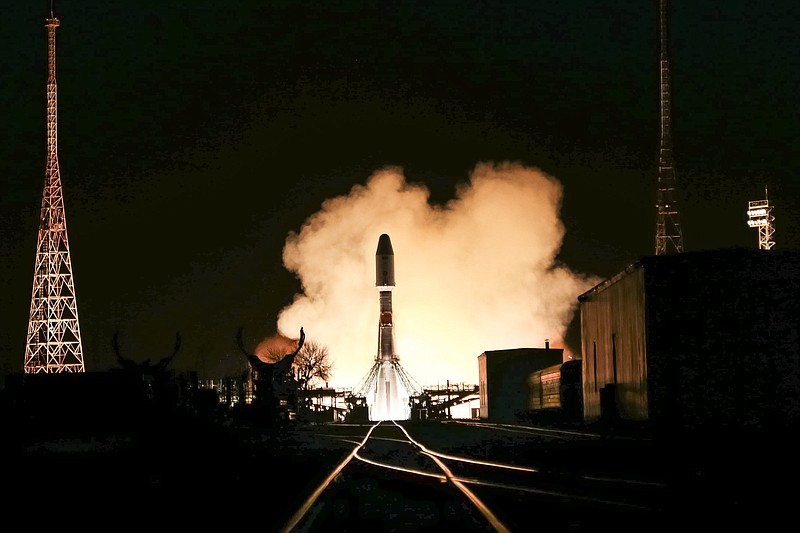 MOSCOW -- A Russian rocket blasted off successfully Wednesday to deliver a new docking module to the International Space Station.

The Soyuz rocket lifted off as scheduled at 6:06 p.m. local time from the Russian launch facility in Baikonur, Kazakhstan, carrying the Progress cargo ship with the Prichal (Pier) docking module attached.

The craft entered a designated orbit nine minutes after the launch and is set to dock at the station Friday, hooking up to the new Russian Nauka (Science) laboratory module that was added to the station in July.

The new spherical module with six docking ports will allow potential expansion of the Russian segment of the station.

Earlier this week, Russian crew members on the station started training for Prichal's arrival, simulating the use of manual controls in case the automatic docking system fails.

The official said Syria's air defenses shot down most of the missiles, adding that in addition to the casualties there was some material damage.

The Britain-based Syrian Observatory for Human Rights said the strikes killed four, including two who lost their lives when they were hit by parts of a Syrian surface-to-air missile that fell in Homs.

There was no comment from the Israeli military. Israel has staged hundreds of strikes on targets in government-controlled Syria over the years but rarely acknowledges or discusses such operations.

Israel has acknowledged, however, that it targets the bases of Iran-allied militias such as Lebanon's Hezbollah group, which has fighters deployed in Syria. It says it attacks arms shipments believed to be bound for the militias.

Migrants in Mexico agree to disperse

MEXICO CITY -- Mexican authorities say a group of hundreds of mainly Haitian and Central American migrants who had started walking north have agreed to be separated and taken by bus to several cities to apply for humanitarian visas.

The migrant march set out last Thursday with about 2,000 migrants from the southern city of Tapachula.

Migrants have grown tired of the long delay in granting visas in Tapachula, near the Guatemala border, where many say they can't find work.

Mexico's National Immigration Institute said the migrants had agreed to stop their march Tuesday in the southern city of Mapastepec, near Tapachula. The institute distributed video showing many of them boarding buses to other cities in central and western Mexico.

Another migrant march that set out in October is now in southern Veracruz state, but it has dwindled to several hundreds people, down from a high point of some 4,000.

Mexican authorities say the attempts to walk through southern Mexico put the health and safety of the migrants -- many accompanied by children -- at risk.

The Mexican government had relied on a strategy of containing migrants in the southernmost part of the country to alleviate pressure at the U.S. border. But those states are the poorest, and there is far more opportunity to find work in Mexico's northern and western states.

LAHORE, Pakistan -- A thick cloud of smog that enveloped Pakistan's cultural capital Wednesday has earned it the title of the world's most-polluted city, according to a Swiss air quality monitoring company.

Platform IQAir said Lahore has an air quality index of 203 on the US AQI scale, compared with runner-up Dehli, India, at 183.

Increasing smog and particle-laden air has sickened thousands of people with respiratory and other illnesses, forcing many to stay at home on particularly dirty days such as Wednesday.

Dhaka, Bangladesh, came in third with an index of 169, and Kolkata, India, at fourth with a reading of 168.

Lahore was once known as the city of gardens, which were ubiquitous during the Mughal era of the 16th to 19th centuries. Intense urbanization and surging population growth have left little room for greenery across the city, Pakistan's second-largest after the capital, Karachi. 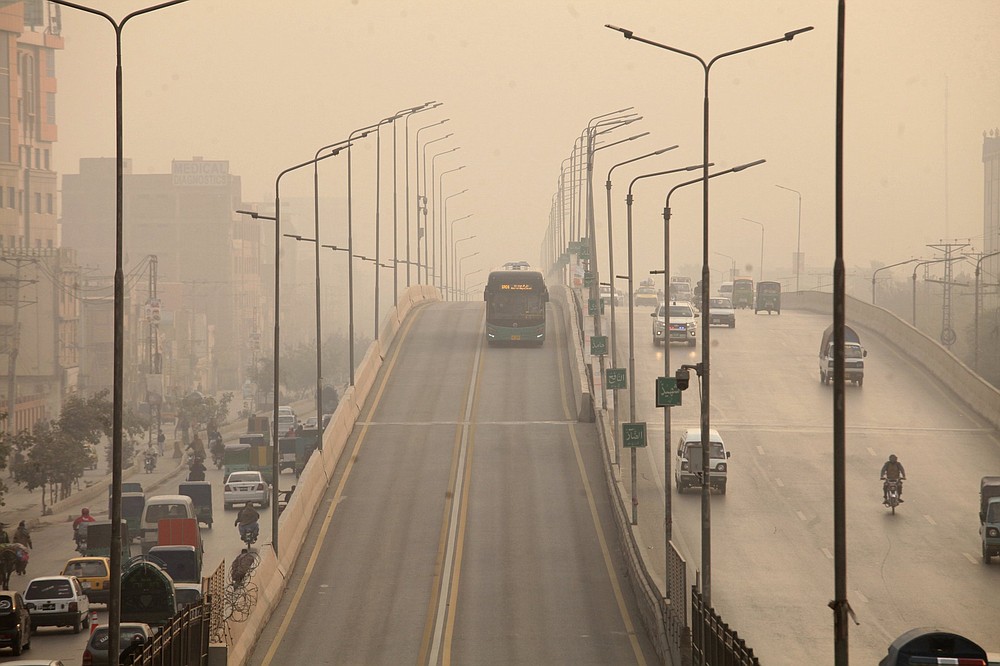 People drive along a smog-shrouded highway in Peshawar, Pakistan, on Wednesday. (AP/Mohammad Sajjad)