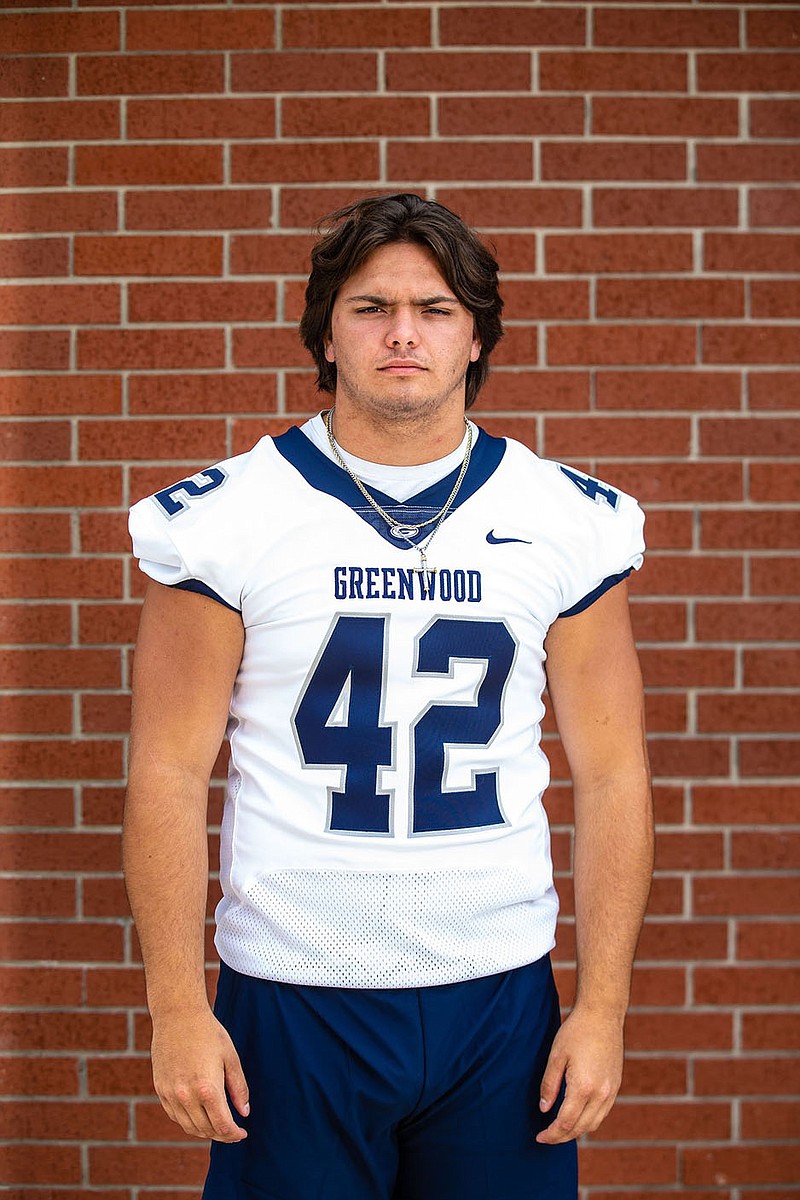 GREENWOOD -- Tyler Crossno didn't have much of a birthday celebration in September.

He spent part of the day on a bus with the rest of the Greenwood Bulldogs traveling to Little Rock for the conference opener against Parkview.

Then he watched from the sidelines at War Memorial Stadium as Parkview bull-rushed his Bulldogs and handed Greenwood a 48-28 loss.

"I was sitting over there watching my team struggle, and I couldn't be out there to help them," Crossno said. "There was nothing I could do about it. That was a hard one. I was upset about that."

That was two months ago. Greenwood and Parkview finished in a three-way tie for second in the 6A-West behind outright conference champion Benton. Parkview lost the next weeks to Lake Hamilton and Benton. Greenwood lost to Benton, also, but earned the second seed mostly due to beating Lake Hamilton, 35-0, in the regular-season finale. Lake Hamilton then was the three seed with Parkview the four.

Greenwood was beaten up by Northside the week before losing to Parkview on the final Friday of September and had nine starters missing against Parkview, who rolled up 420 yards and 22 first downs against the Bulldogs.

"There are two different things I think about," Greenwood Coach Chris Young said. "No. 1, they kicked our tail. They lined up and whipped us. They whipped us on the line. They outcoached us. They got after us. Then No. 2, I feel like we're a completely different football team. We've really improved the last four or five weeks. Getting those guys back has changed the look of our defense."

Quarterback Hunter Houston missed that game as well as Crossno and Landon Kilgore, who form the meat of Greenwood's defense as their two interior defensive linemen.

"Just their size, Parkview is so physical and big upfront on the line," Young said. "Our kids that filled in played so hard, but having a kid that weighs 50 more makes a difference. They've allowed us to play some other guys that didn't play in that game maybe at the interior at defensive end. We got better at a lot of positions because of them."

The 6-3, 267 pound Kilgore watched Parkview, especially Jointer, run all over the Bulldogs on film this week.

"I was thinking if we had our whole team we could compete," Kilgore said. "I saw him run for over 200 yards. I'm thinking, we can't let this happen again. It's like a second chance. It's a second chance to prove to them what we can do as a team."

Parkview, too, will have new players for the rematch.

Darien Bennett adds another weapon at running back. He transferred from Jacksonville during the summer and played in the season opener against Little Rock Southwest, which Parkview later forfeited for using an ineligible player. Bennett has played in the last three games and has 19 carries for 110 yards and a touchdown in addition to starting on defense. Last year, he ran for 910 yards and nine touchdowns as a sophomore at Jacksonville and received an offer from the Arkansas Razorbacks as a freshman after spring drills.

Also, Monterrio Elston is a talented freshman who has become more involved in the offense as the year has progressed at receiver. In the last five games, he's caught 14 passes for 260 yards and four scores.

"Obviously, having Hunter back at quarterback has helped us," Young said. "I feel like we've really improved as a football team. At the same time, those guys have, too. They've got a couple of players that they didn't have when we played them. They have a running back that I think got eligible week 10 that Arkansas has offered. Then they have a ninth-grader that they've moved up at free safety that already has big-time offers. So, they've got some kids that they didn't have that first game as well."

Houston has thrown for 2,624 yards and 22 touchdowns to lead Greenwood's offense while the defense has pitched three shutouts in a row for the first time since 2002.

Parkview quarterback Jaylon White, who has committed to the University of Mississippi, has thrown for 1,594 and 18 touchdowns and run for 412 yards and eight scores.

"Looking at the guys after the game, there were tears," Young said. "From a coaching staff perspective, we understand it's a long year. We had plenty of opportunities to get better. We told the kids that if we did what we thought we were capable of doing, that we would have the opportunity to play those guys again. It came true. Our theme this week is second chances. You don't get a lot of those in life. When you do, you need to take full advantage of it." 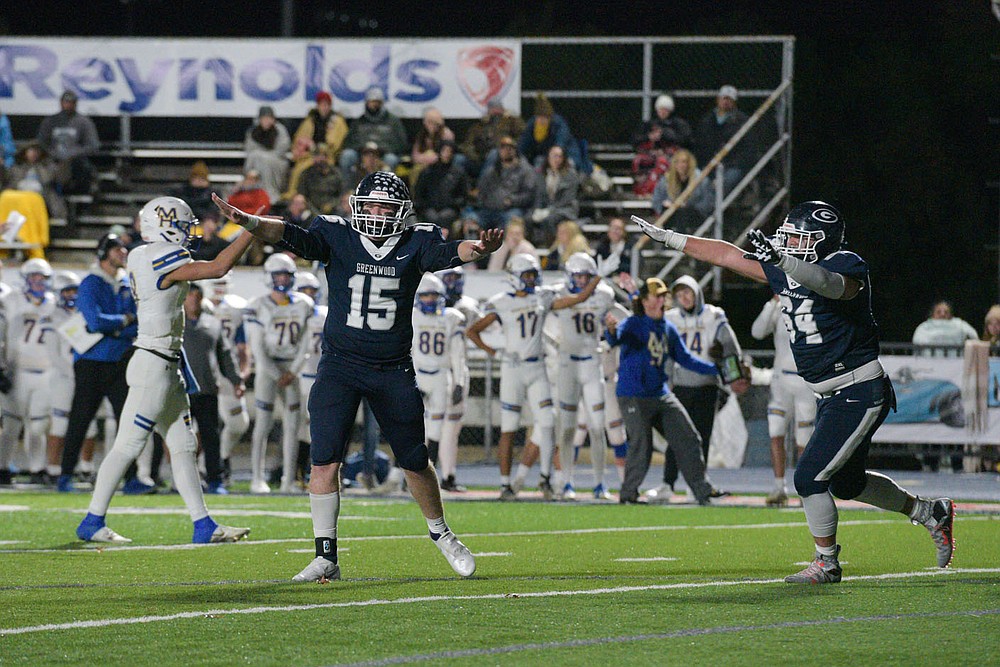 Parker Gill (15) and Landon Kilgore (64), Greenwood senior defensive lineman, celebrate on Friday, Nov. 19, 2021, during the first half of a 42-0 win over Mountain Home in the quarterfinals of the Class 6A football playoffs at Smith-Robinson Stadium in Greenwood. The Bulldogs host Little Rock Parkview in a semifinal game tonight. (NWA Democrat-Gazette/Hank Layton)