Remembering 'Sling Blade': A look back at the Arkansas-made film as it turns 25 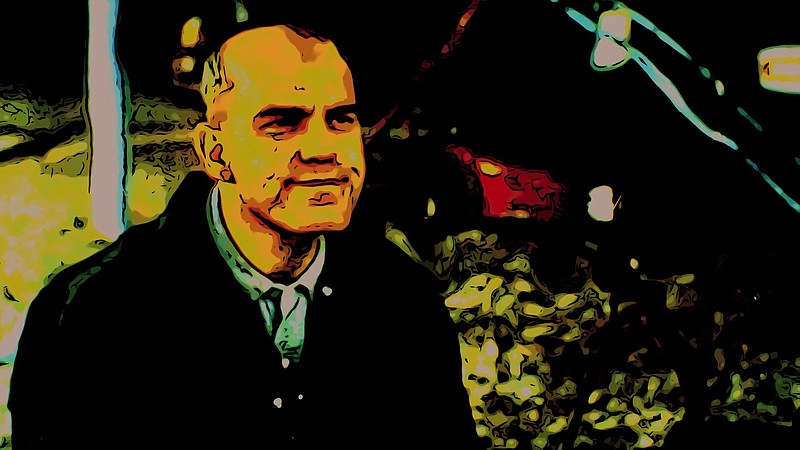 In the Benton-shot “Sling Blade,” his feature-length directorial debut and the first solo script of his screenwriting career, writer-director Billy Bob Thornton portrayed Karl Childers, a child-like soul just released from the “nervous hospital” after his childhood murder of his mother and her lover. (Digital painting by Philip Martin)

Released nationally on Nov. 27, 1996, the movie, filmed in and around Benton in May 1995, was the creation of Arkansas native, actor and musician, Billy Bob Thornton, who adapted it from his 1994 short film "Some Folks Call It a Sling Blade."

He assembled a cast and crew for the full-length feature that included several locals in large and small roles. Natalie Canerday of Russellville was struggling single mom Linda Wheatley; the late Rick Dial, a childhood pal of Thornton's from Malvern, portrayed garage owner Bill Cox; Christy Ward of Little Rock was Melinda and Tim Holder, who grew up in Searcy, played Albert. Theba Lolley, then a student at the University of Arkansas Little Rock, was a crew member in the costume department.

The cast also featured John Ritter, Dwight Yoakam, a cameo by Robert Duvall and J.T. Walsh (who, along with Molly Ringwald, was in the origi- nal short film).

Made for just $1 million, "Sling Blade," which debuted in Arkansas as part of a fundraiser at UA Cinema 150 in Little Rock on Nov. 19, 1996, was a box office hit and a critical success. In his review, Roger Ebert declared: "If 'Forrest Gump' had been written by William Faulkner, the result might have been something like 'Sling Blade.'"

Thornton, who was born in Hot Springs and grew up in Malvern, directed and starred in the film, playing developmentally disabled, froggy-voiced man-child Karl Childers, who tends to end most of his sentences with a grunt. (Even now, 25 years on, you probably know someone who trots out a really bad imitation of Karl.)

Karl returns to his hometown after spending most of his adult life at a state facility -- the "nervous hospital" -- for killing his mother and her lover. He befriends Frank Wheatley, a young boy played by Lucas Black, and Frank's mom, Linda. Karl eventually commits another act of violence to protect them from Linda's dark and abusive boyfriend, Doyle (Dwight Yoakam).

Thornton was nominated for an Academy Award for Best Actor and won for Best Adapted Screenplay. Among its many other nominations was a Screen Actors Guild nod for Outstanding Performance by A Cast (it lost to "The Birdcage").

Canerday had a role in "One False Move," the 1992 thriller co-written by and starring Thornton that was shot in part around Brinkley and Cotton Plant. She was working as the production secretary on the HBO film "The Tuskegee Airmen" in Fort Smith when she got word that Thornton had her in mind for a new role. Bonus: She didn't even have to audition.

"He told me that he wrote the part with me in mind," she says from her home in Russellville earlier this month. (Through his publicist, Thornton declined an offer to be interviewed.)

"I got the script in the next day or two and I read it and it was so good," Canerday says.

But there was some trepidation. "One False Move" had also been a great script and the film was critically acclaimed, but it went nowhere commercially.

"I thought, here's this guy who has written another great script and nothing's going to happen with it. Of all people, Billy Bob and I were the most shocked that 'Sling Blade' took off," she says.

Canerday was living in Little Rock at the time, and there were benefits to working close to home.

"'Sling Blade' was the first movie where I got to go home every night [instead of to a hotel room]," she says. "That was wonderful. It was also the first movie I was on where we worked a five-day week. Billy Bob made sure we were off Saturday and Sunday."

The cast and crew would gather on Saturdays for a potluck and music at a barn on property owned by friends of Thornton's.

"We would all just eat and drink and there was a little studio and people would play music," says Canerday, who would go on to have roles in "October Sky," "Walk the Line" and the series "True Detective," among others.

"Sling Blade" turned out to be Ward's film debut.

"It was a lot of fun," she says. "I'd been onstage before, but this was completely different. Trying to get used to how it all worked was a lot, but Billy Bob Thornton made it all very relaxed and everyone was super kind."

Watching Thornton transform himself into Karl, with his forward-jutting jaw, hunched posture and distinctive voice "was really amazing," Ward says. "He just so easily inhabited that character. He just fell right into it. There wasn't, like, let's take some time for Billy Bob to go from being a director to acting. He was just 100% that character."

There are several interesting cameos through the film, including musicians Vic Chesnutt and Col. Bruce Hampton. Ward was particularly keen on an appearance by indie director/writer Jim Jarmusch ("Down by Law," "Stranger Than Paradise," "Mystery Train," "Paterson"), who played a worker at the Frosty Cream taking Karl's order for "french fried potaters."

"I was on set the day Jim Jarmusch was doing his [scene]. That was super cool. At that point, I was way into his films."

She was part of a dinner scene that involved Ritter and most of the other main characters. Ritter played Vaughan Cunningham, the gay manager of a small dollar store and friend of Linda and Frank.

"I think he was probably one of the more underrated actors," Ward says of Ritter. "He was really good and very engaging."

"John Ritter was just the salt of the earth," says Lolley, who worked in the wardrobe department as a set costumer. "He was a real pleasure."

Yoakam was a different story, she adds. "He was just so intense and took it way too seriously, in my opinion. I kept my distance from him."

Holder played Albert, the boyfriend of Ritter's character, and can be seen in the dinner scene.

"I was on set for one day," he says. "I got there at about 2 in the afternoon and left at around 2 in the morning. It was a busy day, but very fun and memorable. Getting to meet John Ritter, seeing Billy Bob direct and act at the same time, and working with Lucas Black. It was cool."

Holder's character originally had four lines, but it was cut to two. His experience on the film led to him starring in "Where's My Close-up, Mr. Thornton?," the 2007 comedic short written and directed by Tim Jackson from a story by Holder. It also featured Dial, Candyce Hinkle and Canerday.

Lolley was among the producers of the short. As a college student working on the "Sling Blade" crew, she earned credits for one of her classes.

"I represented the wardrobe department on set. I would collect the wardrobe and take it to the [actor's] trailers. Then I'd be with them on set to handle any wardrobe changes or issues. Mainly, it was for wardrobe continuity."

Making some outfits appropriately sweaty was a big part of her job.

"Working with sweat was the hardest. I had to make sure the sweat looked the same and sometimes I would over sweat the shirt. Sweat is tricky."

Lolley, social engagement producer at THV11, helped produce a "Discover Arkansas" piece that aired last week on the anniversary and that visited some of the Benton locations of the film.

Holder, who works at the Bramble Market in Ferndale and recently published the nonfiction book "Anfractuous," says he still gets the occasional residual check from his work on the film, though they're not sizable.

"I'm saving them up to buy a Happy Meal," he says with a laugh.

For Canerday, "Sling Blade" was one of those few-and-far-between moments where everything just clicked.

"It was so fun," she says. "It's rare to have a script that good and people that good and cool. You all work hard and you're all proud of it and for it to come out successful in the end, that's rare. So many times it doesn't work out for whatever reason. But the stars aligned." 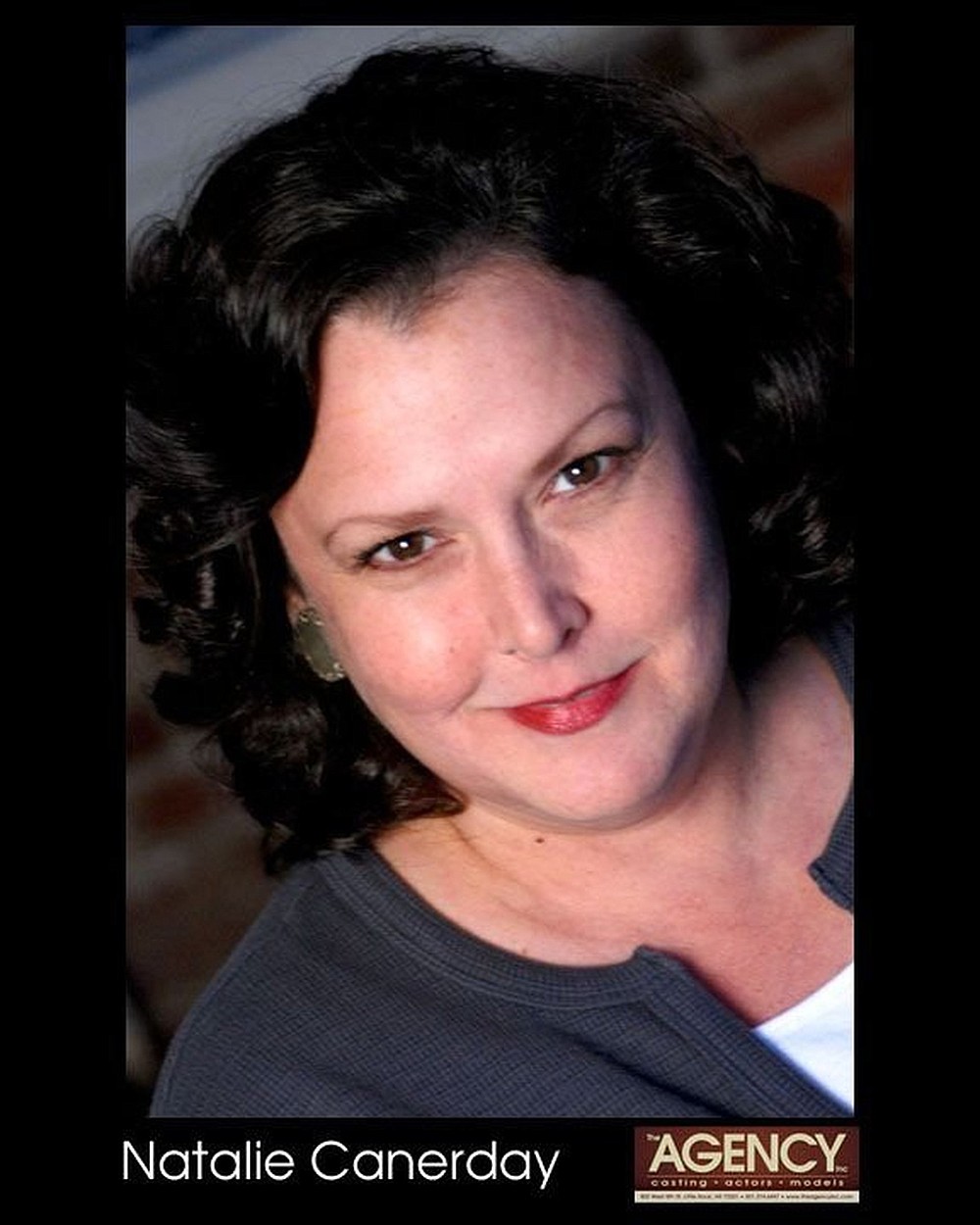 Natalie Canerday of Russellville played Linda Wheatley in the 1996 film “Sling Blade,” which was filmed in Benton. The movie was released 25 years ago this month. (Special to the Democrat-Gazette/Yancey Prosser) 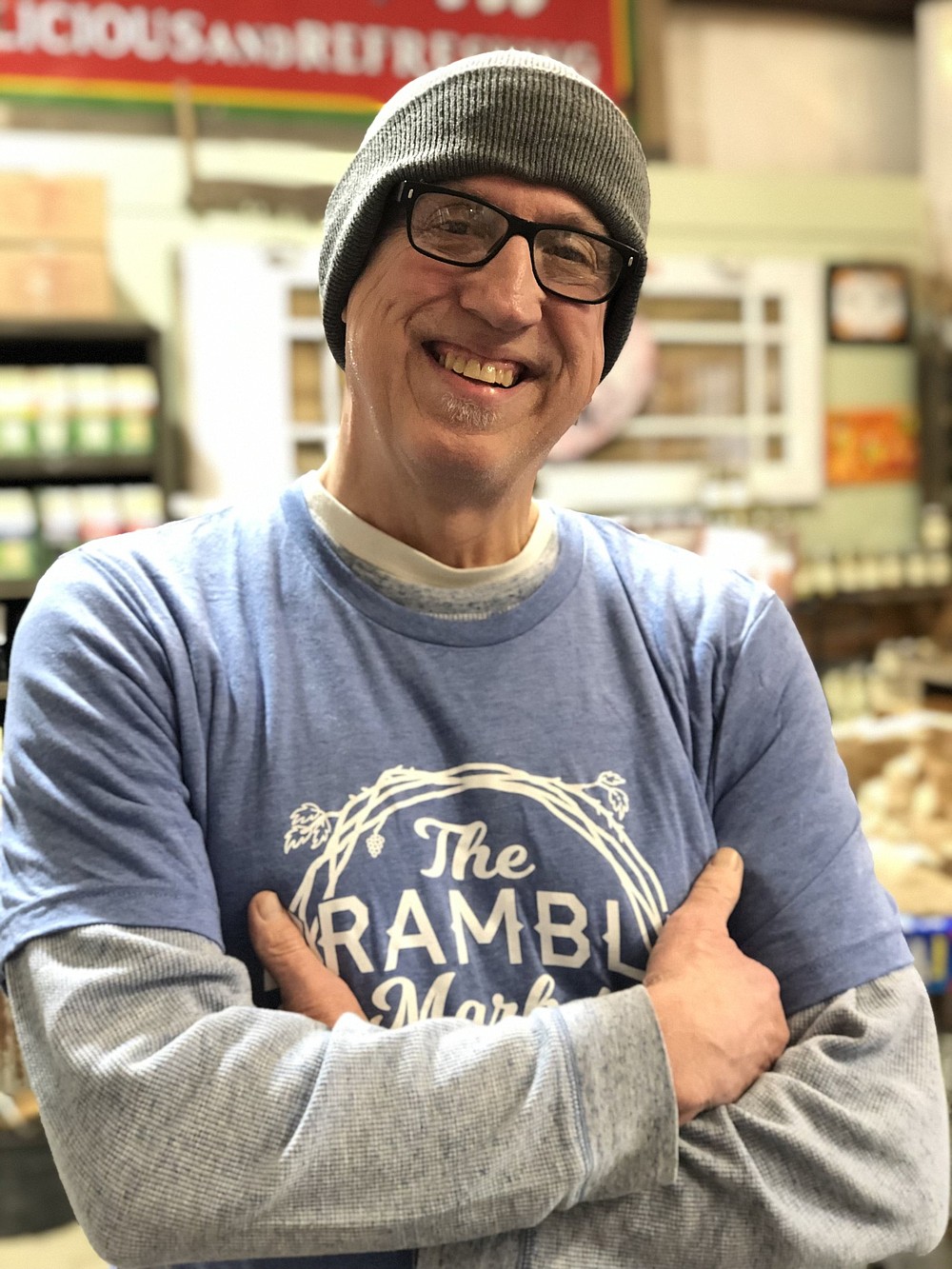 Tim Holder had a small role as Albert in “Sling Blade.” He later starred in the 2006 comedic short film “Where’s My Close-Up, Mr. Thornton?” (Special to the Democrat-Gazette/Micah Rice) 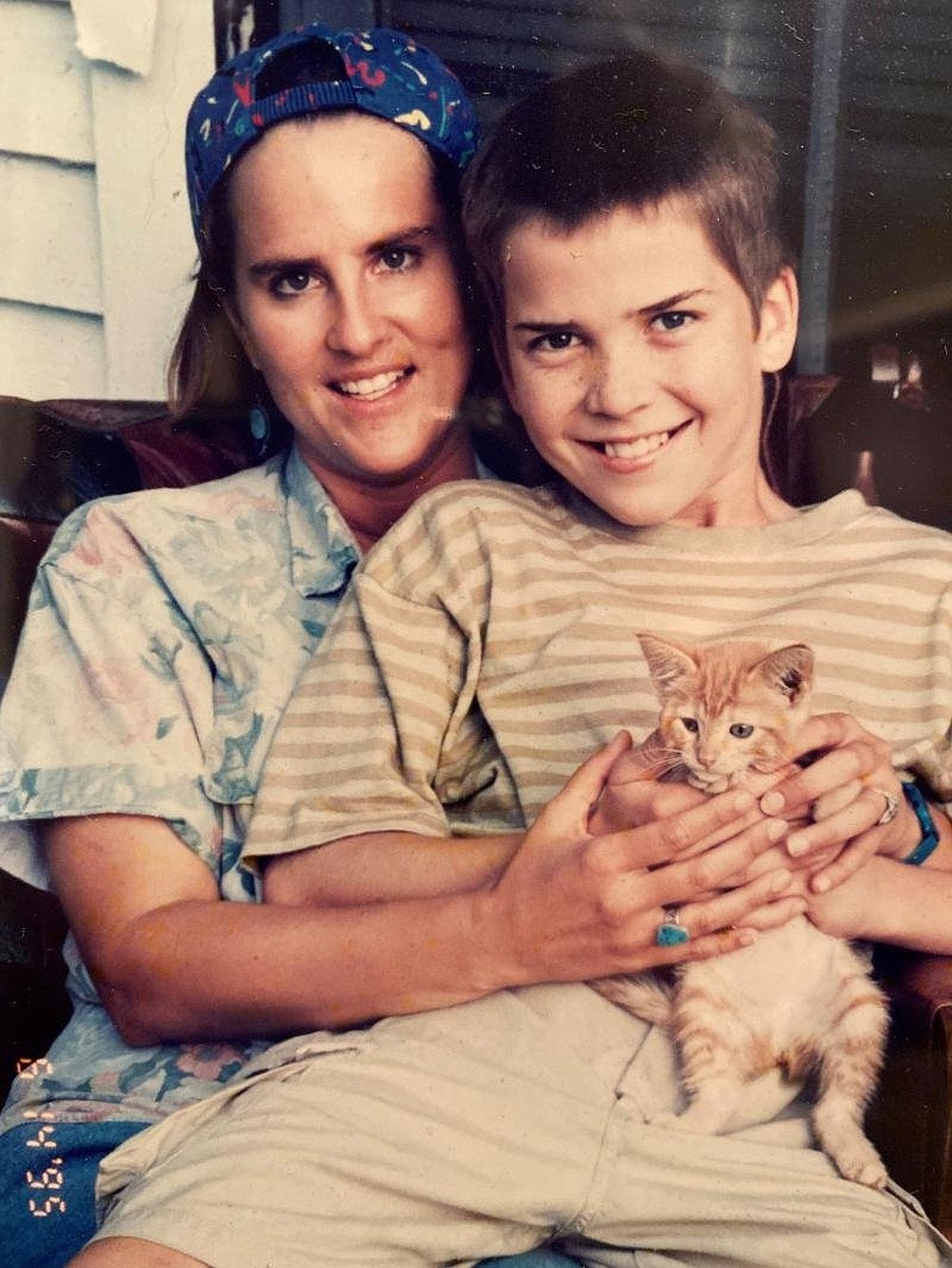 Theba Lolley is shown with Lucas Black on the set of “Sling Blade.” Lolley was a student at the University of Arkansas at Little Rock and worked in the wardrobe department of the film. (Special to the Democrat-Gazette/Jan Black) 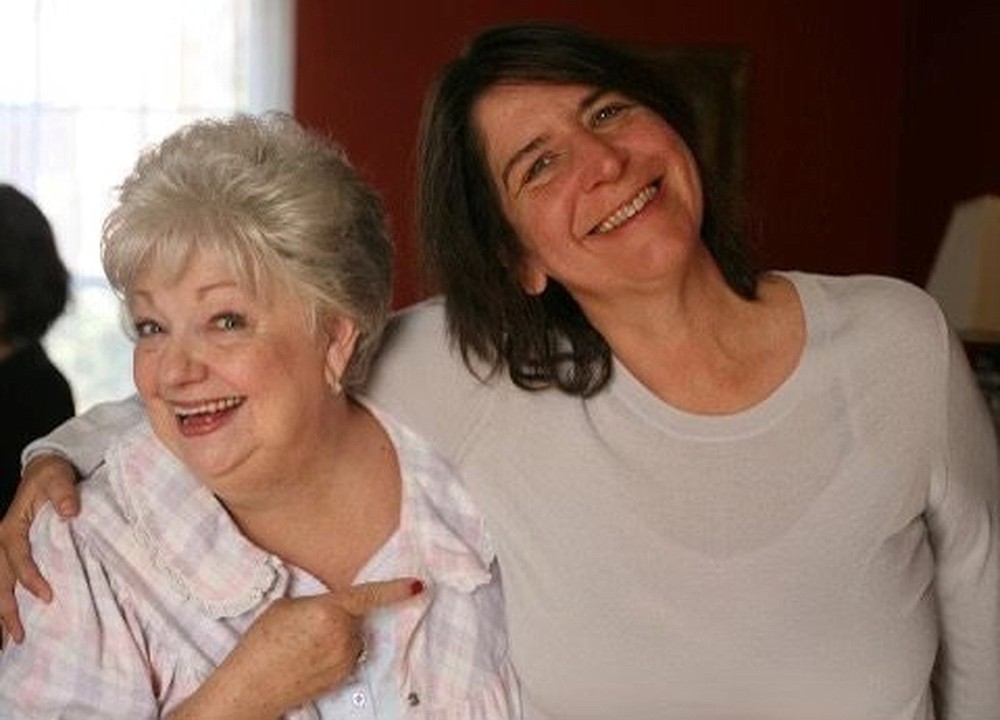 Christy Ward (right) is shown with Little Rock actress Candyce Hinkle in 2012. Ward made her film debut as Melinda in the 1996 film “Sling Blade.” (Special to the Democrat-Gazette/Christa Masters)