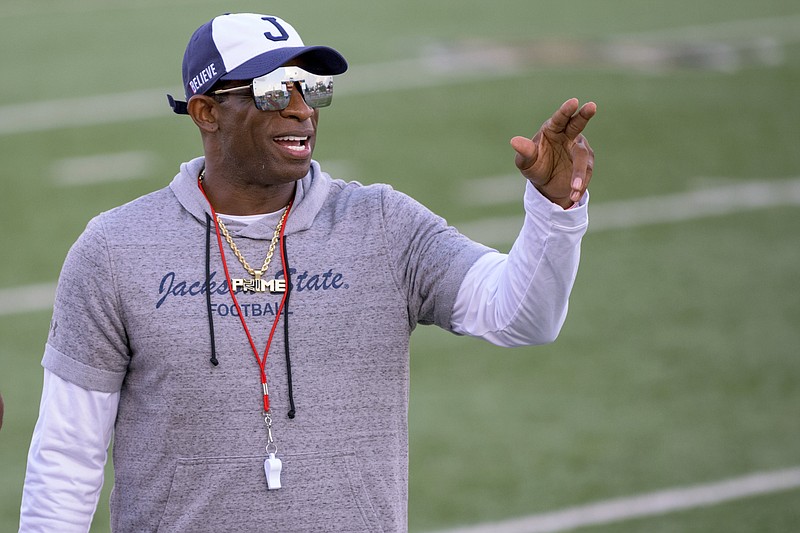 NASHVILLE, Tenn. -- Deion Sanders has been all over national TV, putting Jackson State in the spotlight every time his insurance commercials air.

Hiring Eddie George has had a similar effect at Tennessee State.

Thanks to their high-profile coaches, Jackson State and Tennessee State are reaping benefits from bigger crowds and more interest from top recruits to companies wanting to tap into all the hype, making deals with both universities and players under the new name, image and likeness rules.

"It's just reestablishing our football brand that was so dominant for many decades and just restoring that," Tennessee State Athletic Director Mikki Allen said of George. "He's been everything that I could ask for in a head coach."

Allen said Tennessee State's enrollment already is up, and four-and five-star recruits are looking closely at George and the Tigers. Tennessee State hosted 317 recruits one weekend.

Tennessee State has had corporate interest from companies including The General, Best Buy and bottling sponsor Coca-Cola. A six-figure gift from trucking company Western Express started a new weight room project for the indoor complex.

The Tigers also have partnered with OpenDorse to help athletes who've signed deals with restaurants, vendors, barbershops and cell phones on handling name, image and likeness issues. Allen said brands wanting to tap into George's star power is transferring to his players.

"There's a lot of brands who want to be connected, obviously, to our head coach," Allen said. "But then I think a lot of that star power that he has has transferred over to our student athletes in the sport of football."

The Southwestern Athletic Conference, home to Jackson State, ranked 17th nationally through Oct. 31 among leagues for NIL deals tracked by OpenDorse. The SWAC also will be looking at both attendance and TV ratings to see how that might translate into new packages and more money.

Attendance is also up. With Sanders, Jackson State averaged 41,633 at home games this season. That's a jump of 6,605 per game from 2019, the last full season before the pandemic and a year before Jackson State hired Sanders in September 2020.

Jackson State did not return messages left by The Associated Press seeking interviews for this story.

Sanders' son and starting quarterback, Shedeur, got his own endorsement deal with Beats by Dre. On the field, Sanders has Jackson State (10-1) playing in the SWAC championship game on Dec. 4. Tennessee State (5-6) just wrapped up its season.

"This is a tremendous feat," Sanders said on a recent SWAC coaches' call. "People just thought we were joking when I said we believe, but we really believe without a shadow of a doubt."

The Pro Football Hall of Fame cornerback had a head start on George, going 4-3 earlier this year in the pandemic-delayed spring season.

George was hired in mid-April to revive a program with 13 Black national championships after three consecutive losing seasons, including 2-5 last spring. He guided the Tigers to their longest winning streak since 2016, four consecutive Ohio Valley Conference wins for the first time since 2013 and their best record since 2017 at 5-6.

The enthusiasm around George has not translated into a boost in attendance for Tennessee State. Its largest crowd was in Memphis as part of the Southern Heritage Classic against Jackson State and Sanders. The Tigers did draw 8,627 for a homecoming win over Murray State, but averaged 4,022 for four home games. That's down from 8,787 averaged over seven games in 2019.

"The only way that I can get people in the stands is to put a winning product on the field," George said. "That's it. I mean, of course, I was disappointed in the fact that we didn't have fans, but that's due to the lack of success. So I have to do my part."

That's why Tennessee State will be hiring a recruiting director and improving equipment through a deal with Under Armour. George wants offices, meeting rooms, training rooms and a weight room housed in one building to streamline operations and save crucial time.

Sanders and George have been successful enough to have their names surface for other jobs. George, who won the Heisman Trophy playing at Ohio State, was linked to Akron, while Sanders reportedly interviewed with Texas Christian while recovering from complications after foot surgery.

The man known as Coach Prime said never believe rumors, especially when he's been in a hospital after complications from foot surgery. Sanders said TCU and others are interested in what they're doing at Jackson State.

"They're trying to figure out the formula," Sanders said. "There ain't no formula man. It's loving on these kids, challenging these kids, holding these kids accountable. Making sure they maintain themselves to be smart, tough, fast and disciplined. That's the secret. Not everyone has this recipe." 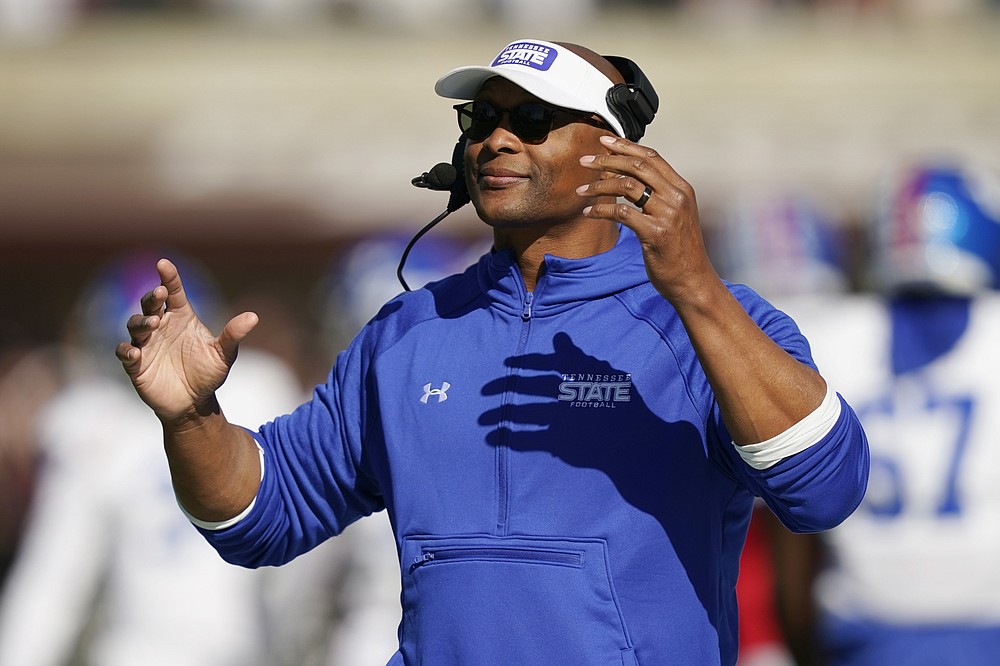 FILE - Tennessee State head coach Eddie George gestures as his team takes the field during the first half of an NCAA college football game against Mississippi State, Saturday, Nov. 20, 2021, in Starkville, Miss. Deion Sanders has been all over national TV, putting Jackson State in the spotlight every time his insurance commercials air. Hiring Eddie George has had a similar effect at Tennessee State. (AP Photo/Rogelio V. Solis, File)