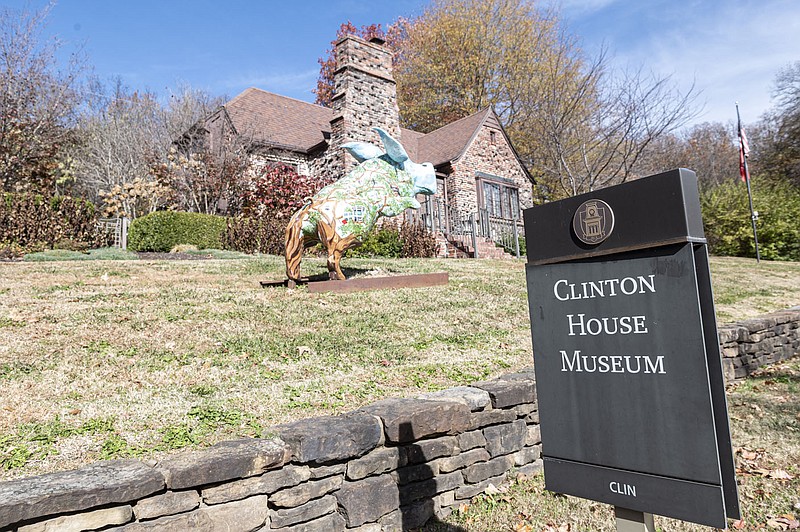 Clinton House Museum board members have closed the house for several months while they come up with a plan for its future. (NWA Democrat-Gazette/Spencer Tirey)

FAYETTEVILLE -- The city's commission on tourism is considering what money, if any, it should put in next year's budget for the Clinton House Museum.

Commissioners discussed the museum's future during a meeting Monday. Jana Mayfield, president of the museum's board, gave an update on efforts over the past year involving the museum.

Since 2005, the city's Advertising and Promotion Commission has operated the Tudor Revival-style home north of Fayetteville High School as a museum dedicated to the Clinton family and political history. The University of Arkansas owns the property and leases it to the commission.

Mayfield asked for about $40,000 next year as the board weighs options for the museum's future. The commission usually put in about $250,000 per year to cover the museum's operation, maintenance and staff costs. Revenue was typically about $20,000.

Bill and Hillary Clinton were married in the living room of the house in 1975. It was added to the National Register of Historic Places in 2010.

The museum housed a number of exhibits and pieces of Clinton family memorabilia. Distinguished lecturers spoke there a few times a year, and the house hosted a number of historically themed events. The garden features the favorite flowers of the nation's first ladies. It attracted about 5,000 visitors annually.

The commission's nearly $4 million total budget this year included just under $40,000 to cover basic museum expenses with no revenue expected. The commission will meet Dec. 13 to discuss next year's budget.

Commissioners had been talking about relinquishing responsibility of the museum for years leading up to the decision. In January 2020, a consultant advised the commission to support the city's tourism assets, rather than own or manage them.

Molly Rawn, chief executive officer of Experience Fayetteville, the city's tourism bureau that the commission governs, said that advice served as the impetus for deciding to let go of the museum. The onset of the covid-19 pandemic made the move more definitive, she said. The $40,000 was meant to keep the lights on while the board had time to come up with a plan to make the museum self-sustainable.

The museum has cost the commission about $43,500 to operate from the beginning of this year to Oct. 31. The total is about $4,000 more than budgeted. Major expenses include rent, the First Ladies Garden, audit fees, internet and telephone service and utilities.

Rawn said she felt including $40,000 in next year's budget -- close to the cost of one full-time employee -- was not too much to ask. She said there were no major expenses that could be cut.

"If we want to live into the commitment that we made, which was we want to help the Clinton house get started on the right foot, this is how we do it," Rawn said.

Commissioner Todd Martin said he felt operating the museum doesn't align with the core goal of promoting the city as a tourism destination. He advocated for the museum to stand on its own and said he was not in favor of granting another $40,000. He asked if Rawn could look at the numbers again to see if a lesser amount would suffice.

"I might look at a lesser amount with a very tight budget," Martin said. "We've already extended the Clinton house a year. Prior to that, our budget on the Clinton house was over $200,000 every single year. So we've spent an enormous amount of money on the Clinton house. While I believe it's part of the community and I want it to remain there, it's not what I see as core to this commission."

Several of the board's new members have experience in fundraising. Rawn is a nonvoting member. The board has been talking with the university about a less expensive, longer-term lease, said Mark Henry, board vice president. The university charges $15,600 annually in rent on a year-to-year lease.

Having a yearly lease makes it difficult for the board to solicit major donations, Henry said. The board has floated ideas on different uses for the space, but not committed to anything for the same reason, he said.

Henry said talks with the university over the lease have been going well. Once the board knows what rent will cost for the year, and how long the museum can stay at the house, it will have a better footing for the future, he said. He anticipated the board would have an answer from the university before the commission's Dec. 13 budget meeting.

"It's really only fair for the commission to know what the true expenses are before they make a decision on how much they're going to grant," Henry said. 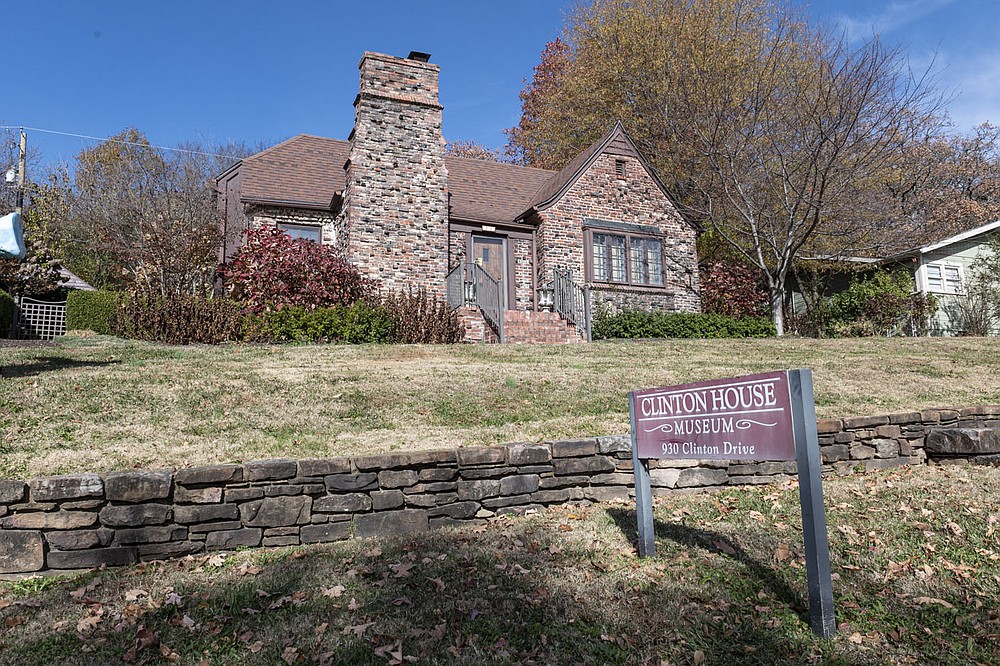 Clinton House Museum board members have closed the house for several months while they come up with a plan for its future. (NWA Democrat-Gazette/Spencer Tirey)