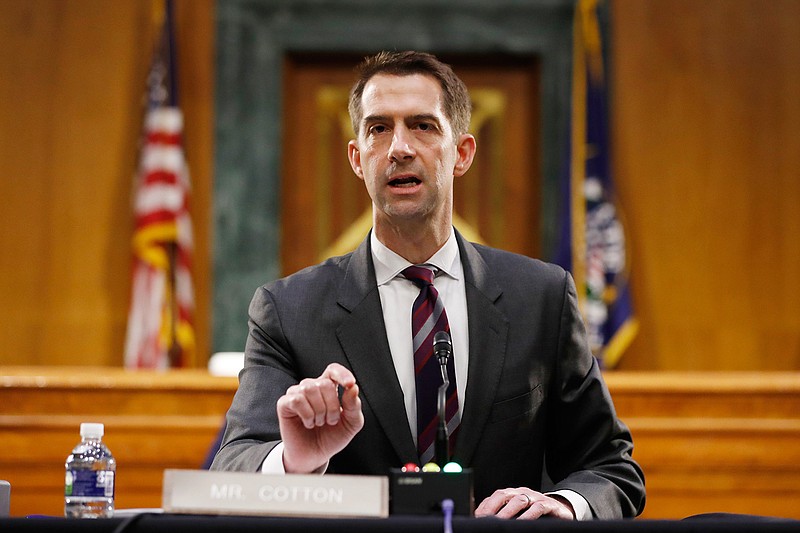 The legislation is not likely to be passed with Democratic control in Congress, but LGBTQ advocates say it underscores a larger legislative trend in which Arkansas Republicans target transgender youths. Transgender minors are being used as a political wedge issue, they argue, and the legislation would simply harm those who do not have supportive families at home.

Under the legislation, schools would not be able to receive federal funding unless they receive parental consent when it comes to affirming a transgender student's gender identity. An affirming action can include using a transgender youth's chosen pronouns.

The bill includes the ability to sue if school districts violate the legislation.

Sarah Warbelow is the legal director for the Human Rights Campaign, the prominent LGBTQ advocacy organization, and is the parent to a transgender daughter.

The bill appears to address somewhat of an "invented problem," she said, arguing that the number of youths who transition in grade school without a supportive family is relatively small because of the reality of living in their home.

"What Tom Cotton's bill [purports] to do is actually take that small number of vulnerable youth and make their lives harder and risk having them kicked out of their homes," she said.

If transgender students are not supported at school, it can make their experience worse and lead to depression and in some cases suicidal ideations, she said.

"It really is signaling to his base that he does not value trans people," she said.

Cotton's office points to a guidance in New Jersey that says a school district will accept a youth's stated gender identity and that parental approval is not needed. The New Jersey Department of Education prepared the guidance.

The purpose behind the document is to "help school and district administrators take steps to create an inclusive environment in which transgender and gender nonconforming students feel safe and supported," according to the guidance.

"Schools should never be allowed to impose radical, harmful ideologies on children -- especially without parents' knowledge and consent," Cotton said in a news release on the legislation. "My bill will protect students and ensure that parents are in control of their children's education."

Cotton's office argued that keeping information from parents and making gender transitions easier without their knowledge "is not a safe practice for anyone," arguing it violates parental rights.

Teachers and school officials have a basic responsibility to keep parents aware of their child's school behavior, along with getting parental consent on decisions about a child's development, his office said.

"This bill asks that schools keep parents informed and receive parental consent before facilitating any important changes -- nothing more. This is common sense," Cotton's office said in a statement.

In many ways, with Democrats in power in Washington, D.C., GOP efforts on social issues have played out at the state and local levels, covering topics like transgender rights, abortion and curriculum over how to educate children about racism.

Arkansas lawmakers generated national attention and public anger from the LGBTQ advocates months ago when the state became the first in the nation to ban gender-affirming care for transgender minors. The GOP-sponsored legislation was approved after a majority of the state Legislature decided to override a veto from Republican Gov. Asa Hutchinson.

The measure prohibits giving hormones to people under 18. Hutchinson had described it as a legislative overreach. In July, a federal judge temporarily blocked the measure.

Transgender youths are already targeted in society, said Danielle May, a Northwest Arkansas resident who is a parent to a transgender youth. When leaders like Cotton announce legislation targeting transgender youths, it only gives credence to people seeking to bully and exclude them, she said.

Some transgender kids transition socially with their friends, but not at home because their parents would not approve, she said.

Supporting Cotton's legislation is the Heritage Action For America, a conservative advocacy group.

Jessica Anderson, the executive director, issued a statement saying schools should never keep important information from parents when it comes to gender transitions.

But allowing schools to affirm their gender is a key way to help transgender youths develop, said Carl Charles, a staff attorney in the Southern Regional Office of Lambda Legal. Plus, teachers and schools use students' preferred names all the time, like when a child wants to be called "Mike" instead of "Michael."

"Educators make school a safe place for all students," he said.

Information for this article was contributed by Rachel Herzog, Michael R. Wickline and Dale Ellis of the Arkansas Democrat-Gazette.