He threw a pool noodle at her -- the rest is history 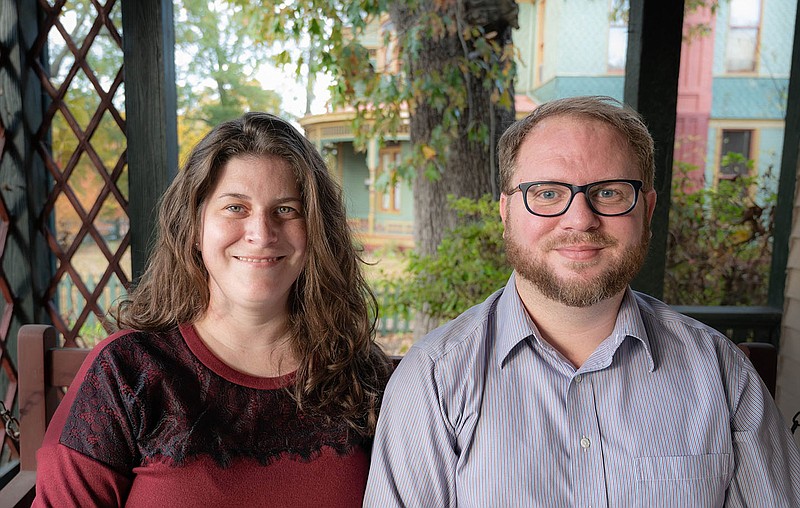 Brandie and Greg Henderson’s relationship began as a summer fling while they worked and volunteered at Camp Tanako while they were in college. “To be transparent, I threw a pool noodle at her head,” he says. “It helped a whole lot.” (Special to the Democrat-Gazette)

Greg Henderson wanted to talk with Brandie Free but she wasn't having it. He did the only thing he could think of to remedy the situation. He threw a pool noodle at her head.

"I was trying to talk to her and she kept ignoring me over and over again," he says. "She would just walk away. I couldn't think of anything else do to and I had the pool noodle in my hand so I just kind of gave it a nice little toss."

It was summer 2004, and Greg was a counselor at Camp Tanako, a Methodist church camp on Lake Catherine near Hot Springs. Brandie was a volunteer.

"She came in just for one weekend camp, and we talked a little bit then. She didn't really pay much attention to me whatsoever," says Greg, then 21, who had just finished his junior year at Ouachita Baptist University in Arkadelphia.

Brandie, a student at the University of Arkansas at Monticello, was back a couple of weeks later, though, and he tried again to get her attention.

The camp had ordered T-shirts for its counselors. The shirts, meant to be aqua but closer to neon lime green, Greg says, were supposed to be in men's sizes but were in the smaller women's sizes.

"It was like you needed sunglasses to be around me. And it was so, so tight," he says of his shirt. "It was terrible. It wasn't my best shining moment."

Being hit with a pool noodle didn't hurt, says Brandie, but it didn't impress her either.

"I just kind of glared at him when he did it," she says. "I really don't know what clicked to make me decide to go talk to him, but I went down to the archery range -- I may have walked down there with one of the girls from my cabin -- and he just started talking to me and it was just a really good conversation. He's a good listener."

She watched as he taught 11-year-olds to use a bow and arrows.

Shortly after that Greg caught pinkeye from one of the campers, and the camp director informed him that he would have to take the week off to avoid spreading the infection.

"Here I am, sitting at camp and I'd finally gotten Brandi to talk to me a little bit and I was kind of interested in seeing what that was about," he says. "And I'm going to have to leave."

He went to an emergency clinic in Hot Springs.

"I was like, 'Look, I don't care what you give me. Just please give me something to where you can clear me to come back to work this week,'" Greg says. "They gave me some kind of antibiotic eye drops. I can't do eyedrops to save my life, but I had a volunteer who was a Marine hold me down to put the eyedrops in my eyes so I could get back to camp that week."

He made it back just in time for the final two days of the summer session.

When camp ended, Brandie left for Monticello and Greg returned to Arkadelphia. The distance led to more communication.

"Once we got back into school she would come over to Arkadelphia or we would go back to Benton real quick and spend a day and we would go do things, or I would go to Monticello and we would go on a date there," he says. "It was a lot of driving two hours back and forth across south Arkansas."

Toward the end of their final semester, as Brandie prepared to start respiratory therapy classes at the University of Arkansas for Medical Sciences in Little Rock, she visited Greg in Arkadelphia and they took a road trip together to Hot Springs.

Greg had arranged for them to go back to Tanako, and as they approached the camp Brandie realized he was probably about to ask her to marry him. Her parents, she knew, were not in favor of her getting married just yet.

"They were just afraid I was rushing into it," she explains.

When she finally agreed to get out of the car, they walked to the chapel that overlooks the lake and that's where Greg proposed.

They were married 2 and a half years later, on Aug. 18, 2007, at Rock Springs United Methodist Church in Wilmar, near Monticello.

Greg had just started a new job and had no vacation time accrued. His boss made a deal with him: if he would choose a honeymoon site that would allow him to also visit a client he could take time off to celebrate their nuptials. They went to Gulf Shores, Ala.

Greg and Brandie live in Little Rock. He is the publisher of Rock City Eats; she is a respiratory therapist. They have two children, Aiden, 6, and Ava, 10.

"After so many years together what we've found is that where I'm weak she's strong. We complement each other perfectly," Greg says. "We don't really step on each other's toes in any way and we kind of fill in the gaps for the other person." 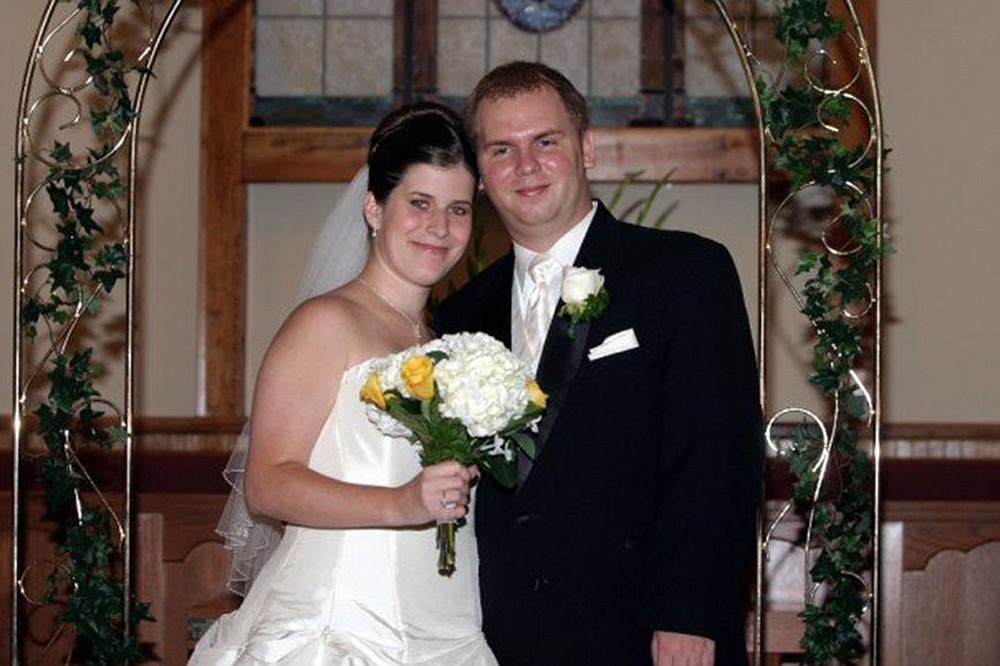 Brandie and Greg Henderson were married on Aug. 18, 2007. They have found that he’s the yin to her yang. “We have enough similar things that we like to do that our personalities and things being opposite just works for us,” Brandie says. (Special to the Democrat-Gazette)
More News

Print Headline: He threw a pool noodle at her -- the rest is history