Beth Milligan is a superhero to people and creatures as a primary care physician and avid animal rescuer. by Werner Trieschmann | November 28, 2021 at 2:04 a.m. 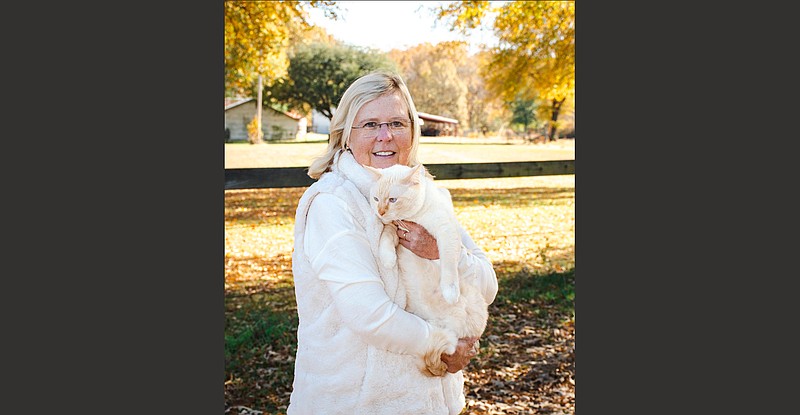 “If I couldn’t hold one of my animals at the end of a long day, I don’t know what I would do. It makes me feel better about what I am doing. Showing passion for an animal is the best thing you can do. It is about the power of healing.” -Beth Milligan (Arkansas Democrat-Gazette/Cary Jenkins)

When mild-mannered Clark Kent would transform into superhero Superman, he would have to duck into a phone booth (back when the world had phone booths) to chuck his glasses (which was, of course, the perfect disguise) and clothes to reveal his Superman outfit complete with cape and large S on the front.

When Beth Milligan transforms from an anything-but-mild mannered primary care physician to super rescuer of turtles and protector of animals, she doesn't have to find a phone booth or even change her clothes. For Milligan, it could be that she gets a phone call about a turtle that needs help.

Milligan gets many calls about turtles that have been hit by cars or damaged in other ways because she is a certified wildlife rehabilitator with a permit from the Arkansas Game and Fish Commission. Even with her medical practice in North Little Rock, Milligan can get calls from all over the state when somebody needs her help with a turtle.

To say that Milligan is an active advocate for turtle rescue and other animal conservation concerns is an understatement. She has a YouTube channel called Dr. Beth the Turtle Woman, where she describes herself as "Physician, Musician, Animal Lover and turtle rescuer." The numerous videos posted cover Milligan's life and various happenings on her farm, called Area 51. The videos have clearly struck a chord with the small but devoted number of subscribers.

One video called "Goose Eggs for Breakfast" shows Milligan cooking up a giant egg from one of the geese on her farm. A comment posted to the video remarked, "I always wanted to know what they tasted like. It looked delicious. Great review!! Now how do I explain to my husband that we need geese. Lol."

Adding to her work with turtles and her efforts on YouTube, Milligan recently signed on to be a docent for the Little Rock Zoo. The time Milligan spent learning to be a guide for visitors of the zoo comes about because of Milligan's belief in spreading the word about conservation.

"We are very excited to have her here," says Susan Harris, the docent volunteer coordinator for the Little Rock Zoo. "She has sailed through our training program. She will work with our education department. We require a lot from our docents. Beth is 100% on board. For her to fit us in her schedule, we are honored."

For Milligan, a crucial litmus test for humans is to watch how they treat animals.

"The way people treat animals tells you about that person," Milligan says. "Animals are helpless. There is a reason God put them on earth. I am passionate about helping animals. We are encroaching on their habitats. We need to be aware of what we are doing."

The woods near her home in Batesville played a key part in Milligan's early childhood.

"We had a neighborhood with lots of kids who stayed outside," Milligan recalls. "We were surrounded by woods. We built forts and climbed trees. That was very normal for me."

Milligan's father, a Korean war veteran, was a truck driver and her family was complete with her mother, a homemaker, and her younger sister. Her young world was small enough in Batesville where her kindergarten and elementary schools were close enough to be within walking distance.

Though she said she played a season of soccer "because my family wanted me to," Milligan says she was more of a "music and artsy person."

Creative outlets weren't exactly the easiest things to find and so Milligan grabbed any chance she could to show off her skills and imagination.

"My best friend was a boy, Bob Stobaugh," Milligan says. "We would put on shows for our neighborhood. He was a magician and I was his assistant. We would also sing and play and do musicals. I am sure everybody in the neighborhood could hear us. We were into creative stuff like that."

When Milligan was in junior high, she was introduced to music and playing in a band, which would quickly become a passion that would last well beyond her days at school.

"In junior high, I was focused on the band," Milligan says. "The high school band would come and play for us. I ended up playing. It was all boys and I was the only girl playing in my troupe. I loved the band. It meant everything to me."

Family life at that time meant big get-togethers in Batesville during the holidays. Milligan's mother had a big family and this meant a lot of cousins congregating together.

"I was taken good care of by my family," Milligan says. "We would go camping at Heber Springs. Dad would get out the camp stove and make breakfast. We didn't do big trips because my dad as a trucker driver was gone some. My parents got me a piano. We would all come up and crowd around to sing at the piano. We were a very faith-based family. I wish everybody had a family like I did. The world would be a better place."

When talking about herself, Milligan doesn't hesitate to say that she's a nerd.

"Do you know the character Amy [Farrah Fowler] on 'The Big Bang Theory?'" Milligan asks. "They stole my life."

A medical lab has always been a second home for Milligan. Her interest in science began in earnest at Batesville High School and Margaret Henley's class.

"That was where I dissected my first fetal calf," Milligan says. "I loved her teaching style. In my yearbook she wrote, 'I will always be watching you.' She made me believe in myself and what I could do. I never enjoyed classes as much as I did her class. That drove me to take the path that would eventually lead me to becoming a doctor."

Her interest in the sciences and medicine were strong enough even in high school that Milligan sought a job that would get her closer to this new world.

"I got a job at a hospital as a nursing assistant," Milligan says. "I was going to rooms and would hang IV bottles and calculate the drip rate. I would give patients bed baths. I was given more responsibility than a normal nursing assistant."

The next stop was Lyon College, which, as Milligan notes, "was two blocks from my house."

"I am working at the hospital and I am essentially living on campus. I was the biggest geek in the world. I would drive my bike around with a big old thing of books in the basket."

If there was any kind of party scene at Lyon during her years there, Milligan didn't take much notice. She had her work and classes while also carving out some time to feed her love of music.

"I am actually introverted," Milligan says. "I am not into the partying scene.

"I was in the band there. I played trumpet and switched over to French horn at Lyon."

Attending medical school at the University of Arkansas for Medical Sciences didn't happen for Milligan right after earning her degree at Lyon. After college, she worked full time for the lab at the White River Medical Center.

"It was the late '70s and it was still difficult for women to get in medical school," Milligan says. "I was a little behind [to start] going through the process. I was working to saving my money so I wouldn't go into debt."

Milligan was in her first year of medical school when she was 30 years old. At UAMS, Milligan figured out that primary care was the type of medicine that she would practice. The appeal was easy to understand for the young woman from Batesville.

"I did like primary care," Milligan says. "I was attracted to rural medicine. [With primary care] you get to do everything. You know when you need to get help with a patient and send them to a specialist and you know when you can take care of them. I have done some mission work in other countries and being a primary care physician is very helpful on those missions."

It was after Milligan had set up her practice in North Little Rock when she had a fortuitous meeting with Mark Bauer, a pharmaceutical representative selling antibiotics.

Milligan points to their shared backgrounds as being a main part of the attraction.

"I didn't date. I was busy being a doctor. He rode horses and was a country guy. I know I said at one point, 'I like that I can take you to Sonic and you are totally fine about it.' That is kind of how that happened. We are rural people. I am a proud country girl."

Even as she sees patients in her office in North Little Rock, Milligan gets her country fix by living on a 100-acre farm. There she holds court with a menagerie of animals.

"I have a pet turkey named Grace," Milligan says. "She gives me hugs. I have several chickens and several ducks. I have African geese and a rescue cat."

She says that where she lives is a "dumping ground" where animals that are no longer wanted are tossed aside. Though she has a permit to rescue turtles, her identity as one who can save almost any kind of hurt or abandoned animal is well known.

"I had a call from the Little Rock police," Milligan says. "They had a duck they brought to me. I got him rescued and rehabilitated."

During the last year and a half as covid cases have spiked, Milligan has had stints working in the emergency room. The experience has been harrowing to say the least.

"I was working in the ER before the vaccine, when we didn't know how we were going to treat covid. I thought, 'Oh my gosh, [the virus] is going to kill everybody.' It's definitely been an eye-opener, for sure."

Milligan says that she has lost some close friends to the disease and it has left her "heartbroken."

Even at the end of very taxing days, Milligan is given a lift by her animals and her continued work to rescue and save any and all that she can.

"If I couldn't hold one of my animals at the end of a long day, I don't know what I would do. It makes me feel better about what I am doing. Showing passion for an animal is the best thing you can do. It is about the power of healing."

• EVERY MORNING I MUST HAVE: I must feed my animals before I get a cup of coffee -- they come first.

• A BOOK I READ IN HIGH SCHOOL THAT HAS STAYED WITH ME: "Little House on the Prairie."

• THE SINGLE THING I WANT PEOPLE TO KNOW ABOUT TURTLES: They need to stay within a few acres of where you find them.

• ADVICE I WOULD GIVE TO A FIRST YEAR MEDICAL STUDENT: You can't please everyone all the time.

• AN ACCOMPLISHMENT I AM MOST PROUD OF: Going on a Honduran medical mission trip as a physician.

• WHY PLAYING MUSIC HAS BEEN AN IMPORTANT PART OF LIFE: Music allows me to communicate my emotions without words.

• ONE WORD THAT SUMS ME UP: Compassionate 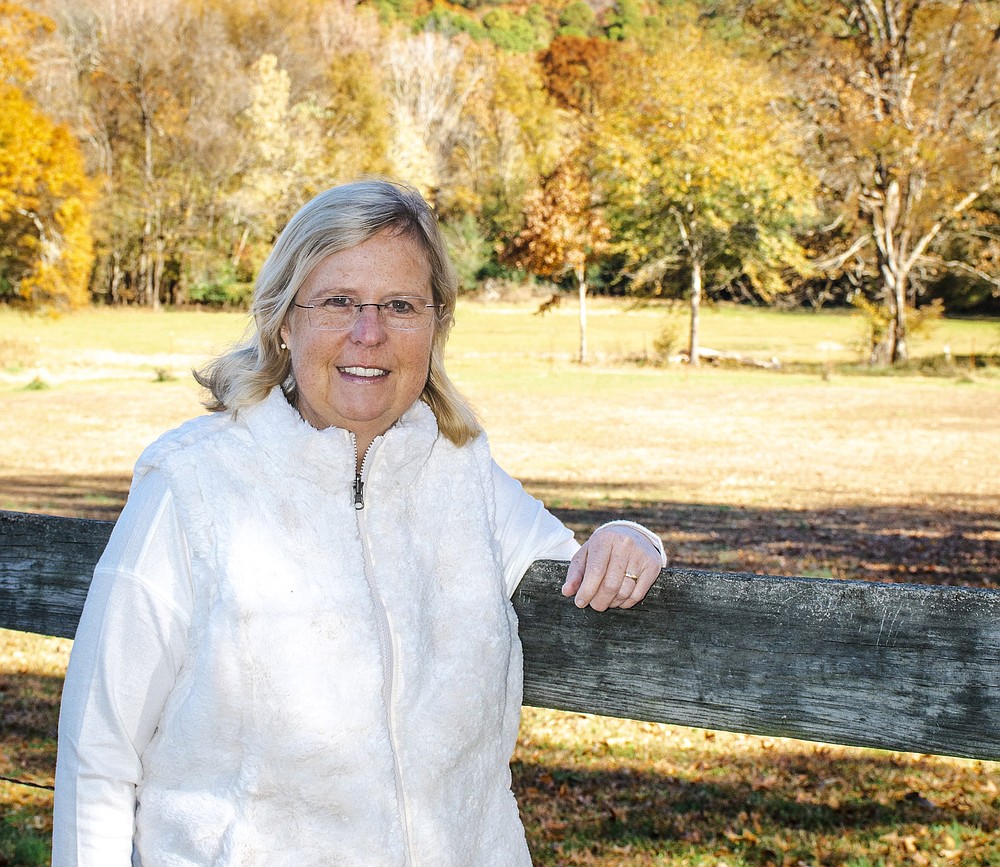 “The way people treat animals tells you about that person. Animals are helpless. There is a reason God put them on earth. I am passionate about helping animals. We are encroaching on their habitats. We need to be aware of what we are doing.” -Beth Milligan (Arkansas Democrat-Gazette/Cary Jenkins)