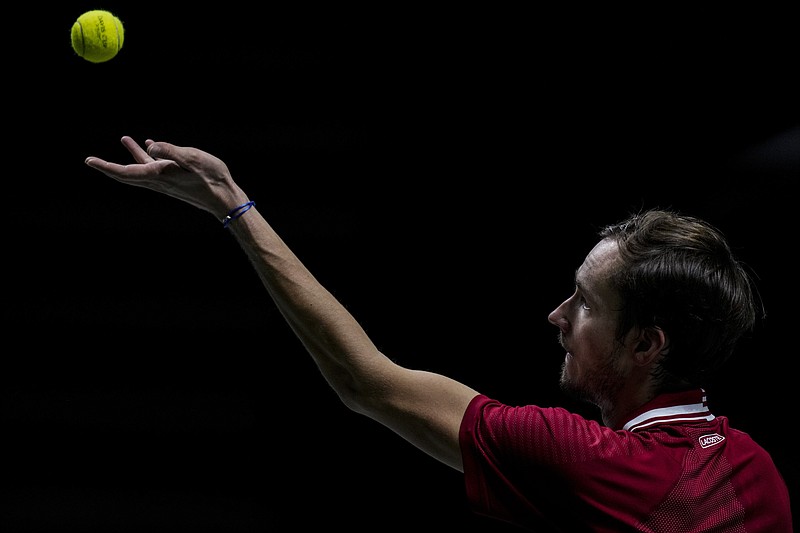 Second-ranked Daniil Medvedev helped Russia beat Ecuador at the Davis Cup finals on Saturday, setting up a clash with Spain to decide which will go through as a group winner.

Medvedev eased past Emilio Gomez 6-0, 6-2 after breaking his serve five times to give Russia an insurmountable 2-0 lead.

"I wanted to keep it clean from the first to the last point of the match and I am happy to bring the point to the team," the U.S. Open champion said.

Teammate Andrey Rublev started the tie with a more difficult than expected 6-3, 4-6, 6-1 win over Roberto Quiroz.

Russia and defending champion Spain have one point in Group A, which is being played in Madrid. They will meet in the Spanish capital today with expectations of a good crowd.

Britain, Australia and Kazakhstan also won their ties on Saturday.

"It is always good to get the tie done and dusted in the singles and not have a nervy doubles match," Evans said. "I never want to be sat there at 1-1, I want to be 2-0."

Rinderknech teamed with Nicolas Mahut to recover the doubles point for France by beating Joe Salisbury and Neal Skupski 6-1, 6-4.

Britain and France have one point in Group C. Britain plays the pointless Czech Republic, which already lost to France, with the chance to seal its spot in the quarterfinals.

Sweden was one win away from advancing from Group B after Elias Ymer hit nine aces to beat Mikhail Kukushkin 6-3, 7-6 in the first singles against Kazakhstan, played in Madrid.

But brother Mikael Ymer fell to Alexander Bublik in three sets before the Kazakhs clinched the comeback in the doubles.

Bublik lost his first set but rebounded to win 3-6, 6-4, 6-0 while hitting 10 aces. Andrey Golubev and Aleksandr Nedovyesov then brushed aside Andre Goransson and Robert Lindstedt 6-3, 6-3.

Kazakhstan can clinch its sixth quarterfinals appearance if it beats Canada, which has already lost to Sweden.

"This I think gives us a lot of confidence," Kazakhstan captain Yuriy Schukin said. "For tomorrow, the guys are ready. We know the court."

Australia staved off elimination after coming from behind to top Hungary 2-1 in Turin.

Australia, a 28-time winner, has one point from two ties in Group D. Croatia has one point before playing Hungary, which has zero.

"It was a war of attrition (for de Minaur)," captain Lleyton Hewitt said. "In doubles our boys were in control, but you never know in doubles. But I think we really deserved it."

The 18-team competition was not played last year because of the pandemic. There aren't any fans allowed in Innsbruck due to local health restrictions imposed because of a spike in cases in Europe. Capacity is at 60% in Turin and 75% in Madrid. 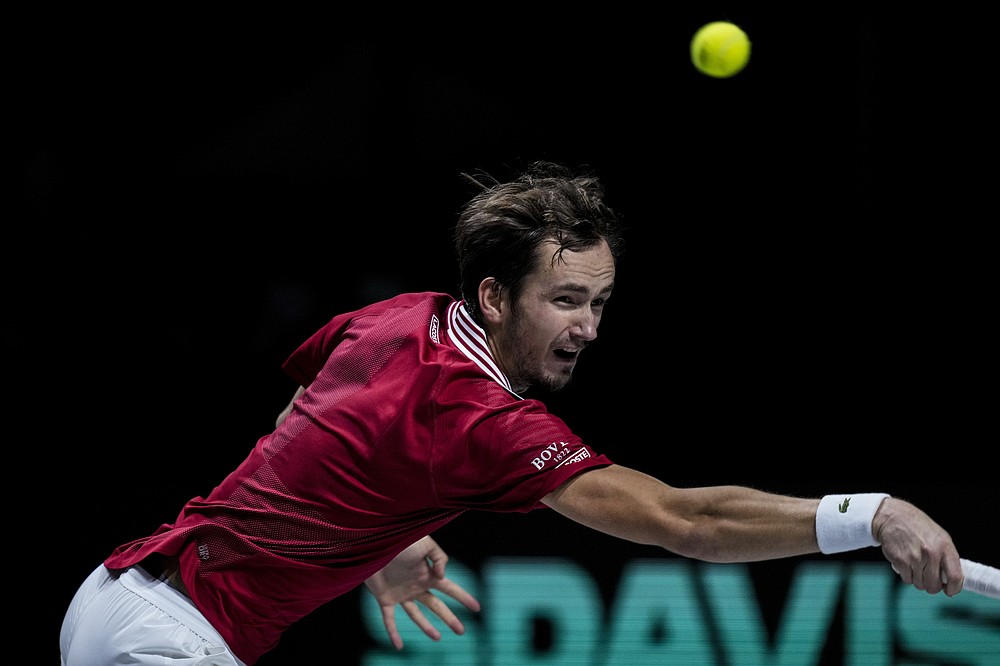