New Arkansas legislative districts to be voted on Monday, amid complaints of how lines split minorities, cities and counties 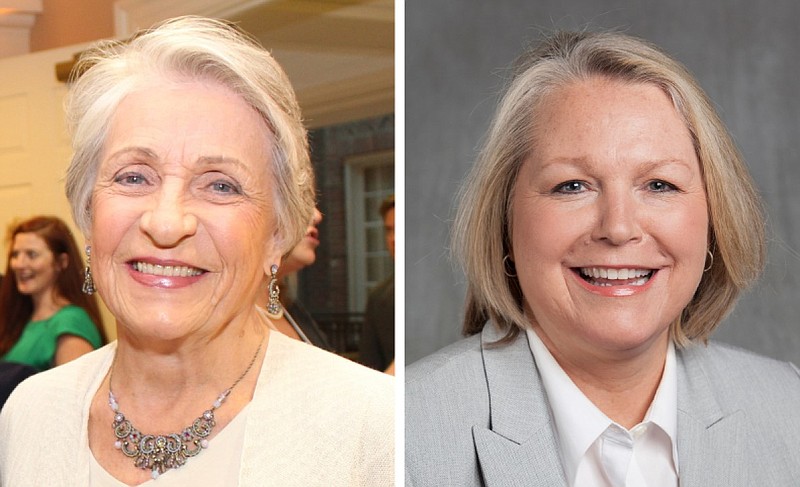 A state panel is set to vote Monday on finalizing new districts for the Arkansas House and Senate, amid concerns about minority representation and municipal splits in the proposed maps.

The Arkansas Board of Apportionment -- which consists of the governor, attorney general and secretary of state -- redraws the state's legislative district maps based on U.S. census data every 10 years.

All three positions are now held by Republicans, the same party that holds a majority of the Arkansas House and Senate seats. The board hired former state Supreme Court Chief Justice Betty Dickey as redistricting coordinator.

The new maps factor in population growth in Northwest Arkansas and Central Arkansas by adding seats to those regions while geographically expanding districts in the southern and eastern parts of the state.

When the proposed maps were first unveiled at the board's Oct. 29 meeting, board officials said the new maps increased the number of majority-minority districts in the House from 11 to 13, adding a predominantly Hispanic district in Northwest Arkansas and a majority-Black district in eastern Pulaski County.

The number of majority-minority districts in the state Senate would remain the same, at four, according to the board.

But Wednesday, the American Civil Liberties Union of Arkansas said in a letter to the board that the maps severely underrepresent Black Arkansans and do not comply with Section 2 of the federal Voting Rights Act of 1965. The proposed maps also unnecessarily divide communities of interest, the letter states.

The Voting Rights Act requires that the number of majority-minority voting districts be proportional to the minority-group members' share of the population.

Black people make up 16.5% of Arkansas' population, but the proposed House map creates only 11 majority-Black districts out of 100 when they could have reasonably created 16, according to the letter.

The letter also states that the proposed House District 34 in eastern Arkansas eliminates an existing majority-Black district in Mississippi County.

Board of Apportionment officials could not be reached Wednesday evening.

In a written statement Tuesday, Dickey said the board could not answer questions from the Arkansas Democrat-Gazette about majority-minority districts, including whether they were configured based on total population or voting-age population, because the maps were still being edited.

On Friday, two other groups, the Arkansas Public Policy Panel and Arkansas Citizens First Congress, released a report stating that they found serious deficiencies with the Board of Apportionment's proposal, saying it split the minority vote, protected incumbents, didn't follow political subdivisions and created districts that weren't compact. They asked that the maps be redrawn.

Gov. Asa Hutchinson said at his weekly news conference Tuesday said changes to the maps should be based on public comments, which the board's staff is reviewing.

In response to the complaints made Friday, Hutchinson said in a written statement that the redistricting maps were not final at that time.

"[S]taff will continue to review public comments until final maps are adopted on Monday," he said. "We are happy to answer all questions regarding redistricting on Monday following the Board of Apportionment's adoption of the maps."

House Democratic Leader Tippi McCullough of Little Rock said earlier this month that some members have seen the minority-group populations of their districts change.

The new majority-minority district would include parts of Jacksonville, as well as McAlmont, a majority-Black community -- pulling from districts currently represented by Rep. Mark Perry, D-Jacksonville and Rep. Jamie Scott, D-North Little Rock -- directly east of North Little Rock and stretch down to the southeast corner of Pulaski County.

The district would be bordered to the west by the Arkansas River, and to the south and east by the Pulaski County line.

Perry is drawn into the northeast corner of the new House District 66, which would have a 59% voting-age minority-group population.

Michael Li, a redistricting expert with the Brennan Center for Justice at New York University's law school, said that change wouldn't necessarily negatively impact minority representation if the lines are drawn the right way. He said the ultimate test is election outcomes and whether minority groups are still able to elect a candidate of their choice.

Other factors, including the voter turnout and engagement of minority populations, play a role in that, he said.

In the southern part of the state, some Arkansans who left public comments on the state's redistricting website were concerned about losing minority voting power in the Magnolia area.

The city, which is 41% Black according to the latest U.S. census data, is split between two districts under the proposed redistricting plan, House District 98 and House District 99.

Rep. David Fielding, D-Magnolia, said he was working with the Board of Apportionment to increase minority-group representation in the proposed House District 98.

According to statistics on the board's website, the district's nonwhite population would be less than a tenth of a percentage point over 50%. Fielding said his current district has a minority population of about 54%.

"Right now, as it is presented now, it is not a majority-minority district, but I'm working with the committee [and] hope we can get it somewhat compliant, get it in that direction," he said.

Fielding added that the proposed lines split his own ward.

In Northeast Arkansas, Jonesboro would be split among five state House districts under the proposed maps. The current maps split it among three.

A section of eastern Jonesboro would go to a proposed House District 32 that includes Mississippi County.

State Republican Reps. Brandt Smith and Jack Ladyman, both of Jonesboro, are in the new House District 32, but Smith has announced that he is running for the 1st Congressional District.

Several people who left public comments on the state's redistricting website said they were worried that the districts proposed for the Jonesboro area would disenfranchise voters of color and put parts of the city in districts with rural communities that don't have the similar concerns.

Central Arkansas is set to gain a new House seat to account for suburban growth in Benton and Bryant. The proposed House District 81 will cover a portion of eastern Saline County.

On the Senate side, a proposed Senate District 17 would shift a district covering western Pulaski County and parts of Perry, Van Buren and Conway counties to the north and east to include the city of Conway.

That district's incumbent is Sen. Mark Johnson, R-Ferndale, who has announced his plans to seek reelection. Sen. Jason Rapert, R-Conway, who is running for lieutenant governor, was drawn into a district that includes Perry, Yell, Scott, Polk and Montgomery counties.

Sen. Missy Irvin, R-Mountain View, if reelected, will represent a swath of Faulkner County in a proposed Senate District 24 that includes Van Buren County and parts of Cleburne, Stone, Searcy and Newton counties.

In southwest Arkansas, a district currently held by Sen. Larry Teague, D-Nashville, will be absorbed by proposed Senate District 3 and Senate District 4. Teague is term-limited and cannot seek reelection in the state Senate.

Barring any legal barriers, the maps the board finalizes Monday become law Dec. 30. The new districts will apply to lawmakers elected in 2022; the 100 House members and 35 senators will take office in January 2023.

To view the proposed maps and make a public comment, visit arkansasredistricting.org.