In Central Arkansas, police ramping up as shoppers go out 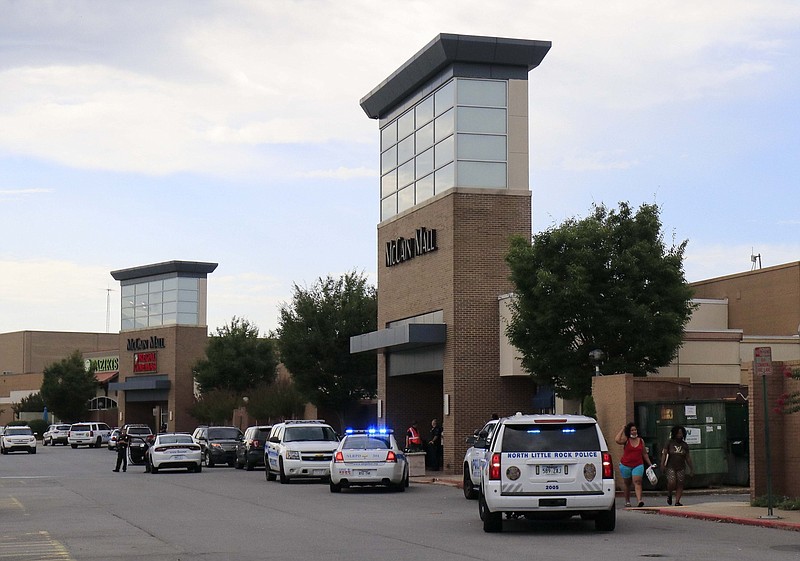 With crime levels up across the country and the arrival of the holiday shopping season, Central Arkansas police agencies are again rolling out measures to prevent crime in high-traffic shopping areas and elsewhere, as well as offering tips for shoppers looking to stay safe.

Across the nation, cities are seeing heightened rates of vehicle thefts and carjackings -- when a criminal threatens a victim with force to steal their vehicle -- with a 13% increase in auto thefts beginning in June 2020 and continuing into this year, according to data from the National Insurance Crime Bureau.

That increase is the most in a decade, according to a news release from the organization. The rise in carjacking has mostly occurred in metropolitan areas, with Chicago seeing a 134% increase in carjackings last year and a 44% increase so far this year.

Holiday crime was down last year, Little Rock Police Department spokesman Mark Edwards said, but more people are likely to be out shopping this year as covid-19 numbers remain lower than this time in 2020 and vaccines are more readily available.

The Police Department will be using towers with cameras attached this month to help monitor high-traffic parking lots near shopping areas, Edwards said.

Parking lots are often targets for criminals because it is easy to blend in, and shoppers are often away from their cars for long periods, offering wrong-doers a chance to steal and flee.

"While people are inside stores spending several hours browsing and waiting in lines, criminals blend into crowded parking lots scanning for vehicles that have belongings or key fobs left inside," said David Glawe, president and CEO of the National Insurance Crime Bureau. "Once they find one, if not already unlocked, it takes only five to 10 seconds to break a window, grab items and flee the scene without anyone even noticing."

Edwards encouraged people to shop during daylight hours and travel in small groups to make themselves less vulnerable targets for opportunistic criminals.

"You've gotta pay attention to your surroundings and not be distracted by your phone," Edwards added.

"It does help when we're out there, and we're visible," Helton said.

Helton also encouraged shopping in groups or pairs and reminded people to stash packages or valuables out of sight in their cars to make their vehicles less likely to be targeted by smash-and-grabbers.

"Out of sight, out of mind," said Lt. Cody Burk with the Pulaski County sheriff's office.

Shoppers would do well to park in well-lit areas, Burk said, and shouldn't be afraid to ask security officers to escort them to their vehicles.

The National Insurance Crime Bureau recommends that holiday shoppers roll up their windows and lock their doors, making sure to take their keys and fobs with them. People should keep valuables out of sight and remain vigilant going to and from their vehicles.

If a criminal confronts a shopper, he should remain calm and cooperate while also paying attention to details that can help police track down the culprits.

In Little Rock, Edwards said much of the increase in violent crime in the city has been isolated incidents, often stemming from people that know each other resorting to violence to resolve disputes.

These relationship-based crimes should be unlikely to affect holiday shoppers, Edwards said.

People out in the state often travel to Little Rock to shop at its larger shopping centers and stores, and they shouldn't be afraid to do that this year, Edwards said.

"This is a place [people] can come to and do their holiday shopping," he said, they just need to be aware of their surroundings and take a few preventative steps.

Print Headline: Police ramping up as shoppers go out