OPINION | CRITICAL MASS: Shohei Ohtani and the decline of civilization 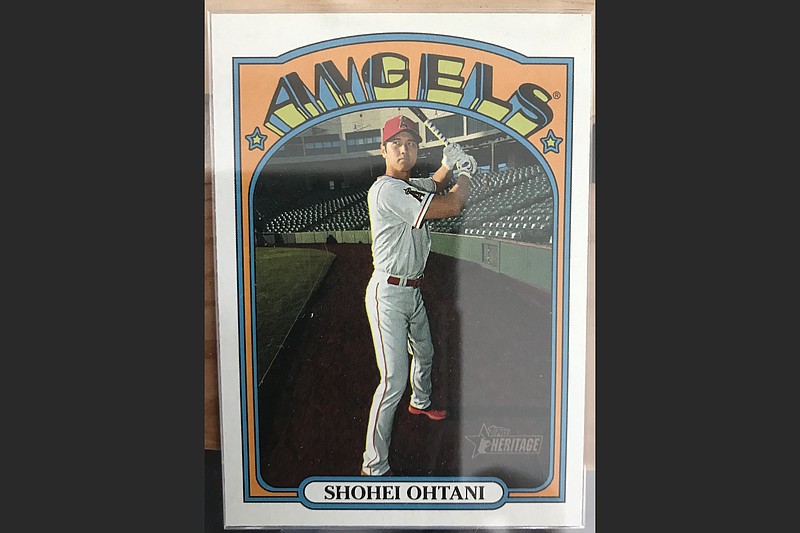 You would think it would have been a bigger deal when Shohei Ohtani unanimously won the American League's Most Valuable Player award last week.

It is a measure of how things have changed that I have to say here that Ohtani is a baseball player, currently signed to the Los Angeles Angels, and that he had a remarkable year in which he became the first player to ever hit 30 home runs in a year when he also made at least 10 pitching performances. It was a historic season, something that I never believed would happen.

Not since Babe Ruth has a Major League Baseball player demonstrated the ability to hit and the ability to pitch at such a high level. Ruth came to the Boston Red Sox as a starting pitcher, and he was an excellent one his first few years in the league.

But the Yankees determined that Ruth was more valuable as a paradigm-shifting home run hitter and gate attraction than as a pitcher. They wanted him out there on the field every day, not pitching every fourth game. A lack of imagination — and of the designated hitter rule — kept them from playing him in the field on days he didn't pitch.

It was this same lack of imagination that, for more than 100 years, pretty much determined that a player could either play a position and be in the lineup every day or pitch a couple (or in the case of some relievers, a few) times a week. You couldn't do both, ostensibly because the skills were so specialized that being adequate at one foreclosed all possibility of being good at the other.

This, despite the eminently observable fact that most Major League pitchers were pretty good hitters — often the best on their team — in high school and college. This is because good athletes tend to be good at doing athletic things.

Yet despite the existence of good-hitting pitchers — Don Drysdale, Don Newcombe, Bob Gibson and Madison Bumgarner come immediately to mind, and lots have been good enough to occasionally pinch-hit — and the adoption of the designated hitter rule by the American League in 1973 which allowed a player to sit on the bench except for when it was his turn at bat, no one seriously tried to give a player a chance to make a meaningful contribution as both hitter and pitcher.

But it was what Ohtani wanted from the time he started playing professionally, and it paid off. He started 23 games, winning nine, losing two, and hit 46 home runs for the Angels. He also stole 26 bases. He did it all — like the biggest, most talented kid on a Little League team.

BACK IN THE DAY

A couple of generations ago, the emergence of Ohtani as a legitimate, effective baseball player would have been seen as a big deal, an issue of general interest. I remember the sort of impact on our society that Henry Aaron's breaking of Babe Ruth's home run record had back in 1974. Had Ohtani come along in the same time period, he would have generated almost as much cultural noise.

But baseball doesn't matter to very many people anymore. It has devolved from our national pastime to a sport mostly old people follow. It's slow and has arcane rules, and its best players aren't transcendent personalities like there are in other sports. A baseball game can last four hours or more; it can take an hour to play more than an inning or two.

I grew up reading about the Gashouse Gang and watching Mickey Mantle and Willie Mays, and have devoted a lot of time to playing, watching, thinking and writing about the sport. (I'm a baseball critic as well as a movie, book and music critic.) But these days you can't count on the readers of a general interest newspaper to know much about baseball; people are a lot more interested in esports and video games than in actual athletic competition.

That's how it is. Our world evolves and things that seem to matter in one era become arcane curiosities in another. Rock 'n' roll might have been the dominant cultural code of the second half of the 20th century; the music that defined it has been in remission for years. K-pop is huge, but if you're reading a daily newspaper you're not likely to be familiar with artists like Blackpink and BTS (though if you go into a toy store, you're likely to be sensorily assaulted by BTS merchandise).

CHANGING WITH THE TIMES

Critics privilege what they write about by the act of writing about them. Good critics tend to write about things they are interested in and care about. But critical investment is no guarantee that rock 'n' roll or baseball is going to continue to be of interest to a significant portion of American society.

Nothing is ever going to be as big and universally meaningful in the future as heavyweight boxing, baseball and the Beatles were in the past, because our technology has unlocked limitless possibilities. We don't have Walter Cronkite and three television networks anymore, we don't have a single Major League Game of the Week on Saturday afternoons. We have a cultural fire hose in our hand; we can tap up 1,000 options on our smartphones.

We don't have to take what Ed Sullivan offers; we can drill down into the deep tracks on Spotify, we can browse Soundcloud. We can pay with our attention rather than our PayPal accounts; the invisible tech behemoths know how to monetize it. Or we can use an app to make music — a few clicks on an app like boomy.com and we can put our stuff out into the marketplace.

If you are an artist, you'll find few impediments to making art these days. But it's increasingly difficult to get people to pay attention for the requisite time it takes to appreciate it. Most people would appreciate Shohei Ohtani if they learned about his game, its history and its practices. But unless you're exposed to baseball as a young person, it's likely not going to take.

The same is true about music — there is subtlety and nuance in the work of the songwriters I prefer, but a cursory listen to a Randy Newman or Tom Waits album might defeat some people's ability to identify it as actual music. Most people cannot leap straight into Thelonious Monk (or John Coltrane or Miles Davis) without preparation. It takes time to develop a taste for Johnnie Walker Blue.

But there's a sugar crunch to Blackpink that even babies might enjoy. That doesn't make their work inferior — anything that brings joy is worth your time — it just means it's more immediately accessible, that consumers needn't work as hard to enjoy it.

And that might mean that more and more of us will default to instant gratifications available, that the senseless pleasure machine to which we might endlessly plug into is coming, that our desires might become increasingly streamlined. There was always the idea that TV might make us less interested in digging things out of books or considering the reasons behind the world's machinations.

We might become the sort of people who find baseball too difficult to parse.