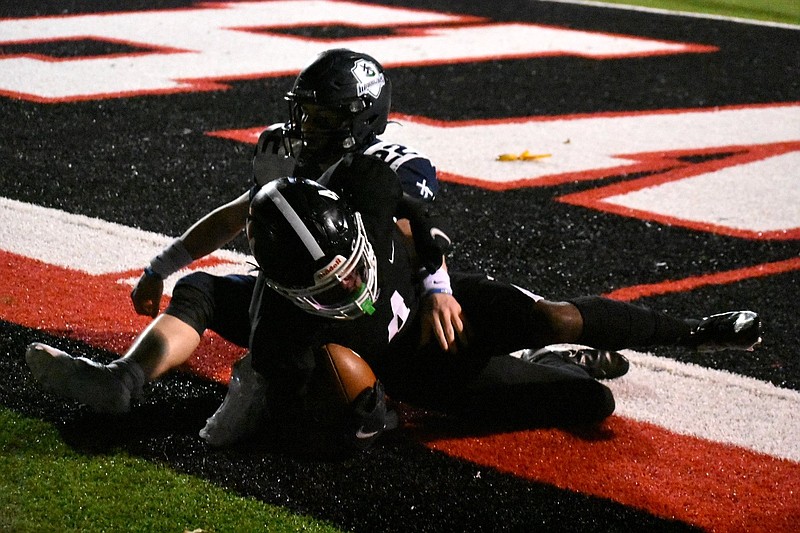 With White Hall suffering its biggest deficit of the season on two Walker White touchdown carries, quarterback Mathew Martinez lofted an 18-yard pass to one of his favorite targets in the back of the end zone, with 1:16 remaining in the first half.

It wasn't the first time Weston sparked a turnaround against the Warriors. He ran for two late touchdowns in a come-from-behind 14-10 victory on their homecoming Oct. 1.

His touchdown catch put the Bulldogs (11-3) on the board at Bulldog Stadium on Friday night, a case of just needing to settle down and play their own game.

"Some of it was," Bulldogs Coach Bobby Bolding said, "and then I had to challenge their manhood at halftime. I ain't going to lie. I challenged their manhood."

Whatever words of wisdom – or fire – Bolding imparted during the 20-minute intermission helped the Bulldogs grow up and meet Bolding's charge of graduating to the state championship stage after three straight appearances in the third round of the 5A football playoffs.

"These guys have always responded when I challenged them," Bolding said. "I knew they would again. We came out and played football the second half like we're capable of doing. They're a very good football team. It was a battle."

Weston's only catch of the night started another upswing in a game that mattered most, as White Hall scored 24 unanswered points in a 24-14 victory.

"We had to go back down to earth," Weston said. "We were up. We were too high. They had a chip on their shoulder. You could see that. We just had to put some more dog in them."

That, the Bulldogs did.

They pleased their coach with a methodical 17-play, 64-yard drive that melted nearly the first 9 minutes of the second half. Martinez, who ran 19 times for 86 yards, completed two passes for 22 yards and carried seven times on the drive, finishing it off with two carries for 5 yards to even the score at 14-all.

"Was that not beautiful?" Bolding said. "That was like a Picasso masterpiece work of art. I looked up after we scored, and there were 3 minutes left in the quarter. It was old-school football at its finest, and our offensive line went to work, our kids were all blocking, we got after it upfront, and it set the tone for us in the second half."

So did interceptions by linebacker Rodrico Bowens and defensive back Braylon Johnson, both catching ricochets off deflections.

For his part, Zaire Green gave White Hall a 21-14 lead with 11:21 left in the game on a 4-yard scamper and bolted 45 yards into the red zone on the Bulldogs' next possession, which Kyler Barnes punctuated with a field goal.

"We just had to take care of business, lock in and just play harder than them," Green said after rushing 11 times for 95 yards. "They wanted it more, but we came out in the second half and wanted it even harder than them."

If a curse haunted White Hall since the school last played in a state championship game 34 years ago, it's been lifted. The Bulldogs will get a second crack at Pulaski Academy (12-1), the two-time defending champion and nine-time titleholder overall that defeated them 63-28 in White Hall on Oct. 8.

Kickoff is set for 7 p.m. Friday at War Memorial Stadium in Little Rock.

Yet, this White Hall team – searching for the school's first football championship – is special to their third-year artist of the masterpiece.

"We're not very big," he said. "I've got a bunch of little guys running around. We've got 28 seniors, and a lot of them started as sophomores. They were here with us when we got here. Coach [Mark] Cantwell trained them up when they were in the ninth grade and we added to it. They worked their butts off. They have believed in us as coaches, and now they get to take this last and final step."

(All games listed in bracket order) 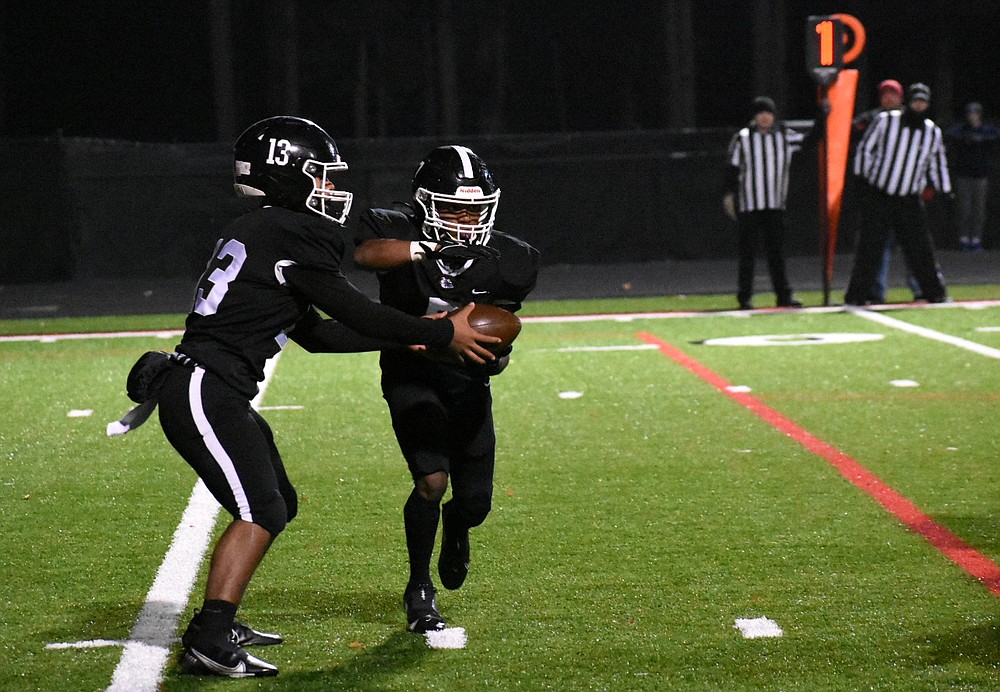