U.K. lender offering fixed-rate home loans of up to 40 years 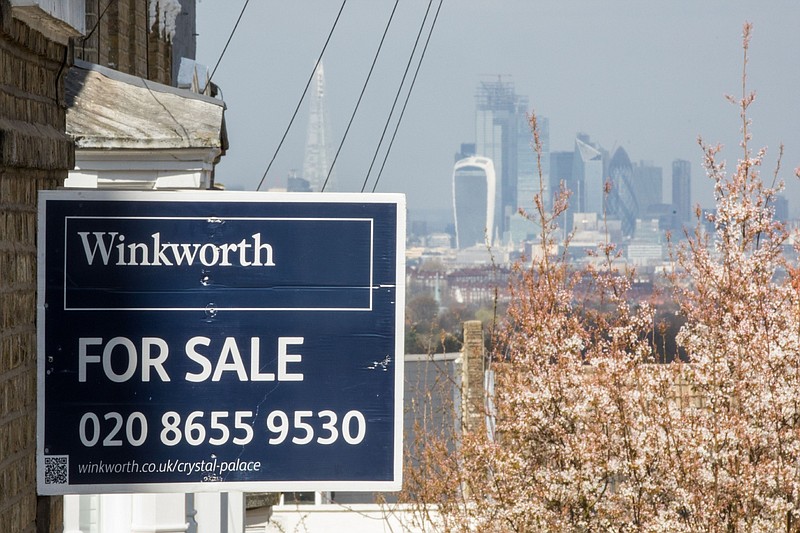 A sign advertising a property for sale hangs from the side of a building against a backdrop of the city of London on March 26, 2019. MUST CREDIT: Bloomberg photo by Chris Ratcliffe

With inflation accelerating and the Bank of England set to increase interest rates, a U.K. mortgage lender is offering homebuyers one less thing to worry about.

Kensington Mortgages is launching a fixed-rate loan of up to 40 years, meaning a borrower would pay the same amount each month regardless of what happens to interest rates. It's offering mortgage terms from 11 to 40 years, with pensions insurance specialist Rothesay Life providing the financing.

The deal is unusual for the U.K., where customers are encouraged to re-mortgage every few years for better rates. The market in ultra-long fixed rate mortgages is still relatively new, and fixed-rate products have proven to be the most popular type of home loan for years. Demand is commonly for periods of less than five years.

The move follows expectations that the era of record-low interest rates is coming to an end. Investors are betting the Bank of England will raise the benchmark cost of borrowing from 0.1% as early as next month.

"Nothing lasts forever, and it looks very likely that we will see a succession of interest-rate hikes and we may begin to slowly approach again an historical average," said Mark Arnold, CEO at Kensington Mortgages. "A fixed-for-term mortgage -- already very popular in some parts of continental Europe -- is likely to become increasingly attractive in a rate-rising environment."

The Bank of England is planning a move to keep inflation in check and prevent a cost-of-living squeeze from bedding down into a spiral of increasing prices and wages.

Inflation is forecast to hit 5% by the spring, more than double the Bank of England target. While a surge in natural gas and electricity accounts for much of that, there's been a broad increase in the cost of goods, and a labor shortage is driving up pay while the government plans a major tax increase in April.

Banks are responding with ways to ensure consumers can stabilize their finances. Earlier this year, online broker and lender Habito launched a fixed-rate mortgage with a maximum term of 40 years, starting at 2.99%. That deal was for those with a 40% down payment. The cost rose to 4.65% for the longest term deals.

At Kensington Mortgages, rates for 30-year loans will start at 2.9% with a 40% deposit, and 3.77% for new buyers borrowing 95% of the value of the property. Rates for shorter mortgage terms are lower.