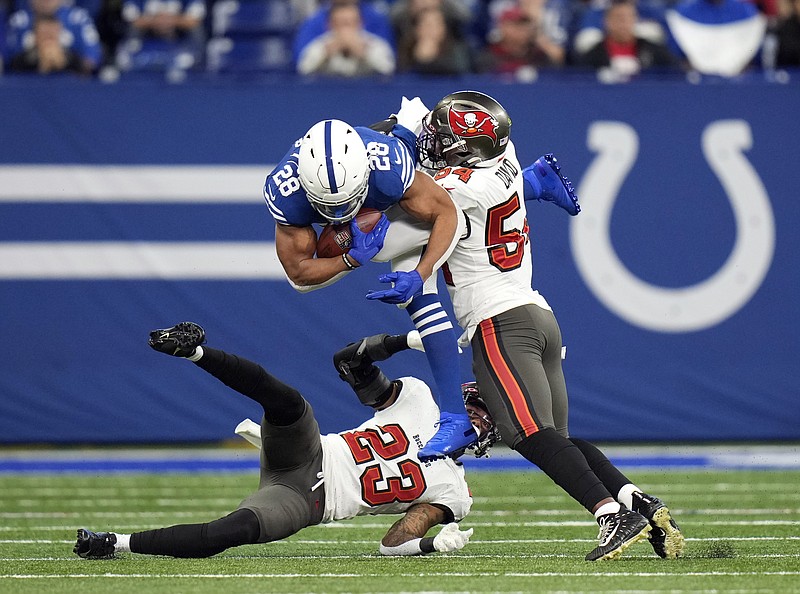 INDIANAPOLIS -- Tom Brady came to Indianapolis in a new uniform.

He followed the same old script -- turning mistakes into points and leading his team on another decisive last-minute scoring drive.

This time, Leonard Fournette broke the tie with a 28-yard scoring run with 20 seconds left to give Tampa Bay a critical 38-31 come-from-behind win for Brady's first win over the Colts since joining the Buccaneers.

"Not a lot of love lost, I think," Brady said, referring to the rivalry he's had with the Colts. "It was good to win."

For Brady, it seemed as if nothing changed.

He improved to 16-4 all time against the Colts, leading the Bucs (8-3) to a second consecutive victory while relying on his supporting cast to do most of the heavy lifting.

Fournette carried 17 times for 100 yards and three scores and caught Brady's only TD pass of the game, a career-high four touchdowns. Ronald Jones II gave the Bucs their first lead, 28-24 on a 1-yard TD run late in the third quarter and Rob Gronkowski caught seven passes for a season-best 123 yards.

Yet when Brady got the ball with 3:29 left and the score tied at 31, he again proved to be the maestro that makes Colts fans cringe.

The difference Sunday was turnovers. Indy (6-6) had five and Brady made them pay every time except for the interception on the game's final play.

And somehow despite all the errors, the Colts still had a chance to force overtime when Isaiah Rodgers returned the final kickoff 71 yards to the Bucs 32-yard line with 20 seconds left. But Carson Wentz's first pass fell incomplete and the second was picked off near the goal line.

"It is frustrating," Wentz said after going 27 of 44 with 306 yards, 3 touchdowns and 2 interceptions. "I don't know how many times we can turn the ball over against a good team like that, that many times, and still score that many points. It's not going to happen."

Indy led at halftime, but the Bucs swung the momentum when Shaquil Barrett sacked Wentz early in the second half, ripped the ball out and recovered it at the Bucs 35. Six plays later, Fournette scored on a 4-yard TD run.

Antoine Winfield outfought Michael Pittman Jr. for the ball on Indy's next series and Brady wasted no time converting that mistake into Jones' go-ahead score. Tampa Bay settled for a short field goal after Nyheim Hines fumbled a punt return.

"It was great capping off the game like that with a punch," Fournette said. "It got scary at the end, but it's a team sport. We came together and made it happen."

Taylor ran 16 times for 83 yards and caught four passes for 14 yards -- finishing 3 yards short of a NFL record-breaking ninth consecutive game with 100 or more yards from scrimmage and a rushing TD. 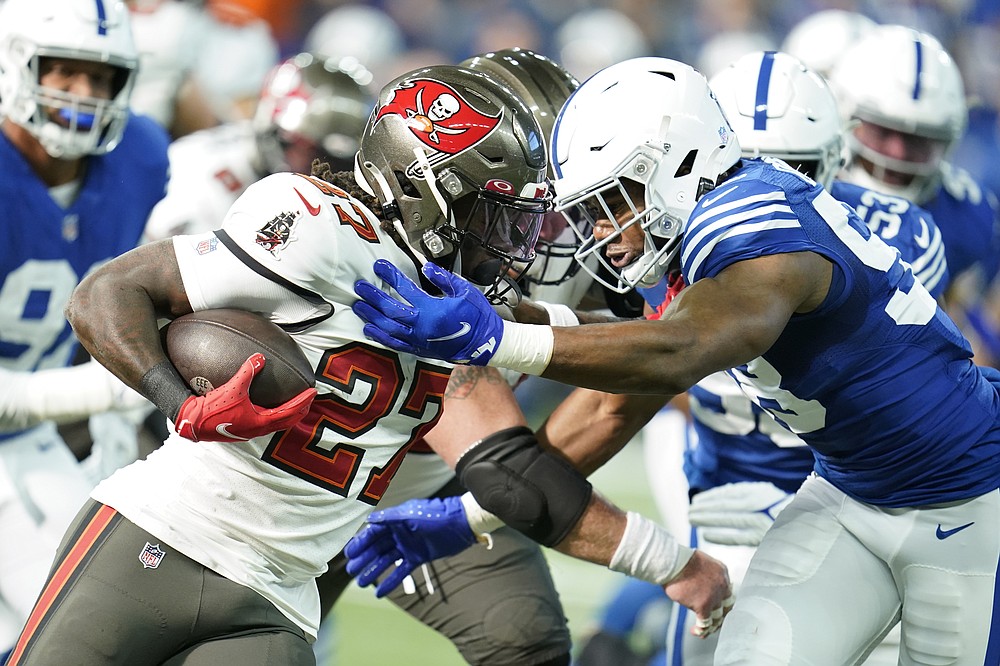