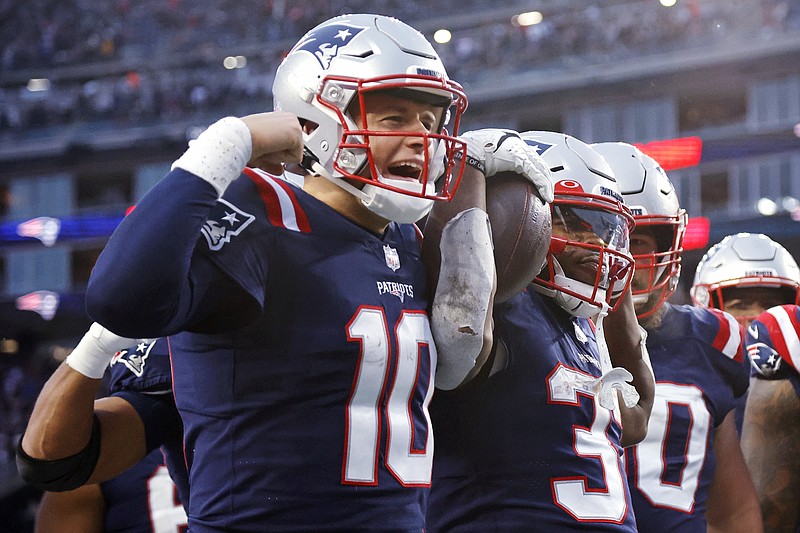 New England Patriots running back Damien Harris, right, celebrates with quarterback Mac Jones, left, after his touchdown during the second half of an NFL football game against the Tennessee Titans, Sunday, Nov. 28, 2021, in Foxborough, Mass. (AP Photo/Mary Schwalm)

FOXBOROUGH, Mass. -- The Titans ended an era for the Patriots during the 2019 season when they knocked them out of the playoffs in Tom Brady's final game in New England.

The Patriots are hoping Sunday's victory over Tennessee will be part of the blueprint to get them back to the postseason without Brady.

"You're not gonna win a Super Bowl now. You're gonna win it in February. We gotta keep that same mindset," defensive lineman Davon Godchaux said of the victory, which snapped New England's two-game losing streak to the Titans.

The Patriots (8-4) hadn't beaten Tennessee since former Patriots linebacker Mike Vrabel took over as coach in 2018. New England improved to 6-1 against AFC opponents this season.

Jones completed 23 of 32 passes for 310 yards. Kendrick Bourne had both of the Patriots' touchdown receptions, finishing with five catches for 61 yards. Jones took multiple deep shots down the field, connecting with Bourne on a 41-yard TD and Jakobi Meyers for 38 yards to set up a field goal.

The Titans (8-4) stayed close early, but couldn't survive a bevy of errors that included three fumbles by their running backs and an interception by Ryan Tannehill. He finished 11 of 21 for 93 yards and a touchdown.

"Put all those together and you put yourself in a difficult situation," Tannehill said.

Dontrell Hilliard and D'Onta Foreman became the first Tennessee backs other than Henry to rush for 100 yards since 2018. Hilliard carried 12 times for a career-high 131 yards and a 68-yard TD. He also a fumble in the second quarter that set up a Patriots field goal.

Foreman rushed 19 times for 109 yards and broke free for a 34-yard rush in the third quarter. That also ended in turnover after he was stripped from behind by J.C. Jackson.

The Patriots took an early lead following a poor start by the Titans. It included a penalty on their kickoff return, a 1-yard run loss on their first play from scrimmage and giving up a sack on third down. Tennessee then had to punt twice after being penalized for an illegal shift.

It all added up to a short field for the Patriots, who started on the Titans 37. New England needed only nine plays to go up 7-0 following a 4-yard TD pass from Jones to Bourne.

The Titans bounced back on their second series, eating up more than eight minutes on a 14-play, 74-yard drive that culminated with a 1-yard touchdown reception by Nick Westbrook-Ikhine. Randy Bullock missed the extra point, but the TD ended a streak of 77 consecutive points the Patriots had scored against opponents.

Trailing 13-6 in the second, Tennessee was driving when Godchaux stripped Hilliard, causing the ball to roll free. Kyle Dugger fell on it, giving the Patriots another short field.

It led to Nick Folk connecting on his third field goal of the half to make it 16-6.

Tennessee took over with 58 seconds left in the half and opted not to take a knee. It proved worthwhile three plays later when Hilliard found a gap in the middle of the field, juked safety Devin McCourty and sprinted for a 68-yard touchdown. It was the longest score allowed this season by New England.

But Vrabel said the injuries, combined with the mistakes were too much to overcome.

"Penalties on special teams. Turnovers. So you don't have to look too hard on why we lost," he said. 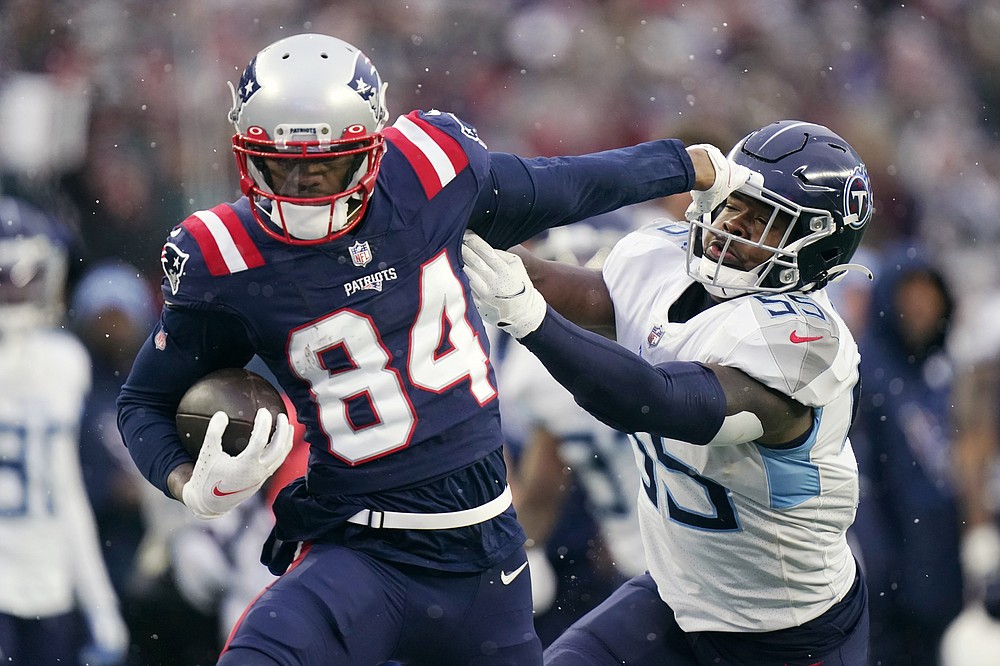