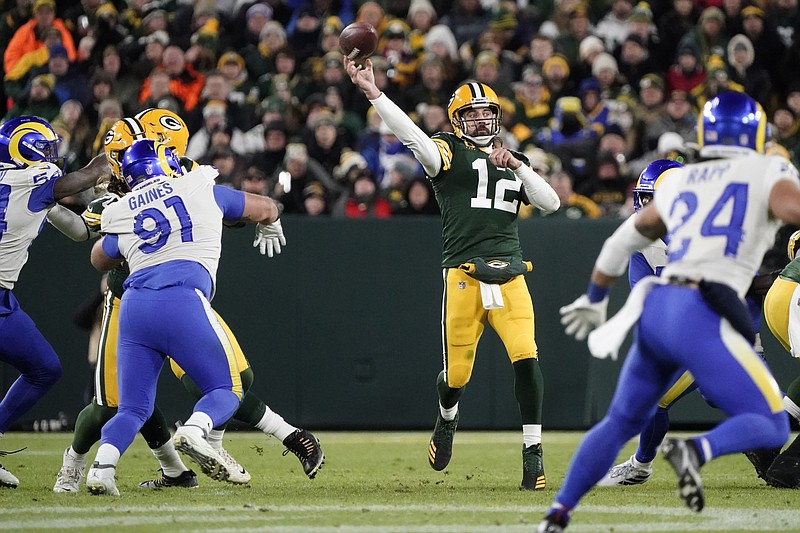 GREEN BAY, Wis. -- Aaron Rodgers isn't letting his toe injury lower his expectations even as it limits his practice time.

Rodgers threw two touchdown passes and also ran for a score in the Green Bay Packers' 36-28 victory over the Los Angeles Rams on Sunday. Not bad for someone who hadn't practiced all week.

"When I step on the field, I expect greatness," said Rodgers, who says he fractured his pinky toe while working out during his quarantine after a positive covid-19 test. "Anyone who's a great competitor feels the same way. I don't lean on excuses: not practicing, a little toe injury."

Rodgers went 28 of 45 for 307 yards as the Packers bounced back from a 34-31 loss at Minnesota. The reigning MVP threw touchdown passes of 7 yards to Randall Cobb and 5 yards to A.J. Dillon.

His injury had caused him to practice just once in the week leading up to his 385-yard, four-touchdown effort at Minnesota.

"It definitely isn't the ideal situation not to practice," Rodgers said. "But if I can go out there, take mental reps, go through the plan and my preparation and feel good about what I'm doing, and when I get out there, I've just got to rely on my instincts. The beauty is it's an 11-person-a-side game, and I really feel the offensive line allowed me just to settle in."

The Rams outscored Green Bay 11-0 in the fourth quarter, but their comeback attempt ended when Adrian Amos recovered an onside kick with 17 seconds left.

Green Bay (9-3) has never lost consecutive games within the same season during Matt LaFleur's three-year coaching tenure. The Packers head into their off week with a 3 ½-game lead over Minnesota (5-6) in the NFC Central.

The Rams (7-4) dropped their third consecutive game and continually made mistakes to create scoring opportunities for Green Bay, which scored 16 points off three Los Angeles turnovers.

"Pretty self-explanatory, kind of a lot of the same narratives," Rams Coach Sean McVay said. "We turn the ball over too many times. You can't get behind against a good football team like that. I do love the way that our guys continue to battle."

Matthew Stafford went 21 of 38 for 302 yards with three touchdown passes. But he also lost a fumble to set up a touchdown and had an interception returned for a touchdown. Stafford has thrown a pick-6 in each of the last three games.

Odell Beckham Jr. had five catches for 81 yards with a 54-yard touchdown in his second game as a Ram.

Rodgers opened the scoring and put the Packers ahead for good with a 1-yard touchdown to cap a drive that began at the Rams 6-yard line. Green Bay's Rashan Gary, coming back from an elbow injury that sidelined him last week, sacked Stafford and hit the quarterback's elbow to cause a fumble that Preston Smith recovered to give the Packers first-and-goal.

In the third quarter, Los Angeles' J.J. Koski was returning a punt when Dominique Dafney forced a fumble that Krys Barnes recovered at the Rams 27. That turnover set up Mason Crosby's 29-yard field goal that extended Green Bay's lead to 30-17.

"We're going to continue to learn from these things, that's the only thing that you can do," McVay said. "But we've got to stop with some of these self-inflicted wounds."

Later in the third, Rasul Douglas made it 36-17 by stepping in front of Stafford's pass to NFL receiving leader Cooper Kupp and scoring his first career touchdown on a 33-yard interception return.

"Cooper Kupp, don't he got like 10,000 yards receiving already in like eight weeks?" Douglas quipped after the game. "We know that's his guy. We know a lot of balls get thrown to him and he makes a lot of plays."

This time, Douglas and the rest of the Green Bay defense made all the biggest plays. 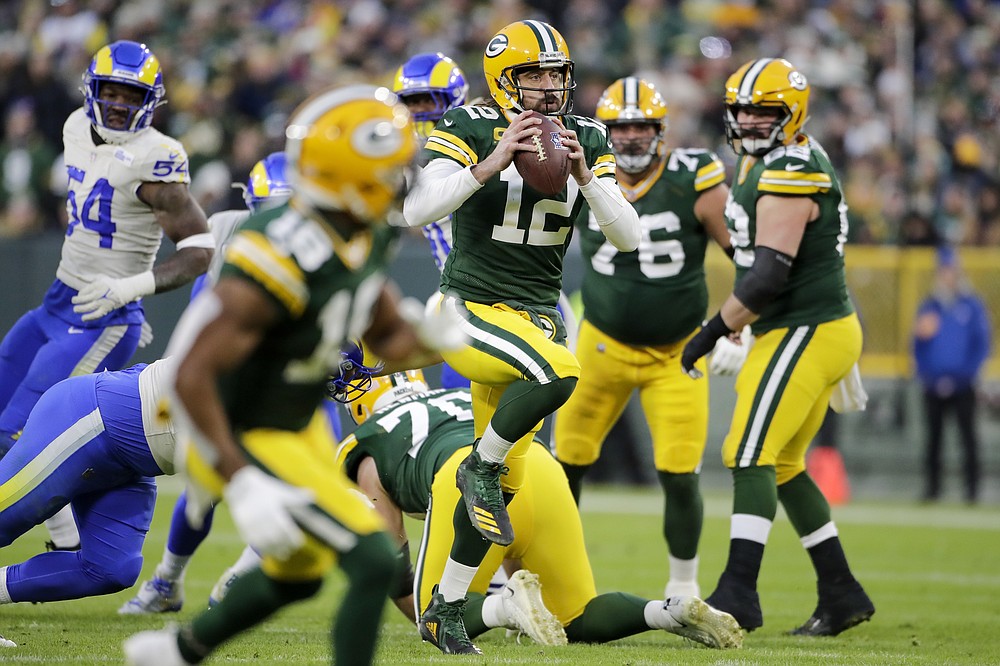