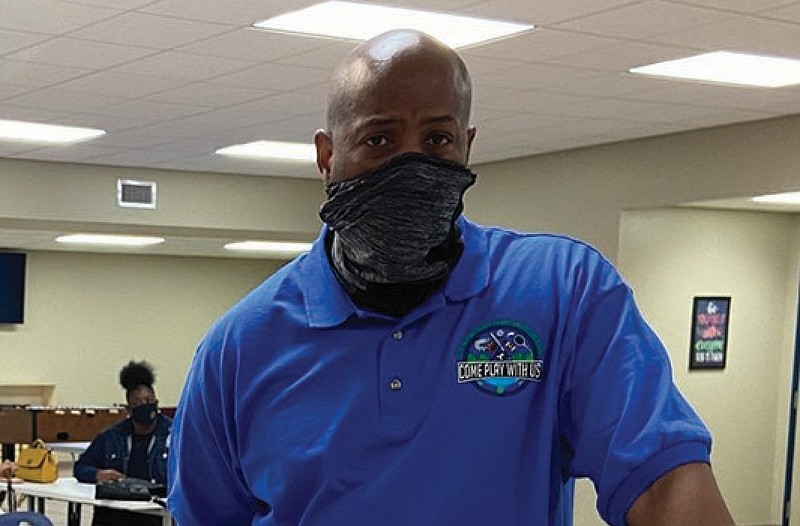 An invitation to the Southern University Marching Band to perform in downtown Pine Bluff as part of UAPB's homecoming has been rescinded and the person who arranged it all, Parks and Recreation Director Samuel Glover, may be on the hot seat.

A red flag went up in the City's Clerk office when a request for payment for $9,850 came in from Southern University and, soon after, an urgently called Public Works committee meeting was scheduled on Thursday.

The contract states that Southern University Marching Band would perform musical sets at the homecoming festival in downtown Pine Bluff at 10 a.m. on Oct. 16 not to exceed 45 minutes and during the homecoming game at the Golden Lion Stadium at 2 p.m. and during the "fifth quarter" immediately following the end of regulation not to exceed 45 minutes. UAPB's football team is playing Southern University at homecoming.

City Clerk Janice Roberts and several other council members on the call questioned the use of taxpayer's money to fund the event and the propriety of paying a guest band to play when the hometown band had canceled its performance. They also noted that the band events could be a covid-19 super spreader, which was the reason UAPB had canceled its parade.

"Upon receiving this invoice, I consulted with Arkansas auditor, Mr. Joe Archer, and city attorney Althea Hadden Scott," said Roberts, who added that she was told by both that the band performance was not an activity that the city would be able to pay for. "I informed Mayor Shirley Washington of this invoice and she was unaware of it."

Glover said the mayor's office knew that the Parks and Recreation Department was bringing bands to perform at the Pine Bluff Homecoming Festival because of the cancellation of the traditional homecoming festivities.

"She just didn't know it was that particular band," said Glover.

According to Glover, the band is deemed the No. 1 marching band in the U.S., and though their football team would be in town playing UAPB, the school's band was not a part of the homecoming events.

"They are world-famous," said Glover, who said up to 20,000 additional people alone would be drawn to Pine Bluff just to hear the band.

Glover said he saw it as an economic opportunity for the city of Pine Bluff. As far as receiving approval, Glover said amounts under $20,000 do not have to come through Public Works.

"This whole event is a reaction to the community," said Glover, referring to the homecoming festival. "This is not a normal homecoming, and we were doing what we thought was best for the city. It's a lot of people not coming simply because the bands and the fanfare are not taking place."

Alderman Bruce Lockett said the very reason for the university's cancellations was to prevent the spread of covid-19.

"Why would Parks and Rec then do the same and put that many people downtown?" asked Lockett, who told Glover to look at it from a health perspective.

Glover said having a band in to play was no different from having fans attend a football game, adding that those watching the band would be encouraged to adhere to the CDC guidelines on covid.

"It does not seem logical and sounds like a super spreader event," said Lockett, who added that the festival would allow for social distancing with vendor booths spaced out for visitors, unlike the band performance. "I don't see this being something smart to do. The only way people are going to see the band is lining up on the street."

Whitfield added that there was also a cost factor, saying football games make money but yet the city was spending money.

"You were trying to bring this event to the city for homecoming that the country would be watching Pine Bluff, but an event of this magnitude has to be taken to the mayor first," said Council Member Lloyd Holcomb Jr.

"Mr. Glover did become a bit overzealous and he did move forward with making arrangements with bringing this band in," said Mayor Washington, who called Glover's actions inappropriate. "This will be addressed. This will be a personnel issue that I will address with him immediately and aggressively."

Washington said she understands what Glover's intentions were and applauded him for wanting to bring in an "economic engine," but she said Glover should have come to her first.

"As soon as I found out about it I did bring it to an end," said Washington. "We will not be bringing in this band, and we will make sure Mr. Glover will address things in a proper order and bringing things down the chain of command as he should."

"To bring it in at this time, with the university not even having their band to perform," Washington said, "it was out of order."

Print Headline: Invitation to bring in visitor's band to UAPB's homecoming withdrawn after city gets bill