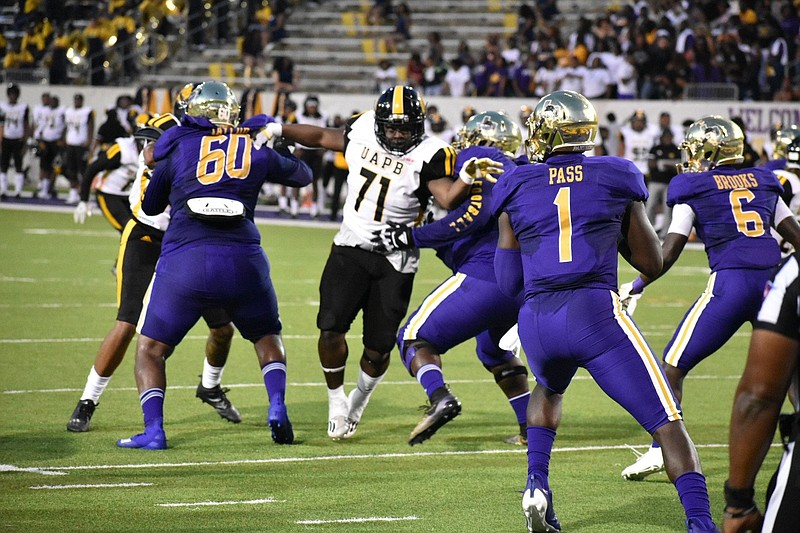 PRAIRIE VIEW, Texas -- The top rushing defense in the Southwestern Athletic Conference was no match for the Prairie View A&M University offense.

In the first half alone, Prairie View went for twice as many rushing yards as the University of Arkansas at Pine Bluff had given up on average this season. Quarterback Jawon Pass rushed for two scores (59 yards and 4 yards) and Lydemian Brooks broke an 83-yard touchdown carry, helping the Panthers take a 27-17 win before an ESPNU audience.

The Panthers rushed for 193 yards on 21 carries in the first half against a Golden Lions defense that had given up 96.7 yards on average. Brooks had 106 yards on five carries at that point, the bulk of which came on his big play with 1:59 to go in the first quarter.

The Lions' woes were not only evident on defense. Quarterback Skyler Perry did not play in the second quarter after completing only three of his first 13 passes for 29 yards.

Redshirt freshman Xzavier Vaughn, who played high school football just two hours east of Prairie View's campus in Beaumont, took over for Perry the entire second quarter and gave the Lions' offense new life, if only for a few minutes.

Vaughn completed his first pass to Josh Wilkes, who turned upfield and scored on an 82-yard play with 8:16 left before halftime to pull UAPB within 14-9.

Prairie View covered 75 yards in seven plays on the next series to expand the lead to 21-9. Facing fourth-and-5, Pass completed a 28-yard strike to Antonio Mullins down to the UAPB 8-yard line, and Pass scored two plays later.

Zack Piwniczka, who was injured last week in UAPB's dramatic 39-38 loss to Alcorn State University, connected on a 33-yard field goal to put the Lions on the board first with 9:57 remaining in the first quarter.

UAPB will visit Alabama State University in Montgomery for a 2 p.m. kickoff Oct. 9. Prairie View will head into its bye week before visiting Bethune-Cookman University in Daytona Beach, Fla., for a noon Central start.

More coverage of this game is available in the Sports section of the Arkansas Democrat-Gazette. 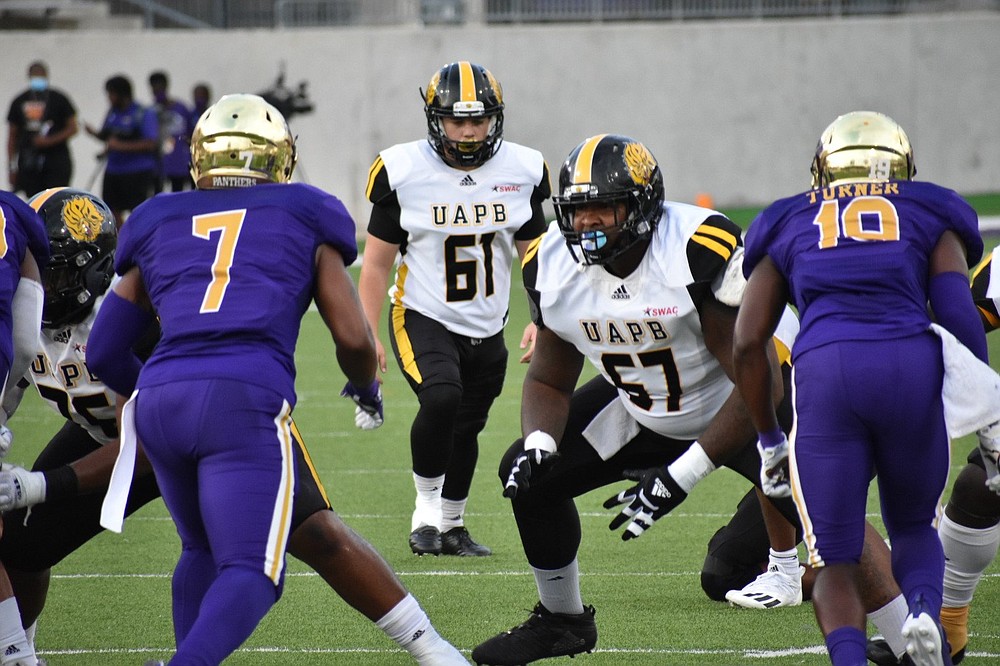 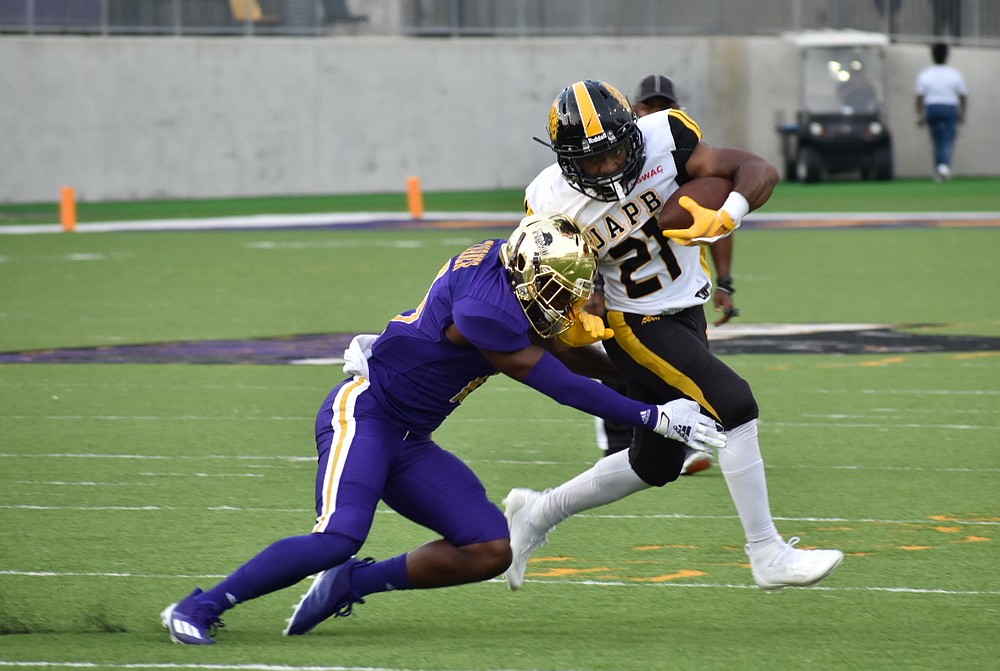