Group’s forces fire shots to break up women’s rally in Kabul by SAMYA KULLAB THE ASSOCIATED PRESS | October 1, 2021 at 4:28 a.m. 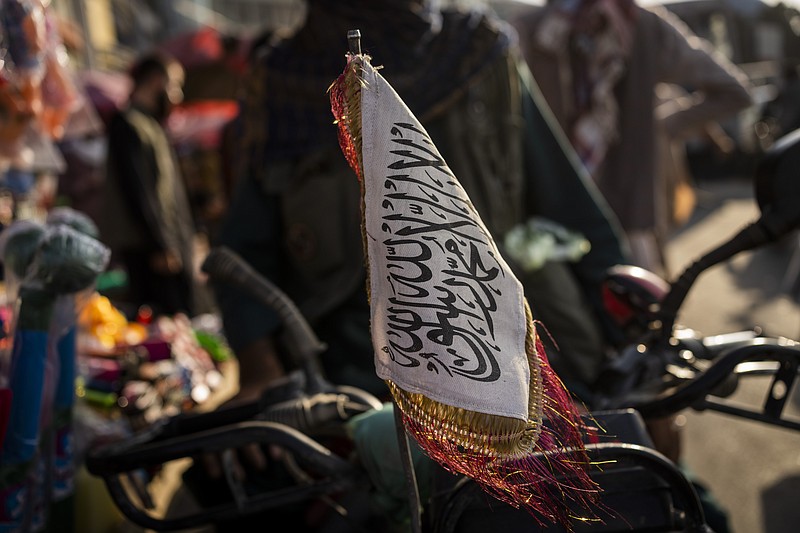 A Taliban flag is placed in the front of a motorbike in Kabul, Afghanistan, Tuesday, Sept. 28, 2021. (AP Photo/Bernat Armangue)

KABUL, Afghanistan -- The Taliban on Thursday ordered their fighters to leave private homes they had taken over during last month's blitz when the group seized control of Afghanistan, an apparent effort to impose order among Taliban ranks.

Meanwhile, in the capital of Kabul, the Taliban fired shots to disperse a women's rally demanding equal rights while the regional chief for the International Federation of the Red Cross warned that Afghanistan was sliding into a deep "major humanitarian crisis" with the coming winter and severe financial shortfalls.

The order by Taliban Prime Minister Hasan Akhund followed recent public statements by Taliban officials hinting at plans to improve organization and rein in fighters. It said Taliban members belonging to the militant group's defense, interior and intelligence agencies who are living in private homes need to "report back to military bases" across the country.

In recent weeks, the Taliban abandoned their traditional, civilian dress and donned military fatigues to project an air of authority. Bilal Karimi, a Taliban security official, confirmed the directive to The Associated Press.

[Video not showing up above? Click here to watch » arkansasonline.com/101kabuli/]

The Afghan army abandoned most of its positions or surrendered to the Taliban in August, allowing Taliban fighters to take over military bases as well.

In Kabul on Thursday, the Taliban fired shots to disperse a small rally of six women outside a school demanding equal rights to education. They confiscated posters held by the women that read: "Do not burn our books!"

Other women on way to join the protest in the Kart-e-Char neighborhood were later told to go home, according to a witness who spoke on condition of anonymity, fearing Taliban reprisal. Mawlawi Nasratullah, a Taliban official, later told reporters women had not asked for permission to rally.

Since their takeover, the Taliban have violently dispersed rallies by women demanding that the rights they had gained in the past 20 years in Afghanistan not be taken away. When they last ruled the country in the 1990s, the Taliban had imposed their harsh interpretation of Islamic law or Sharia, banishing women to their homes and denying them the right to education, work and a public life.

At a news conference in Kabul, Alexander Matheou, regional director of the International Federation of the Red Cross, predicted "extremely difficult few months" ahead as temperatures drop, compounding food shortages from drought and poverty. Cuts to health services put many vulnerable Afghans, particularly in rural areas, at risk, he added.

The International Federation of Red Cross and Red Crescent Movement is appealing for $38 million to continue funding health clinics, emergency relief and other services across Afghanistan's 16 provinces. On Wednesday, U.N. spokesman Stephane Dujarric asked donors to fast-track funding for a $606 million flash appeal that is only 22% funded to help 11 million Afghans for the remainder of the year.

"There needs to be some solution to the financial flows into Afghanistan to ensure that at least salaries can be paid, and that essential supplies, power and water being two of them, can be procured," Matheou said.

Since the Taliban takeover in mid-August, the World Bank and the International Monetary Fund have paused disbursements to Kabul, while the U.S. froze billions of dollars in assets held in American accounts by the Afghan Central Bank. Foreign aid previously accounted for nearly 75% of Afghanistan's public expenditure, according to a World Bank report.

Cuts to health care have resulted in 2,500 health facilities no longer working, and over 20,000 health staffers, 7,000 of them women, no longer being paid, said Matheou as he concluded a five-day visit to the country.

The international community is divided over resuming aid to Afghanistan as the world waits to see whether the Taliban will again impose their harsh rule.

China, however, has delivered winter supplies to Afghanistan and will soon start flying in food and other supplies as a "friendly neighbor," Chinese Foreign Ministry spokeswoman Hua Chunying said Thursday. The shipment arrived Wednesday night.

China, which shares a narrow border with Afghanistan, has mocked the chaotic end to the U.S. presence in the country, and said Washington was to blame for the intensified hardships now facing the impoverished country under Taliban rule. Beijing has kept its embassy in Kabul open and established diplomatic ties with the Taliban.

Matheou said the diplomatic missions that have remained in Kabul after the Taliban takeover have taken a pragmatic approach "to the reality as it stands now" on a Taliban-run Afghanistan. The International Federation of the Red Cross envoy also met with representatives from Qatar, Pakistan, Turkey and Russia in Kabul. 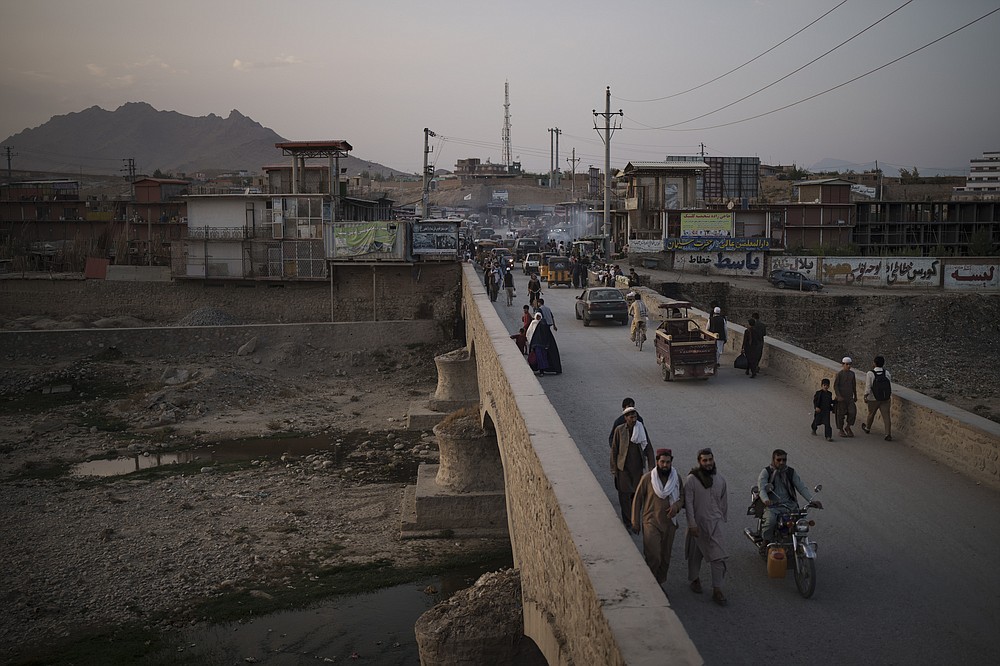 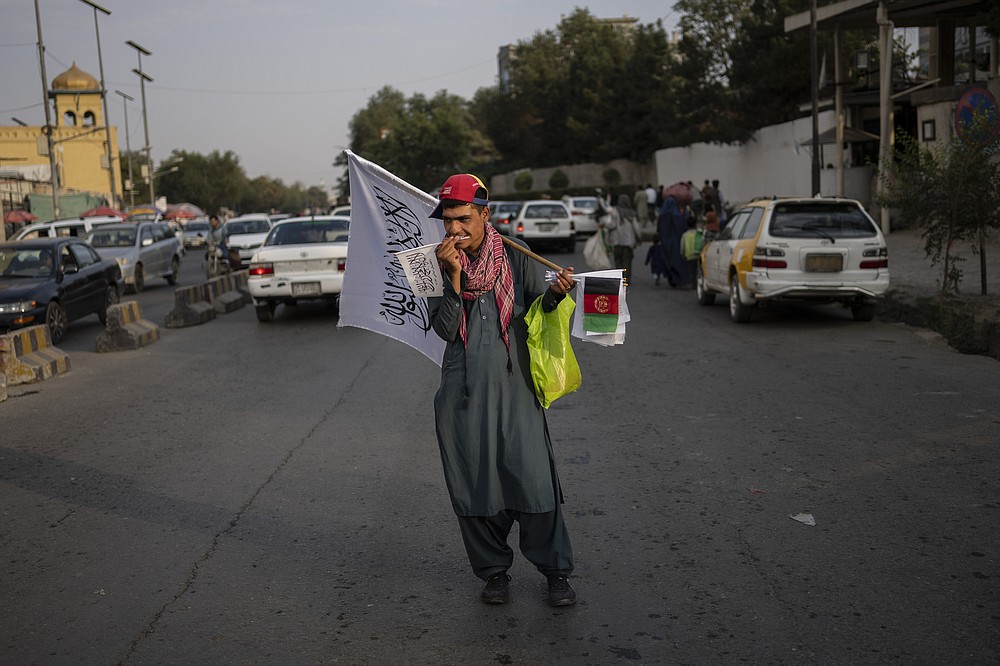