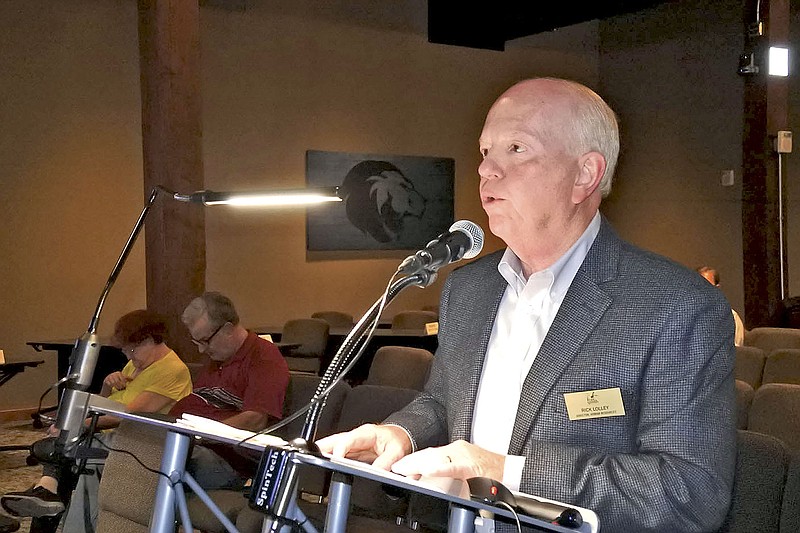 FORT SMITH -- Revamped pay schedules and improved salaries and benefits have been recommended in a study to keep the city competitive in hiring and maintaining qualified employees.

Blair Johanson, president of the Fayetteville-based Johanson Group, briefed the city's Board of Directors on the findings and recommendations of a salary and benefits study the company did for the city during the board's study session Tuesday. He proposed adopting new pay schedules for both non-uniformed and uniformed city employees next year based on the study's findings, which would result in pay increases.

Rick Lolley, the city's human resources director, wrote in a memo the board discussed the need to provide city employees competitive wages and benefits at its workshop April 23. The last salary and benefits study, done in 2019, resulted in an overhaul of the city's pay structure and increasing starting pay for full-time workers.

Johanson said the 2021 study had multiple objectives. One was ensuring the city's compensation system offers "fair and equitable salaries" based on internal job requirements and external pay with comparable positions in the region, including those in both the public and private sectors. The system must also be flexible enough to accomodate the city's changing needs, as well as successfully attract and retain talented employees in a fiscally responsible way.

Johanson said in the new pay schedule recommended for the city's non-uniformed employees, positions in the city's lowest pay grade, which represents part-time employees, would have a starting salary of $11.54 per hour. This would put the pay above the hourly minimum wage in Arkansas, which has increased from $8.50 to $11 since 2018.

The starting wages for the city's lowest paying full-time positions in the pay schedule would increase from $12.95 to $13.54 per hour, Johanson said. Current employees would also receive percentage-based pay increases, the amount of which would depend on where their position is in the updated pay scale.

The proposed pay schedule for uniformed employees would increase the starting yearly pay for entry positions in the Police and Fire departments by 4% to $40,120 and $37,856, respectively.

The pay schedule would raise step increases, or wage increases based on job performance and time in service, for each rank in the Police and Fire departments by about 4% as well, according to Eric Garvin, the city's deputy director of human resources.

Johanson also went into detail on employee benefits the city could improve based on comparisons with other entities. These included retirement, sick days and vacation days for non-uniformed employees and medical insurance coverage.

This briefing prompted nearly an hour of discussion from the board about how to proceed with the study's recommendations with the money the city has available. Johanson did not provide how much it would cost the city to adopt all of these suggestions during the meeting.