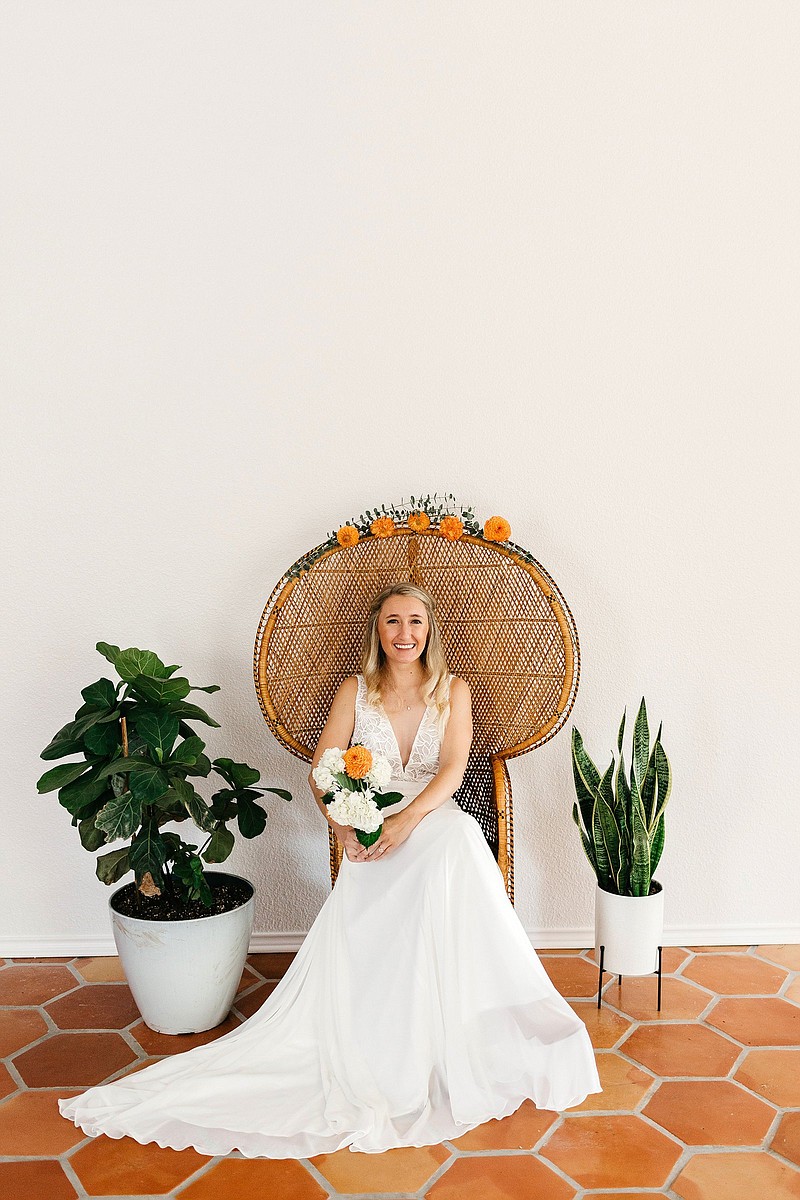 The Umlauf Sculpture Garden in Austin, Texas, was the setting at 6 p.m. Saturday, Sept. 25, for the marriage of Kelley Christine Lane and Reiner Larkin Hershaw. Dalton Lane, uncle of the bride, officiated.

Parents of the bride are Cheryl and Dr. Milton Lane of Little Rock. She is the granddaughter of the late Carol and Jim Francis and the late Mabel and David Lane.

The groom is the son of Marcia and Cameron Hershaw of Clarkston, Wash., and the grandson of the late Peggy and Ralph Hershaw and the late Lucile and Howard Succo.

The bride, escorted by her father, wore a sleeveless lace and chiffon gown. The bodice, with a deep V-neckline, was made of lace over a light-champagne lining. The chiffon skirt extended to a sweep train. She carried a bouquet of white and orange peonies, dahlias, ranunculus, olive branches, ornamental St. John's wort and eucalyptus.

A reception, also at the garden, followed the ceremony. Three long rows of dining tables were decorated with olive branches and votive candles. Music was by the band Groove Knight.

The bride graduated from Hendrix College with bachelor's degrees in international relations and studio art. She has a master's of public affairs from the University of Texas at Austin Lyndon B. Johnson School of Public Affairs. She is a government innovation senior consultant at Deloitte Consulting.

The couple will live in Austin after a honeymoon in France.