She knew from first grade she would marry him 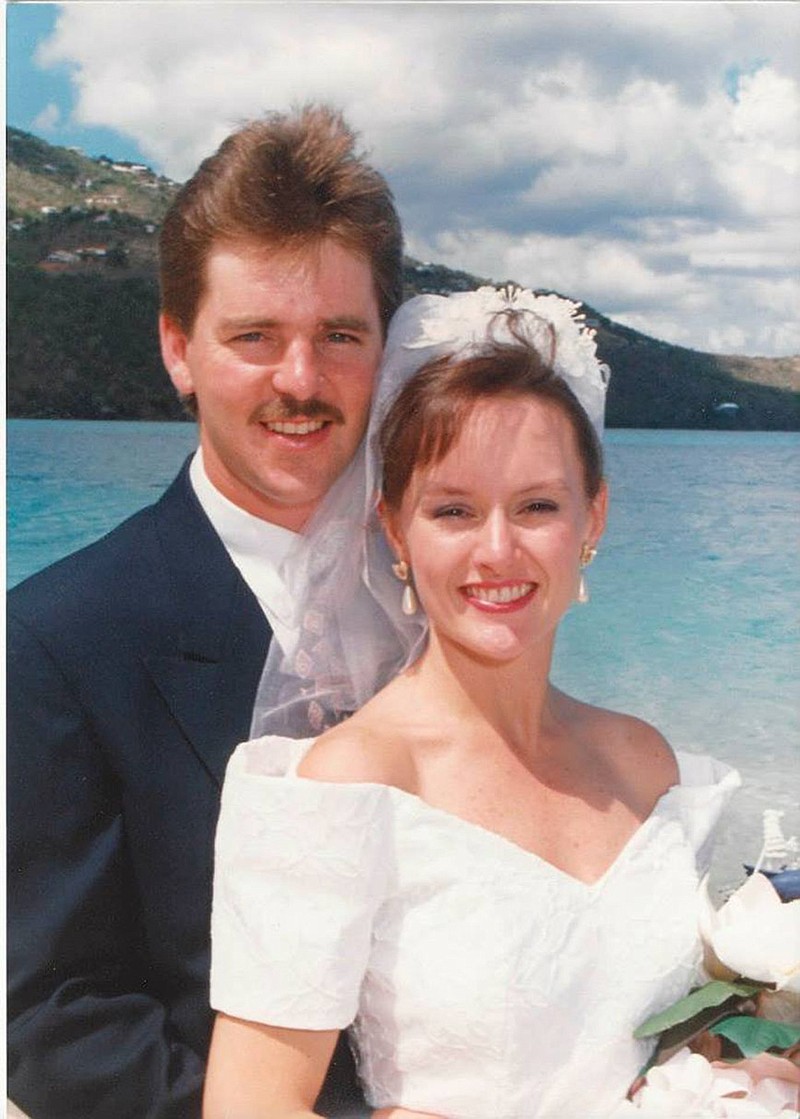 Cathy Whatley was just learning to write her own name when she began combining it with Paul Tuggle's.

They were in first grade at Harmony Grove school at Haskell in 1974.

"When he walked in the room, I was all googly-eyed," she says. "I remember writing on a piece of paper 'Cathy Tuggle,' over and over."

Paul had his tonsils removed that year, and each student in the class drew a picture to send to him while he recovered. Cathy had her tonsils removed a couple of weeks after Paul, and when her stack of get-well pictures from her classmates arrived, she immediately shuffled through looking for one from Paul.

"There wasn't one from him, probably because he was still out recovering from his surgery," she says.

They were friends throughout elementary school, though Paul's memories of Cathy aren't as vivid as hers are of him. He was just being a little boy, he says.

By seventh grade there was a romance blossoming between them. Cathy was too young to date, but they were "going together," which mostly meant they talked on the phone and held hands at school.

"He wrote me a little note and it said, 'Would you be my girlfriend?' and 'Circle yes or no,'" she says.

She circled yes and gave him back the note.

They both played basketball at school that year.

"We were going to a basketball tournament in Rison, Ark. He was on the boys' team and I was on the girls' team, and so we rode back on the bus together," she says. "That was our first kiss, sitting together on the bus. We both were wearing braces and so we were kind of worried we might lock braces."

Around that time, he tucked a photo of her into a wallet and took it with him to Atlanta when he went to visit his father. He had forgotten that until recently when he found the wallet and looked inside.

"That was the only picture in there," he says.

But then Cathy's mother wouldn't let her go to an overnight church lock-in at a skating rink, proclaiming that she was too young for such an activity.

"He broke up with me in seventh grade," she says.

They still attended church and youth group activities together.

"We went to Petit Jean Mountain as a group, but we were just hanging out with other kids," she says. "From the day I laid eyes on him in first grade, I knew he was going to be my husband. But we were just really, really, really good friends all throughout junior high and high school."

They talked to each other about everything.

"He was my best friend," she says. "If I ever had any issue with a boyfriend or something I could call him and we would talk and he would do the same thing."

They signed each other's yearbooks at the end of each year.

"She always wrote these sweet paragraphs in my annual," he says. "She was just always there for me, if I needed to talk or whatever."

On the day of their graduation from Harmony Grove High School, Paul invited Cathy to go to Little Rock with him to pick up his suit.

"We just hung out that whole day," she says. "After graduation I didn't see him for seven years."

Cathy was living in Little Rock then, and she got three different invitations for a night out at BJ's Star Studded Honky Tonk. She rejected the first and second invitations. By the third, she relented.

"This was not a place I wanted to go to -- but I was like, 'This is so strange that everybody is asking me to go to BJ's. It must be a sign,'" she says.

Paul, too, was having his arm twisted for a night out at BJ's. It was his cousin's birthday, and he insisted that Paul come out and celebrate with him.

They were surprised to run into each other there, though they later decided it must have been fate.

Paul didn't realize he had been invited over for dinner until she called the next day, Saturday, to firm up their plans.

She made him chicken parmesan with her signature Whatley salad.

He proposed a few months later at his mother's house in Haskell.

They were married on Oct. 11, 1994, on Magens Bay in St. Thomas, U.S. Virgin Islands, and celebrated with a big reception when they returned home.

The Tuggles live in Haskell and commute to Little Rock. She is majority owner of Apartment Hunters and he is vice president.

They have one son, Weston, and three grandchildren.

"We see each other pretty much 24 hours a day," she says, "but it's easy to do because we're best friends."

She says: “I was in first grade. I think I knew even then that he would be my husband.”

He says: “I felt kind of warm inside — that was the first time I saw her again after seven years. I didn’t realize until she opened the door but it hit me, this is who I was supposed to be with.”

She says: “I was so sick. I guess it was nerves, and he thought I might not marry him. Once we said ‘I do,’ the sickness was completely gone.”

He says: “I was just full of happiness.”

She says: “Be friends before anything. That’s the most important thing. If you don’t have friendship you can’t have a relationship.”

He says: “You have to love each other and you have to trust each other. You’re not always going to see eye-to-eye.”

Print Headline: She knew from first grade she would marry him