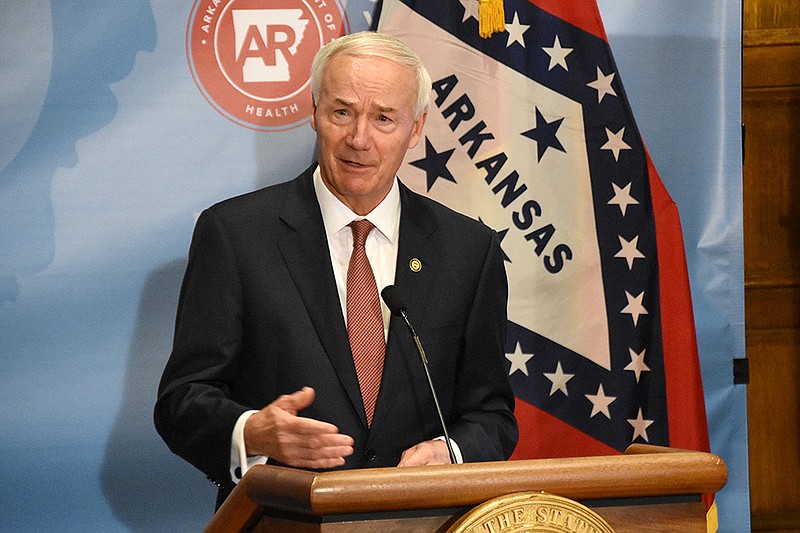 Gov. Asa Hutchinson is currently not planning to extend the 90 day order that sent Arkansas National Guard Troops at the Texas border, but he will meet with the Texas Department of Public Safety for a briefing on what is being called “Operation Lone Star”.

Shealyn Sowers, spokeswoman for the governor's office, said Hutchinson is scheduled to fly to Texas today to support the Arkansas National Guard mission to provide assistance in border security.

“The governor will also meet with the Texas Department of Public Safety for a briefing on Operation Lone Star,” she said in an email. “After the briefing the governor will participate in a border tour with the Marine Patrol Unit of the TXDPS.”

Hutchinson in July authorized a 90-day deployment of up to 40 Guard members to the border. The Guard unit is a vehicle-maintenance crew that was deployed to Welasco, Texas to maintain vehicles used by the Texas Department of Public Safety.

Sowers said Hutchinson is not considering extending the order to keep or send more troops to the Texas border at this time.

“If Governor (Greg) Abbott requests help down the road that request will be evaluated at that time,” she said.

Hutchinson will also meet with the U.S. Border Patrol/U.S. Customs and Border Protection on Tuesday morning.

“The Border Patrol along with CBP were agencies under the direction of then Under Secretary Hutchinson during his service at the Department of Homeland Security,” Sowers said.