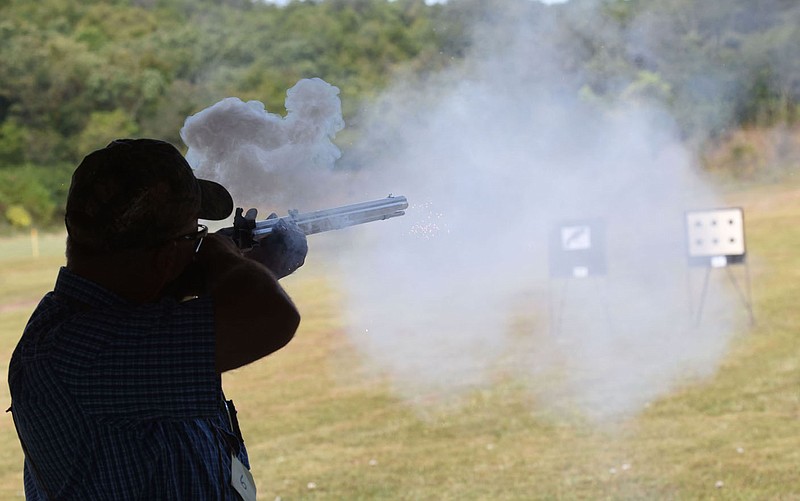 Contenders at the 66th annual Saunders Memorial Shoot gave it their best shot because one shot was all they got.

Shooting matches at Luther Owens Park gun range in Berryville are for muzzle-loader rifles, shotguns and pistols that fire a single shot. When a contestant lightly squeezes the trigger, clouds of smoke accompany the blast of these black-powder guns, which are loaded through the front, or muzzle, of the barrel.

Gunfire echoed across the hills on the outskirts of Berryville for this year's shoot held Sept. 23-26. Some 125 shooters fired vintage black-powder guns at far-away targets aiming for a bull's eye. Up the hill at the shotgun range, contestant broke fast-flying clay targets. There are prizes, but it's mostly for fun, said Charles Coleman, a shotgun shooter from Wynne.

"I've been coming to this since I was a kid when my dad would bring me. I'm 54 now. I never expect to win anything. For me it's just the fun of the shoot," he said. Coleman sported the look of a revolutionary war soldier in his black three-cornered hat.

Clouds of gun smoke, in sort of a blue tint, drifted around the range. Smaller caliber arms popped while big guns roared as men and women fired away. The sweet scent of burnt black powder is familiar aroma to Charlie Caywood, a gun maker from War Eagle. He's attended 64 of the 66 Saunders Memorial Shoots and celebrated his 90th birthday with friends at this year's contest.

"Everybody who comes here outshoots me, but I still like 'em all, or most of 'em anyway," Caywood said.

The craftsman is legendary for the beautiful black-powder guns he's built for 65 years. At 90, he's still at it.

"But I'm a lot slower now. By the time I get one finished, it's rusty," Caywood joked.

Shooters and spectators stopped by Caywood's vendor tent to eyeball guns he offered for sale. Other vendors sold everything from finished guns to black-powder supplies and books about the muzzle-loader tradition. At one tent, a man sold hardwood planks that can be hewed into finished gun stocks.

Dwayne Sumpter of Pleasant Hill, Mo., near Kansas City, has been to 20 of the 66 Saunders shoots. He built his first gun from a kit in 1980 so he could hunt deer during the Missouri muzzle-loader season, plus bowhunt during archery season.

Most states, including Arkansas, have a muzzle-loader deer season. That gives firearms deer hunters more time in the woods, in addition to the modern gun season.

Sumpter loves deer hunting with his muzzle-loader and recommends it to people interested in black powder. But it takes time to learn how to load and safely shoot a muzzle-loader. Experienced shooters are happy to help.

"A good way to learn is to come to a shoot. You can talk to the people here and learn how to play this game," Sumpter said. "To get started, you kind of need to have someone who can teach you, someone who knows how to shoot."

The late Burton "Buck" Saunders donated the land for Luther Owens Park. The park and range are named for Luther Owens, who Caywood said was the first game warden in Arkansas and an expert marksman. It's open to the public for rifle and pistol shooting daily with black-powder or modern guns. Cost is $2 per shooter. Fees are placed in an honor box. The range is located at 1300 Chafin Road in Berryville. 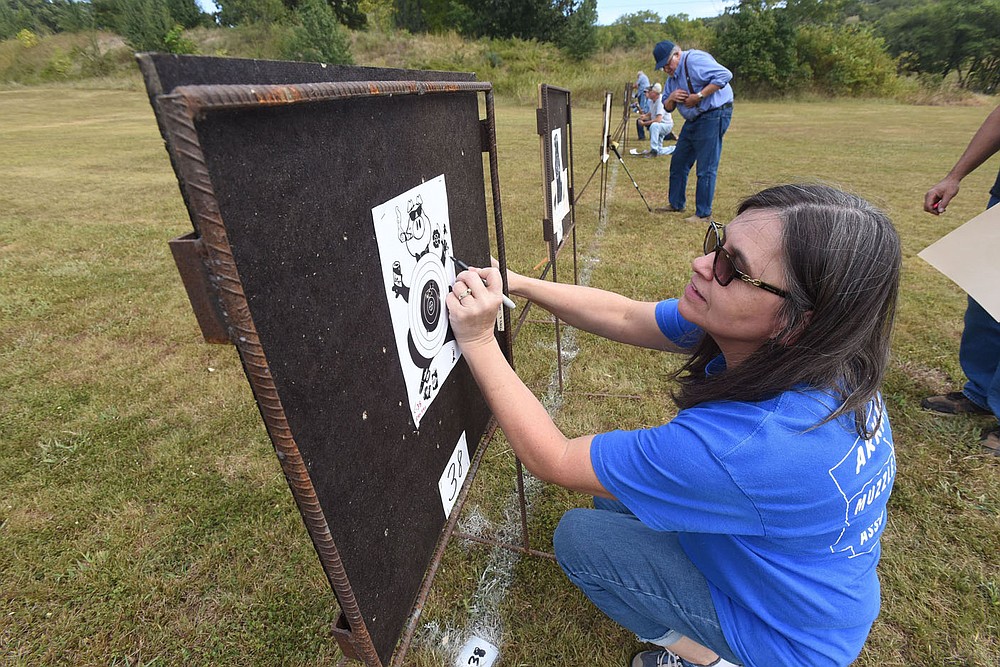 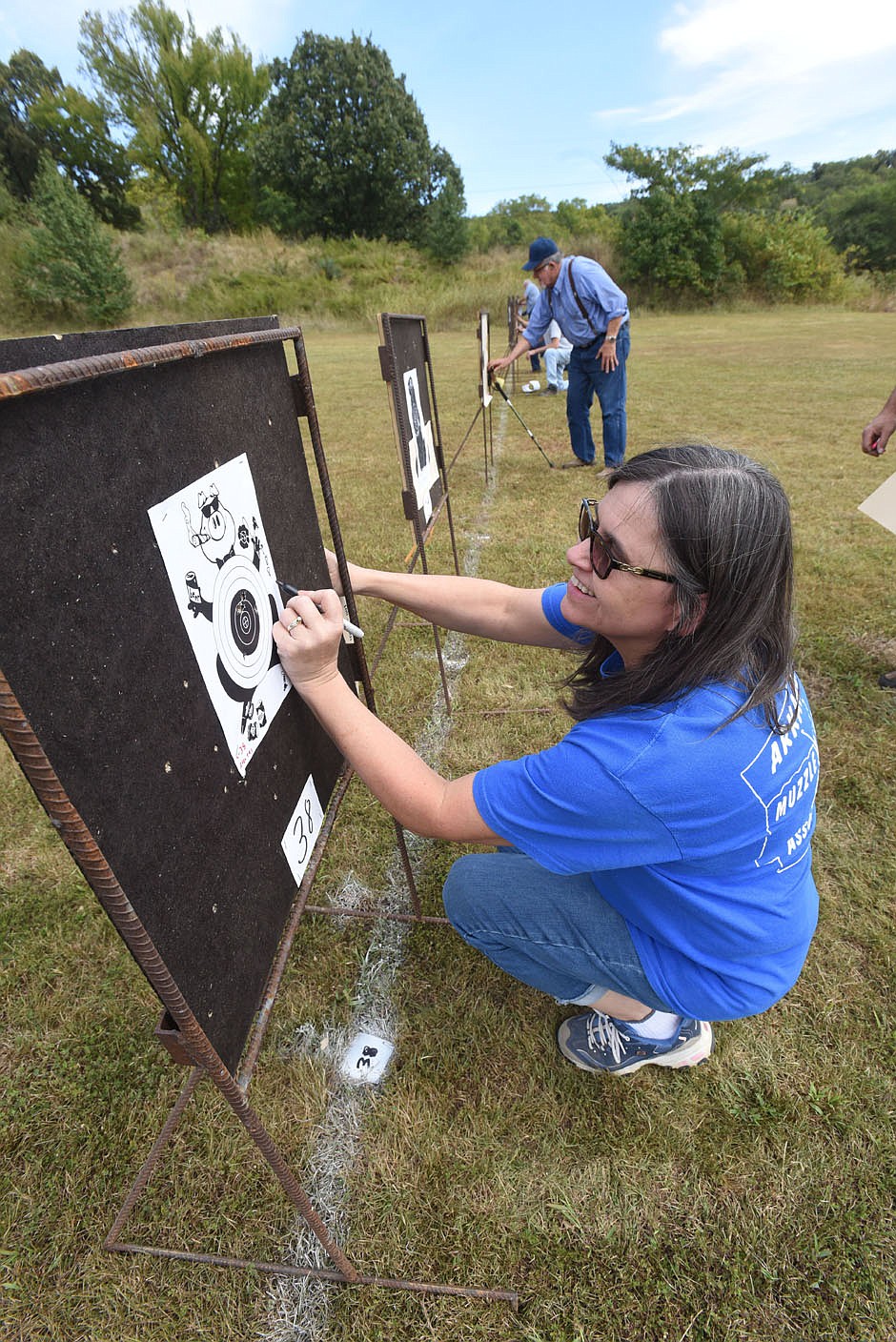 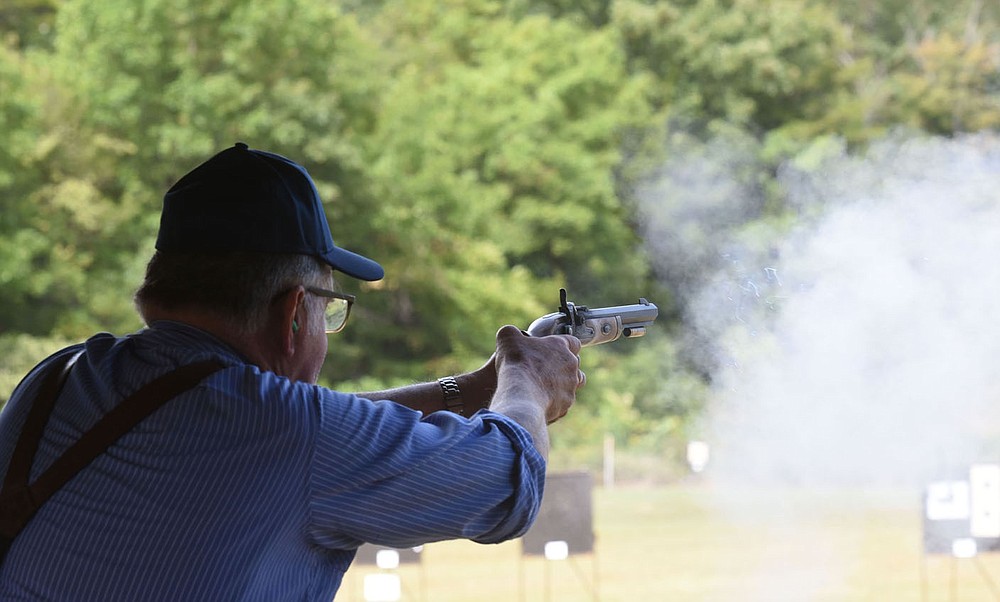 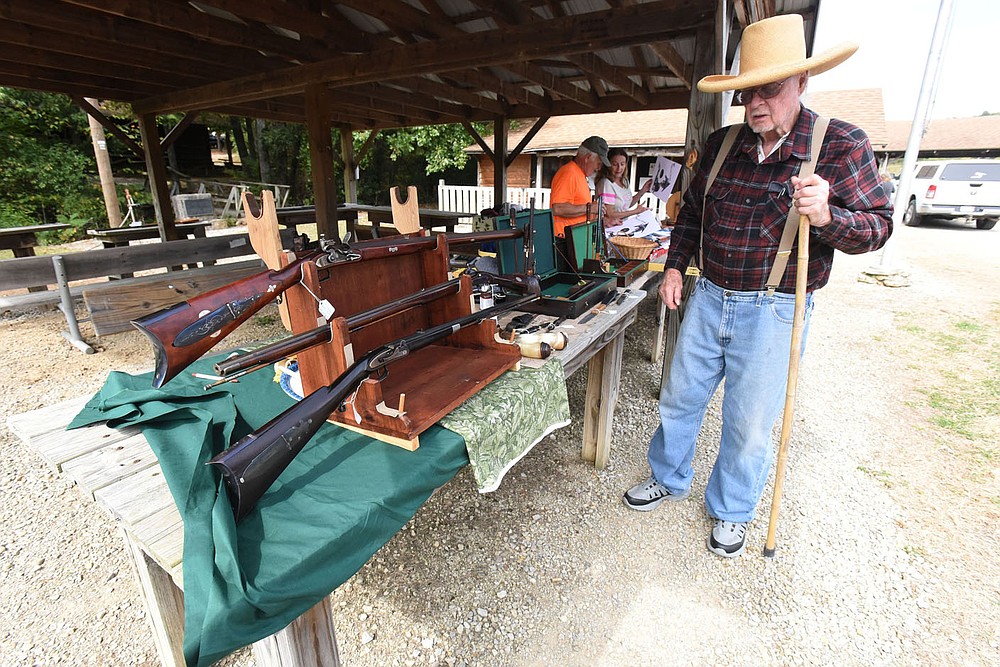 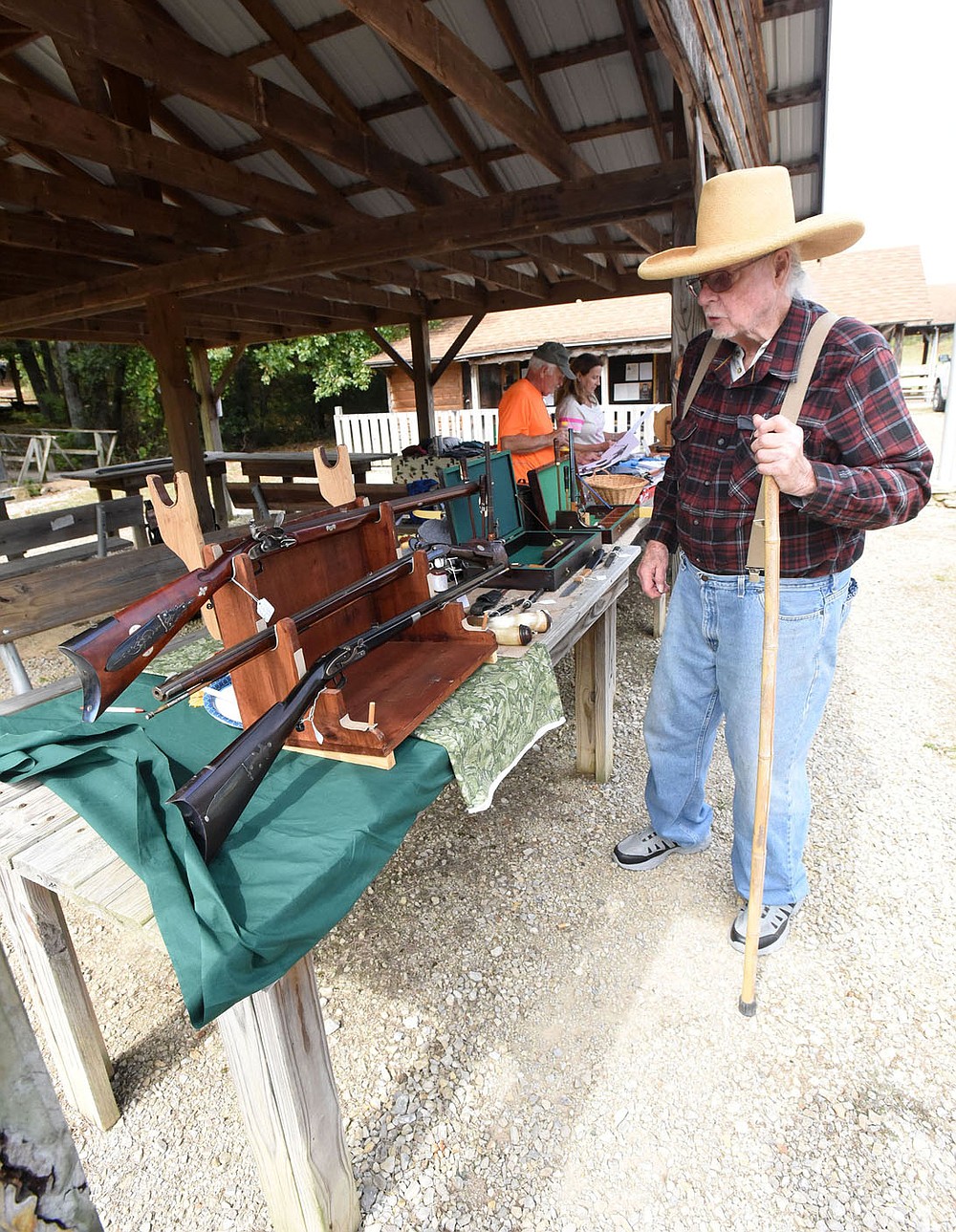 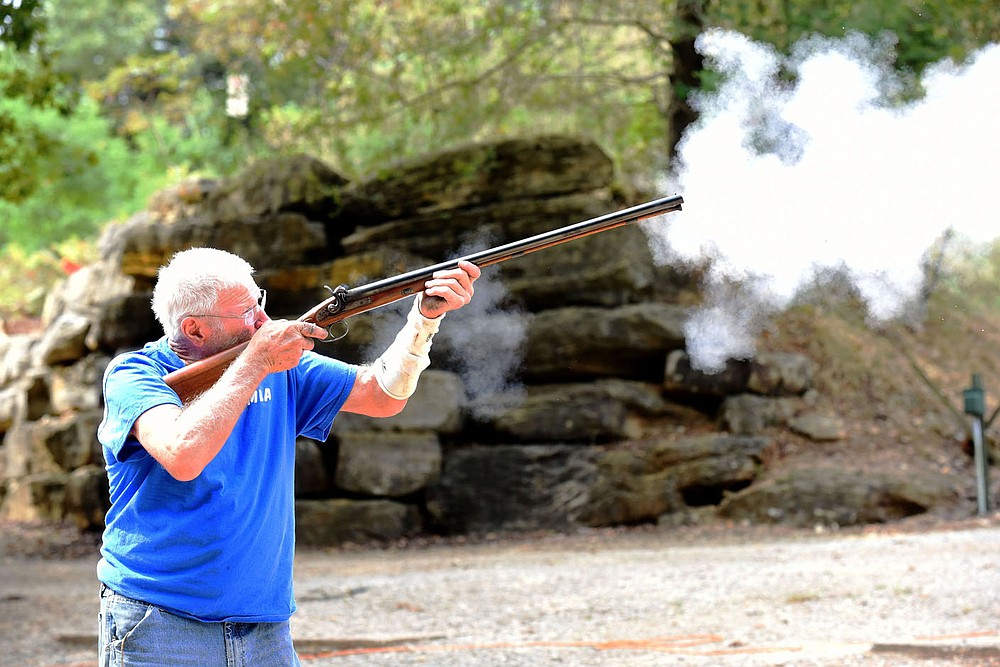 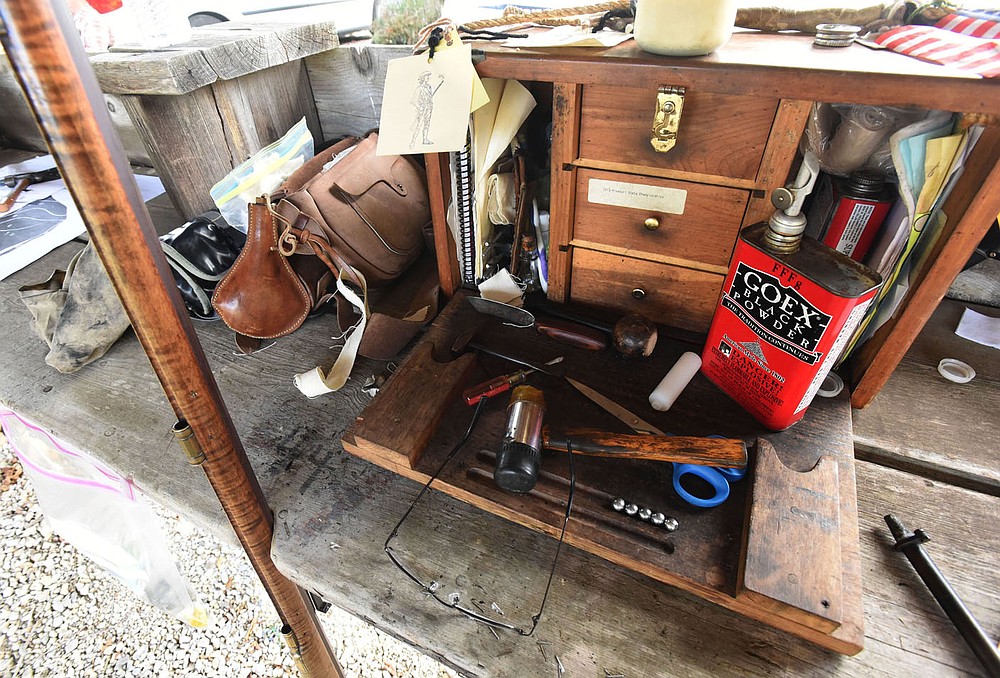 Arkansas’ muzzle-loader deer season is Oct. 16-24 and Dec. 11-13 in Northwest Arkansas and most of the state. Visit afgc.com or pick up a copy of the Arkansas Game and Fish Commission 2021-2022 Hunting Guidebook for complete regulations.