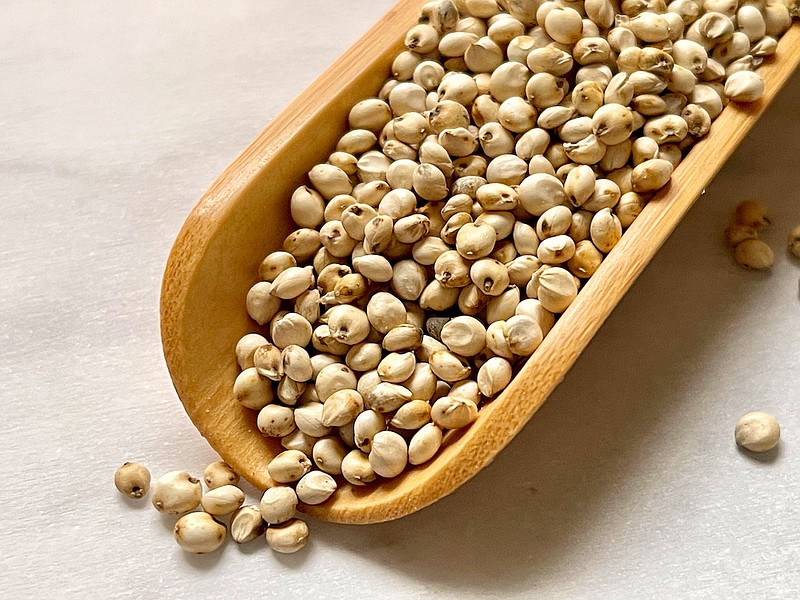 Sorghum grains before cooking are about half as big a whole black peppercorns. (Arkansas Democrat-Gazette/Kelly Brant)

If things are getting a little sticky around here it's because this is sorghum harvesting time in Arkansas.

On Saturday, the Heritage House Museum in Mount Ida will celebrate all things rich, gooey and sweet during its 12th annual Sorghum Festival. There will be a working gristmill, sorghum tasting, fresh-baked sorghum goodies and other events during the free festival, which begins at 8 a.m. at the museum, 819 Luzerne St., Mount Ida.

In her 2017 book "An Ozark Culinary History: Northwest Arkansas Traditions From Corn Dodgers to Squirrel Meatloaf," author Erin Rowe writes about the fall tradition of making sorghum syrup, back when many farmers maintained a patch of sorghum stalks, which are similar to sugar cane, to provide an option to honey as a sweetener.

"People seemed to look forward to sorghum-making time of year, usually in September, as the fields were laid but the big crop harvest wasn't underway," Rowe writes. "Most people were also out of sorghum, also known as molasses, by this time of year and glad to have some more sweetener."

But sorghum is more than just the thick, liquid gold we slather over our hot, buttered biscuits and pancakes. Sorghum grain and flour are also used in vegetable dishes, gluten-free options, baking and more.

Sorghum grain, which can grow just about anywhere, has been a major food crop in Africa and other parts of the world for centuries, Rowe says.

In the United States, sorghum grain hasn't been a popular food choice until recently. 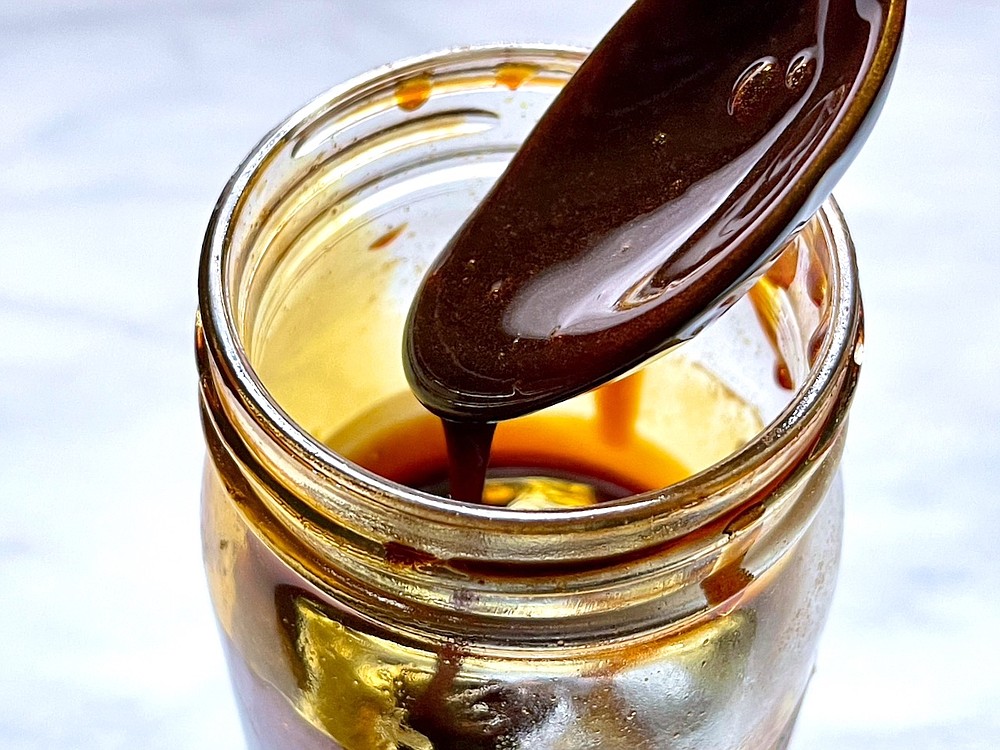 Sorghum syrup is made by boiling the juice of the sorghum plant on open vats. (Arkansas Democrat-Gazette/Kelly Brant)

"A lot of people are gluten-free these days, so you're seeing more people looking for alternate grains," says Rowe, who leads culinary tours around the Ozarks.

"There are a lot of things you can do with sorghum. You can even pop it and add it to your trail mix as a crunchy treat."

Rowe shared a couple of sorghum grain-related recipes that are perfect for the autumn and winter. Despite both being meatless, her Spiced Butternut Squash and Sorghum Bowl With Pepitas and Spicy Sorghum Chili are hearty, filling and yummy.

My maiden foray into cooking with sorghum grain was the squash and sorghum bowl. A heads up: Though the recipe calls for boiling the grain for an hour until tender, mine never really got overly soft or mushy. There is still a bit of firmness to the grain and it has a pearly texture. I loved it, especially with the almost creamy squash, the crunch of the pepitas (don't skip those, by the way) and the sweet-and-tangy dressing.

The chili was a revelation. Top it with cheese, tortilla chips and cilantro and it's a satisfying, meat-free winter meal. It also lends itself to experimentation. I added a few healthy dashes of red pepper for heat; instead of Mexican seasoning blend, a package of chili seasoning might also work well.

Friend and colleague Mike Simmons came by the day after I made the chili and I sent a bowl home with him. He had it that night and texted me this:

"I thoroughly enjoyed my supper. Very tasty indeed. My compliments to the chef."

The two sweet recipes below call for good ol' sorghum syrup (also called sorghum molasses). The Sorghum Pecan Pie is not overpowered by sweetness and the Sorghum Molasses Cookies turned out nicely, with crisp edges and soft middles. Mine did spread a bit on the sheet and many of them melded together. They wouldn't have won me Star Baker on "The Great British Baking Show," but they were quite tasty.

In a medium saucepan, combine the sorghum, vegetable broth and 2 cups water. Bring to boil, reduce heat, cover and simmer 60 minutes or until grains are tender and splayed open. Drain any remaining liquid.

While sorghum cooks, roast the pepitas and squash. Spread the pepitas in a single layer on a rimmed baking sheet. Roast until fragrant, 5 to 7 minutes. Set aside ½ cup of pepitas for the bowl and reserve the remaining ¼ cup for topping.

Increase oven temperature to 375 degrees. Lay squash on a large baking sheet and drizzle oil over flesh to cover and sprinkle with salt and pepper. Roast until tender, 35 to 40 minutes. Set aside to cool then gently slice away softened skin and cut squash into 1-inch cubes. 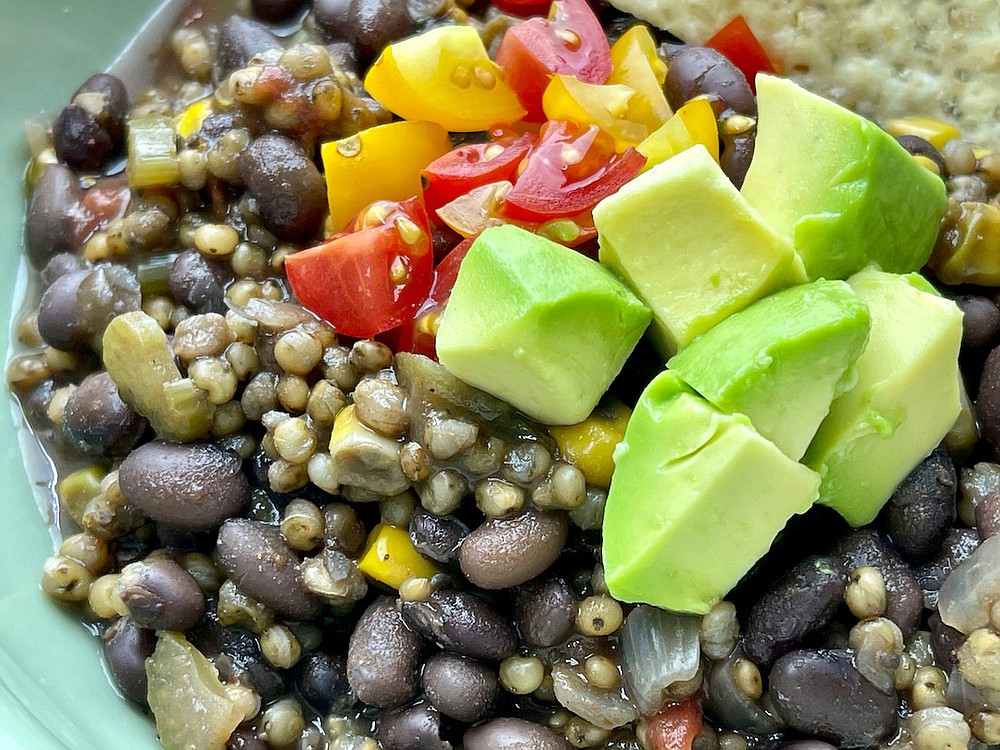 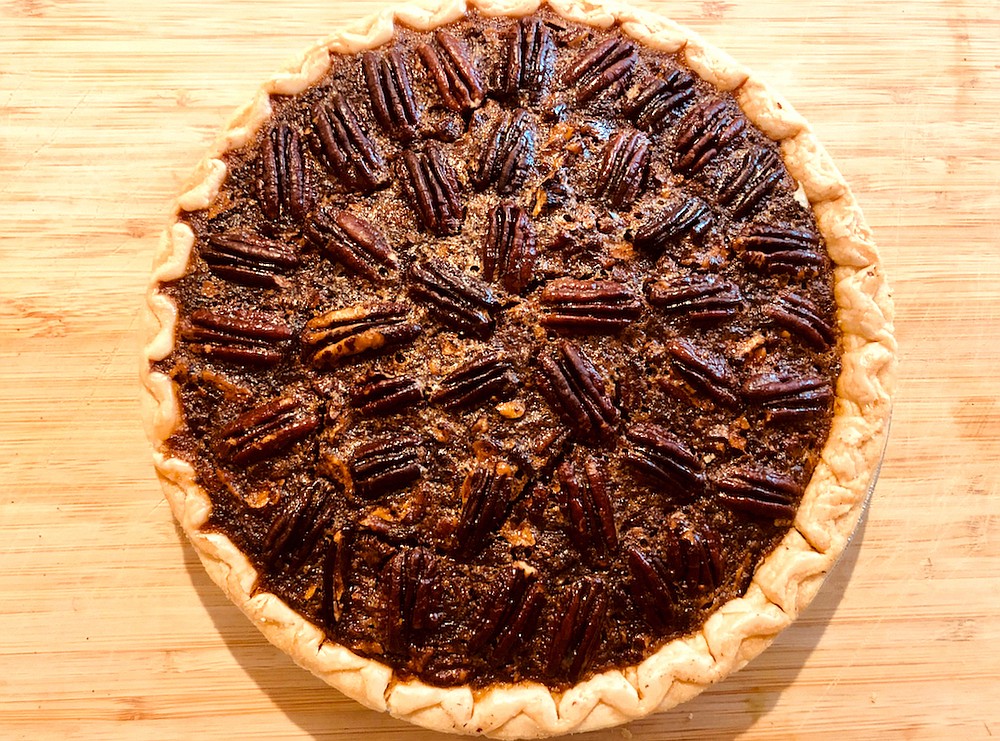 Scatter 1 cup pecans on a baking sheet and toast at 350 degrees for 8 minutes. Chop and put in pie shell. Reserve remaining pecans for decorating top of pie.

Reserve 1 cup of filling and pour the rest over the chopped pecans in shell. Toss remaining cup of pecans with reserved filling until coated, then arrange on top of pie.

Place on a baking sheet and bake at 350 degrees about 1 hour, until filling is set but a bit jiggly.

Adapted from "Mother Grains: Recipes for the Grain Revolution" by Roxana Jullapat 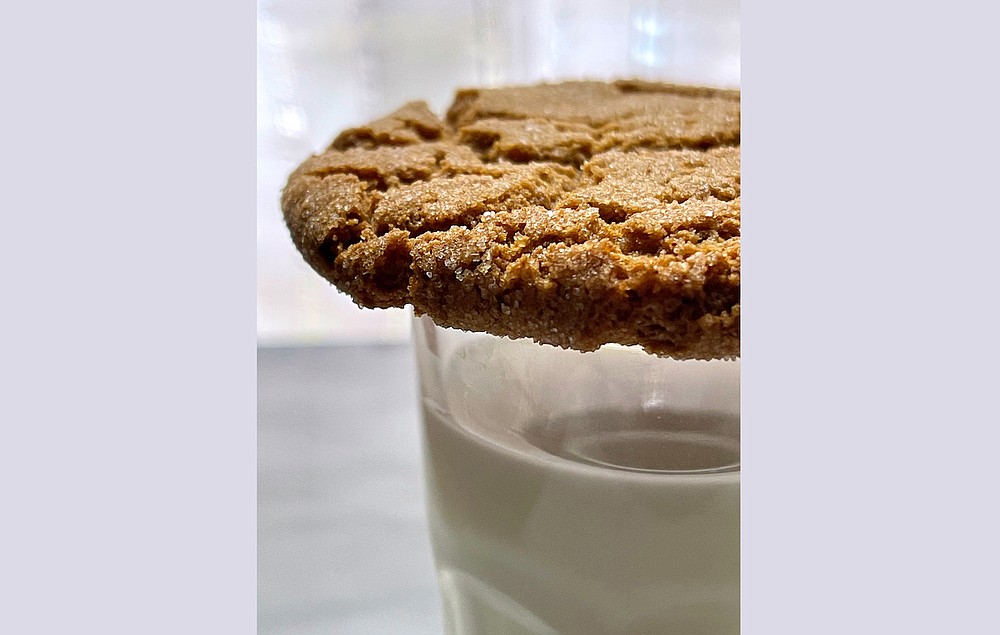 In a stand mixer with paddle attachment, cream the butter and brown sugar at medium speed for 2-3 minutes. Add egg and mix for 1 minute; add the oil and sorghum syrup and mix for 1 minute more and then add the salt, baking soda, cream of tartar, flour and spices. Mix until a uniform dough forms. Transfer dough to a sheet of parchment paper or plastic wrap. Flatten into a disk with your hands, then wrap tightly and refrigerate for at least 30 minutes (and up to 2 days).

Divide dough into equal portions, up to 2 ounces each. Shape each into a ball, roll balls in granulated sugar and place on the baking sheets at least 3 inches apart.

Bake until edges are set and centers have cracked, 12 to 14 minutes, rotating baking sheets halfway through.

Note: We made these using all-wheat flour and all sorghum flour. The sorghum-only batch spread a bit more than the wheat flour batch, but both were good. A combination of flours would work too.

Adapted from "Mother Grains: Recipes for the Grain Revolution, by Roxana Jullapat