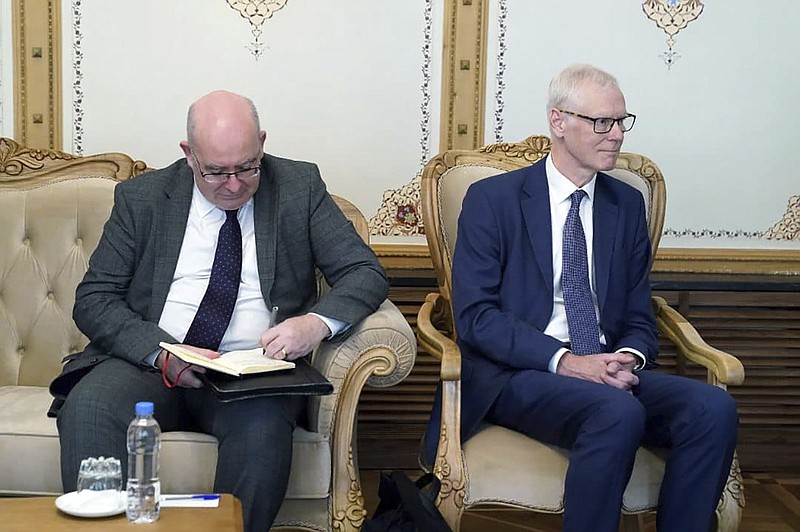 KABUL, Afghanistan -- Afghanistan's Taliban leaders met Tuesday with U.K. officials for the first time since taking power, a move the group hopes will pave the way for the country to refill cash-starved coffers as it teeters on the brink of economic collapse.

The Taliban's meeting with British diplomats in the capital Kabul came a day after they met with an Iranian delegation -- another first since assuming the helm -- to discuss trade relations, a key driver of Afghanistan's economy.

The Taliban met with Sir Simon Gass, the British prime minister's high representative for Afghan transition, and Martin Longden, the charge d'affaires of the U.K. mission to Afghanistan in Doha.

The meeting marked Britain's first diplomatic visit to the country since the Taliban seized Kabul on Aug. 15, and took control of Afghanistan after the U.S. exit.

After the meeting, Longden tweeted that "substantial discussions" were held with the Taliban leadership covering a wide range of topics, including the humanitarian crisis, terrorism and the importance for safe passage for U.K. and Afghan nationals, and the rights of women and girls.

He fell short of recognizing their government officially, a Taliban wish, and described the meeting as a "test."

"It's early days and unsurprisingly, there are points of difference between us. But such difficult challenges lie ahead for Afghanistan (and beyond)," he tweeted. "It's right to test if we can engage pragmatically and find common ground -- in the interests of both the UK and Afghan peoples."

In a statement, the Taliban said it was committed to good relations with all countries. "In return, we want the international community to return the cash capital of the Afghan nation to our nation," it said, referring to billions in Afghan assets frozen in U.S. accounts.

The Taliban met Monday with a delegation from neighboring Iran to regulate trade between the countries, Taliban spokesman Bilal Karimi said. They agreed to increase trading hours at the Islam Qala border crossing from eight hours per day to 24 and to better regulate the collection of tariffs and improve roadworks. Customs are a key source of domestic revenue for Afghanistan.

Afghanistan, an aid-dependent country, is grappling with a liquidity crisis as assets remain frozen in the U.S. and disbursements from international organizations that once accounted for 75% of state spending have been paused.

Separately, French President Emmanuel Macron said Tuesday that he wants the Group of 20 major economic powers to set conditions for recognizing the Taliban, including ensuring women's and girl's rights.

Macron said on France-Inter radio that global powers should tell the Taliban: "You must absolutely give young girls in your country a future, and that is one of the things that we will look at before recognizing you."

He said that allowing all girls back to school is one of his concerns.

Macron also told France-Inter radio that he would raise the issue at the upcoming G20 summit in Rome later this month. Among other conditions for recognition, he said, should be that the Taliban allow continued humanitarian operations, and condemn and refuse to cooperate with "Islamist terrorist groups" in the region.

Meanwhile, Taliban officials said Tuesday that they arrested 11 members of the Islamic State group, a rival and bitter enemy of the insurgents, in Kabul. The Islamic State affiliate -- based in eastern Nangarhar province -- has claimed responsibility for a spate of recent attacks targeting Taliban forces in eastern Afghanistan and elsewhere.

Karimi posted on Twitter that the raid was carried out Sunday night in the Afghan capital's Fifth Police District. He provided no further details. The raid came just hours after a bombing that targeted the Eid Gah Mosque in Kabul, killing at least five people.

The Islamic State claimed responsibility for the mosque attack late Monday, saying in a posting by its Amaq news agency that one of its suicide bombers targeted senior Taliban figures following a mourning service.

Sunday's bombing was the deadliest attack in Kabul since the Taliban took control of Afghanistan with the departure of the last U.S. troops on Aug. 31. The Islamic State had also claimed responsibility for the bombing on Aug. 26 that killed more than 169 Afghans and 13 U.S. military personnel outside the Kabul airport, where thousands of people were trying to reach the airport to escape Taliban rule.

Information for this article was contributed by Rahim Faiez and Maamoun Youssef of The Associated Press. 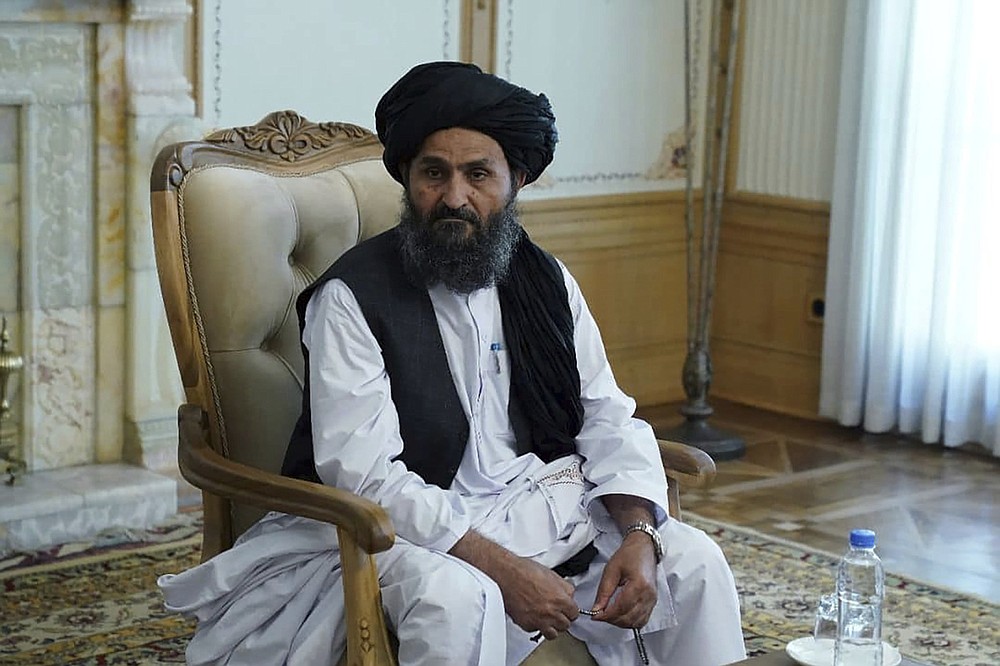