Correa's run with Astros apparently near an end 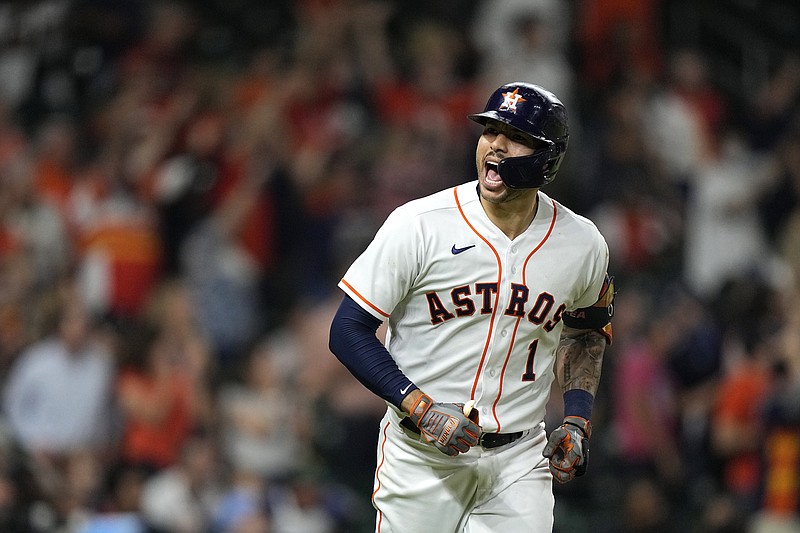 A Houston Astro since he was 17, his time with the team is probably approaching its expiration date -- likely to end when the club's playoff run does.

Correa becomes a free agent after the season and the Astros seem unwilling to pay him what another team surely will. The sides negotiated in the offseason to no avail, and the star shortstop cut off talks when the season began so they wouldn't be a distraction.

He certainly hasn't looked preoccupied on the field this year, hitting a career-high 26 home runs and leading all position players with a 7.2 overall WAR and 2.9 defensive WAR. But as the AL West champion Astros prepare to play the Chicago White Sox in their best-of-five Division Series beginning today, the possibility that these are Correa's final games with the team looms large.

"I'm just hoping that there's a way that we can retain and sign Carlos, because he's a big part of this team, not only on the field, but he's one of the real leaders," Manager Dusty Baker said.

"Right now, we're focused on the postseason," he said. "We'll address the rest of it when we can."

With his future in limbo, Correa reflected on what this team has meant to him as he grew from a boy to a man. He thought back to the day in 2012 when the Astros drafted him first overall. And the overwhelming feelings that enveloped him the moment he set foot in Minute Maid Park not long after that.

"I just felt like it was still a dream and I couldn't wait to be here, playing full-time," he said.

Correa, 27, knew what was expected of him from Day 1 and embraced the challenge of helping turn around a franchise that lost 107 games the year he was drafted.

"When they take you with the first pick overall, I feel like all the pressure should be on you to make this organization better," he said. "Through my time here I have delivered, and I've done good things for this organization. Winning a championship was up there with that, but also representing this team the right way off the field, that makes me proud."

Perhaps the only person close to Correa who is optimistic he'll be around next year is good friend Jose Altuve. The second baseman constantly tells his buddy that they'll figure out a way to keep him clad in orange and navy.

"But he doesn't write the checks, he doesn't negotiate contracts," Correa said.

Then his face brightens as another thought enters his mind.

"But he does have power in this organization, so we'll see what happens," Correa said.

The Astros don't have a history of spending big on free agents. The most owner Jim Crane has ever paid a free agent was a four-year, $52 million deal with outfielder Josh Reddick in 2017.

That number wouldn't even scratch the surface of what Correa expects to be paid. He says his friend and fellow shortstop Francisco Lindor set the market for the position when he fetched a $341 million, 10-year contract with the New York Mets before this season.

When asked if that's the type of deal he's looking for, Correa doesn't answer directly. Instead, he notes that his career WAR (34.1) is higher than Lindor's (31.1) and he's had about 800 fewer at-bats.

"So that should tell you a lot," he said.

Correa won AL Rookie of the Year in 2015 and quickly became a face of the franchise as the Astros made their march back to respectability. He starred as they won their first World Series in 2017 and was quick to atone for the team's misdeeds when its sign-stealing scandal was uncovered.

He's been exactly what the club needed at every turn, doing everything possible to live up to the promise the Astros saw in him all those years ago.

He wants to stay, but insists he isn't hurt by the fact the Astros haven't already made sure he will.

"They've got to do what they've got to do to help this organization keep going in the right direction," he said. "We built something special here, so I would love to be part of it for years to come. But I understand how the business works, so there will never be hard feelings." 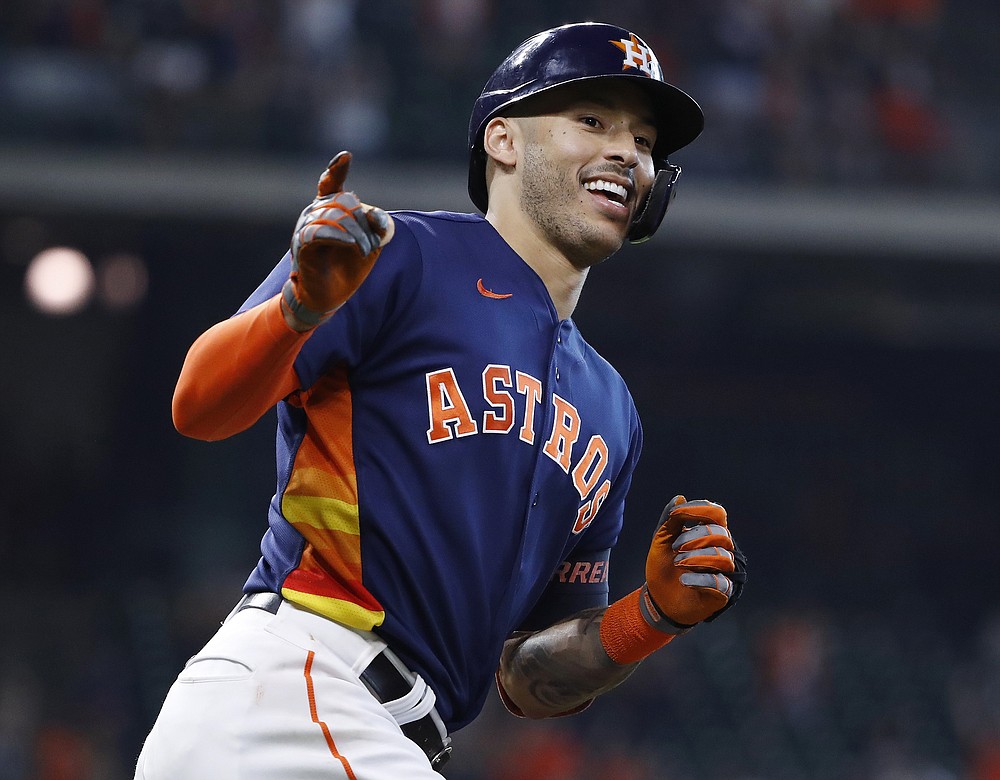 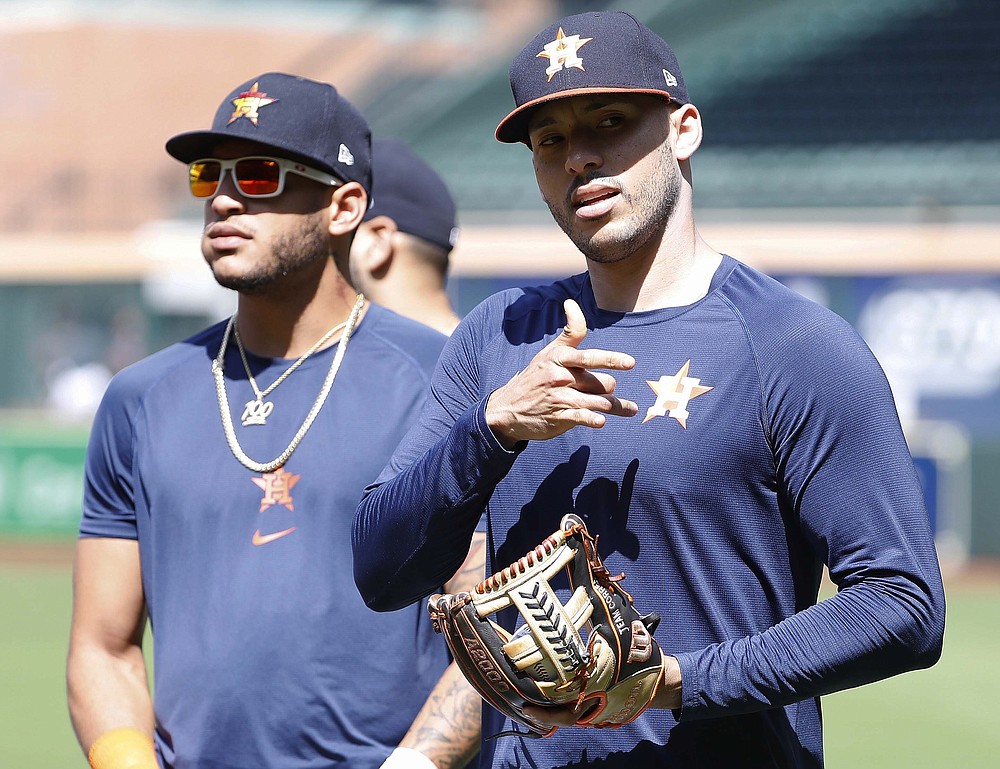 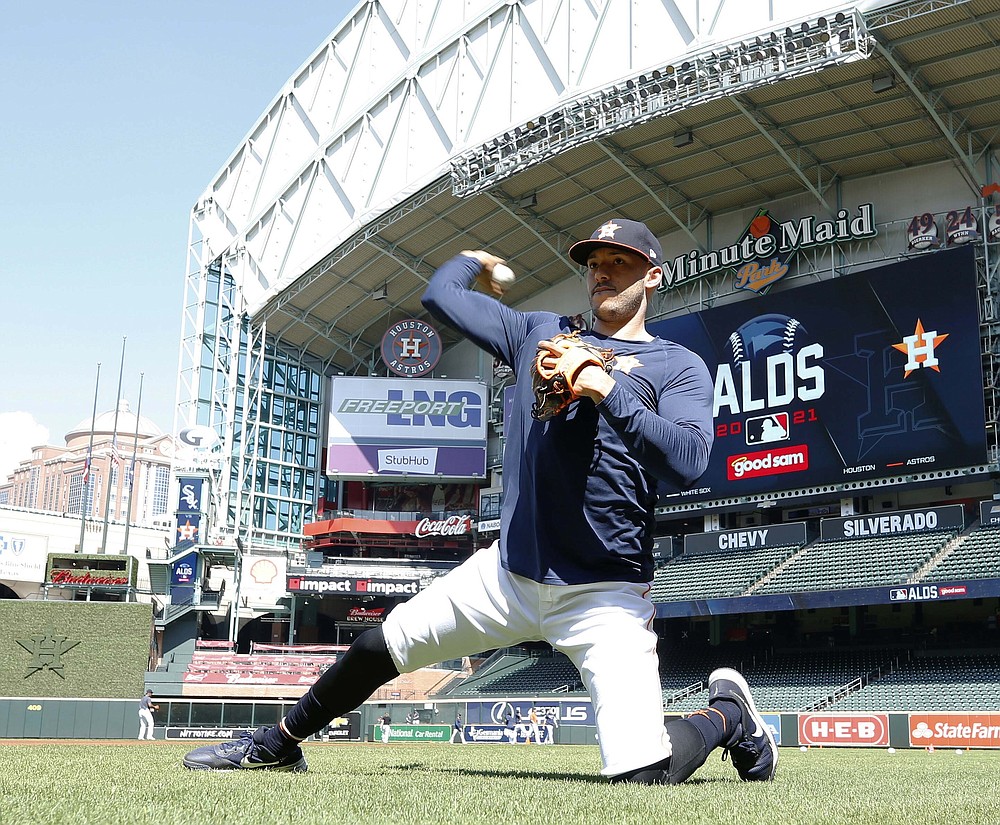 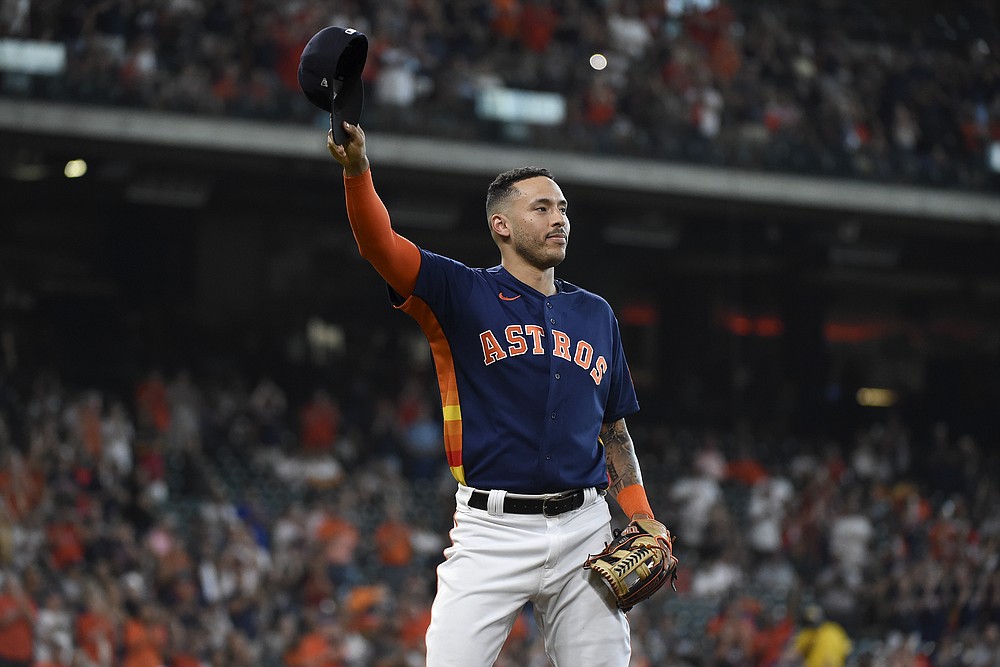 Houston Astros' Carlos Correa acknowledges the crowd after being pulled from baseball game before the ninth inning against the Oakland Athletics, Sunday, Oct. 3, 2021, in Houston. (AP Photo/Eric Christian Smith) 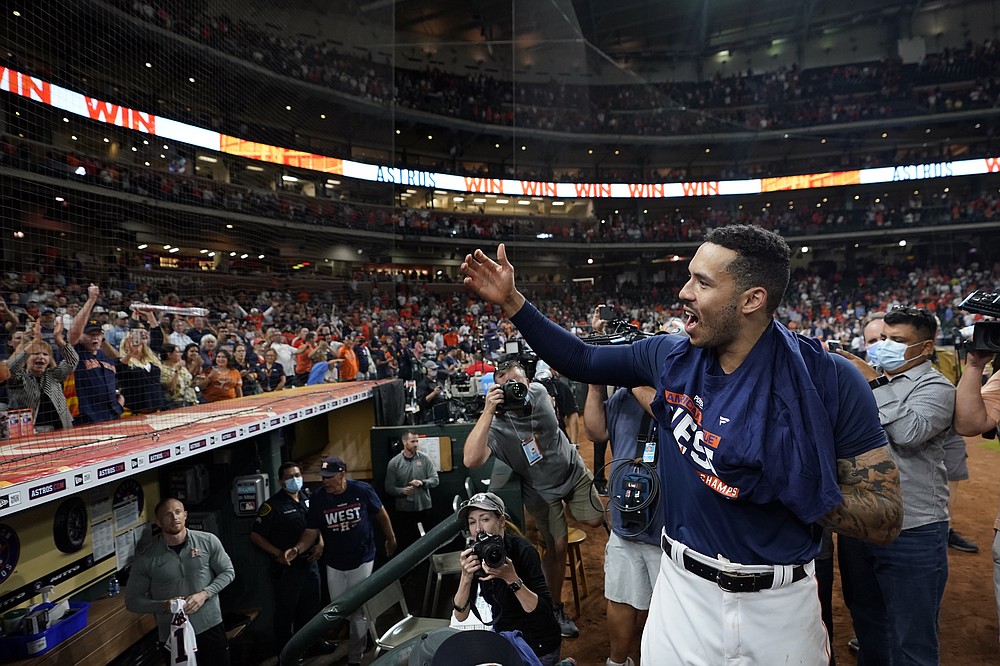 Print Headline: Correa's run with Astros apparently near an end