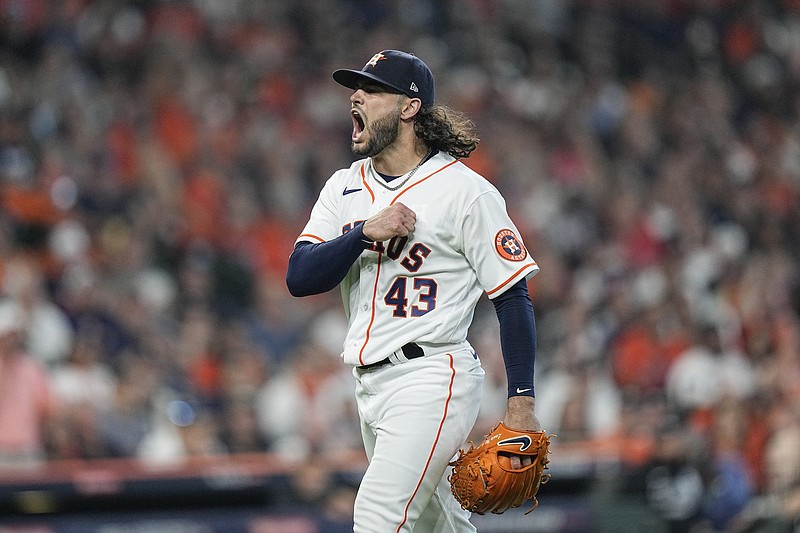 Houston Astros starting pitcher Lance McCullers Jr. reacts after getting Adam Engel of the Chicago White Sox to ground out to end the top of the fifth inning in Game 1 of an American League division series Thursday in Houston. The Astros won 6-1. More photos at arkansasonline.com/108soxastros/ (AP/David J. Phillip)

The Houston Astros sure love October.

McCullers pitched scoreless ball into the seventh inning, and the Astros beat Lance Lynn and the Chicago White Sox 6-1 in Game 1 of their AL division series on Thursday.

"You get the ball in Game 1 and your team is expecting this from you," McCullers said.

While Houston is in the playoffs for the fifth consecutive season, winning the World Series in 2017 and making it to the AL Championship Series last year, Chicago is making a second consecutive playoff appearance for the first time in franchise history. It lost to Oakland in the first round in 2020.

Game 2 of the best-of-five series is today in Houston. The teams also met in the 2005 World Series, with the White Sox sweeping the Astros for the title.

It was Houston's eighth consecutive win in the opener of the division series dating to Game 1 of the 2004 NLDS against Atlanta.

"Everyone did their part, did their thing and we came out with a great win," McCullers said.

McCullers, playing the role of staff ace after the Astros lost Gerrit Cole in free agency and Justin Verlander to injury in recent years, struck out four and walked none. He set career highs with 13 wins, a 3.16 ERA and 185 strikeouts during the regular season, but he also led the AL with 76 walks.

The 28-year-old McCullers didn't allow a hit until Yoan Moncada singled with one out in the fourth. The right-hander left to a standing ovation after giving up consecutive singles with two outs in the seventh. He waved to the cheering fans just before entering the dugout.

"The numbers speak for themselves," White Sox Manager Tony La Russa said. "We didn't do much with him."

Alvarez hit an RBI double in the third and a home run in the fifth. Manager Dusty Baker is thrilled to have the 2019 AL Rookie of the Year back this season after he missed all but two games last year after surgery on both knees.

"You don't know when he's going to leave the yard and he's going to drive in some big runs," Baker said. "So, yeah life wasn't too pleasant last year without Yordan."

"To be able to be back with the team and be able to help it out is really special for me," he said through a translator.

Altuve wowed the crowd of 40,497 when he slid home and slapped the back of the plate just ahead of Yasmani Grandal's tag in the third.

"I think the turn of the game was that slide by Altuve ... that gave us the momentum," McCullers said.

Lynn was making his first playoff appearance since 2018 after posting a career-low 2.69 ERA this season. But the burly right-hander relies on his fastball, and the Astros are one of the majors' best fastball-hitting teams.

Lynn was tagged for five runs and six hits in 3 2/3 innings. Five of the six hits that he allowed came off his four-seam or cut fastball.

"I gave up some two-out runs on pitches that could have been better," Lynn said. "When it's all said and done I just wasn't making quality pitches when I needed to. That's pretty much it."

Rookie Jake Meyers had two hits and drove in a run for Houston. Brantley chased Lynn with a two-run single.

Chicago got on the board on Jose Abreu's two-out single in the eighth. But Kendall Graveman retired Grandal on a liner to center for the final out. 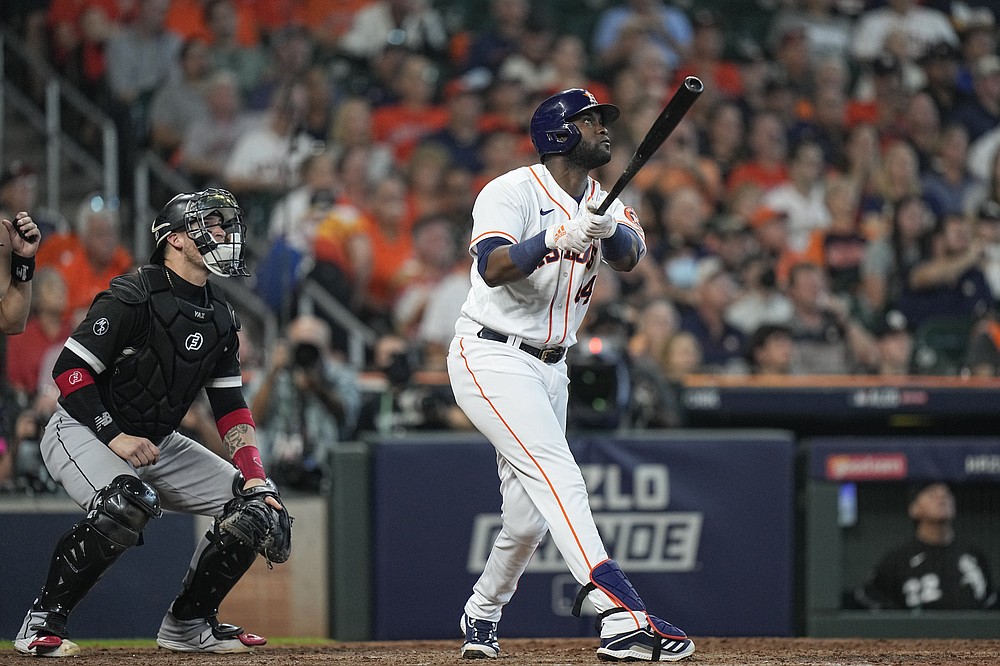 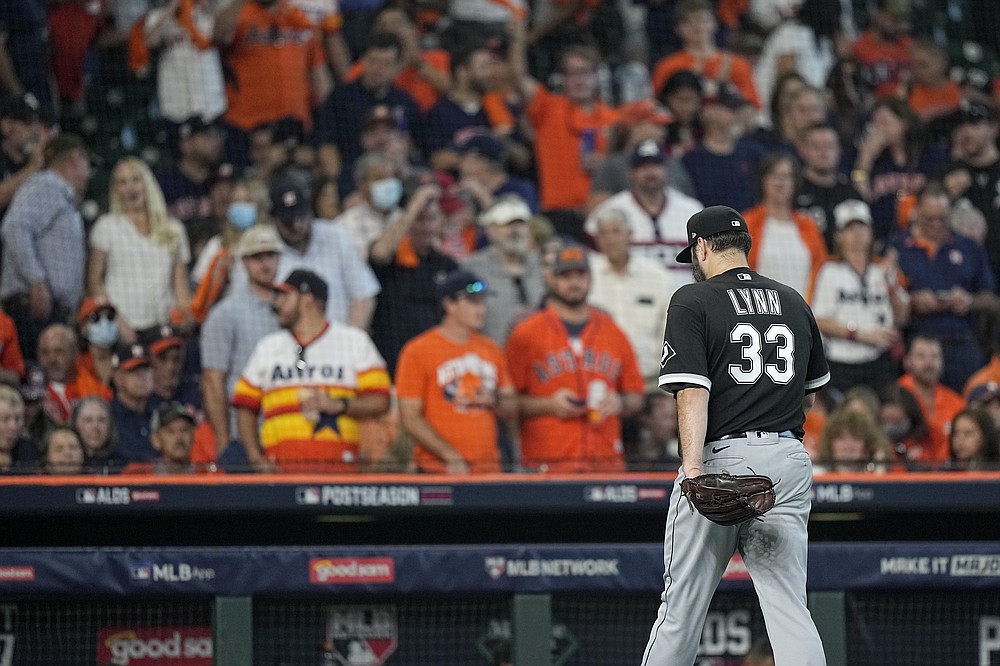 Chicago White Sox starting pitcher Lance Lynn heads to the dugout after being pulled from the game during the fourth inning in Game 1 of a baseball American League Division Series against the Houston Astros Thursday, Oct. 7, 2021, in Houston. (AP Photo/David J. Phillip) 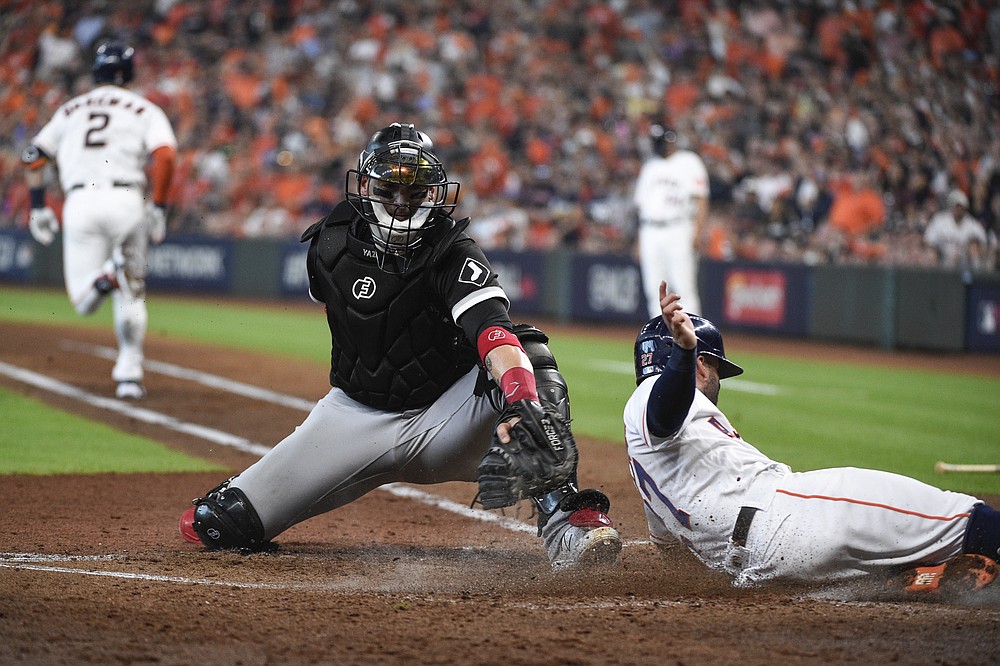 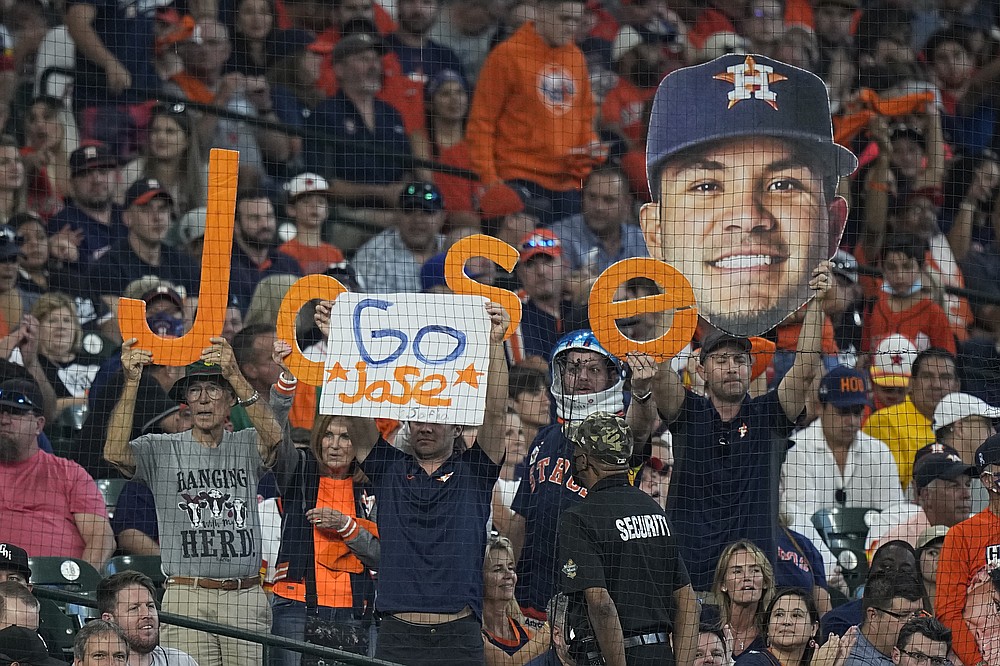 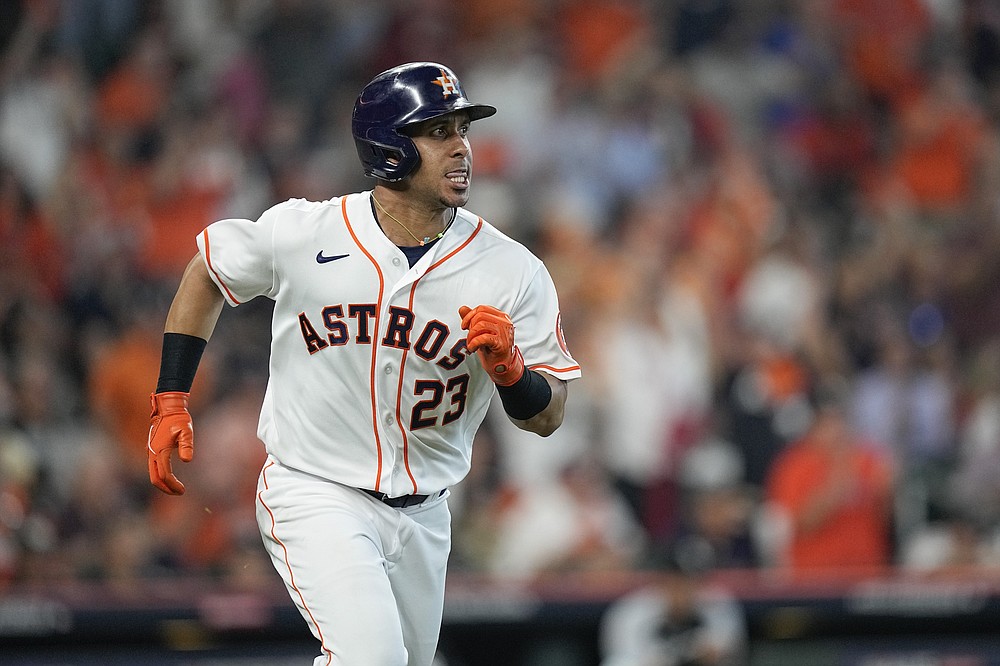 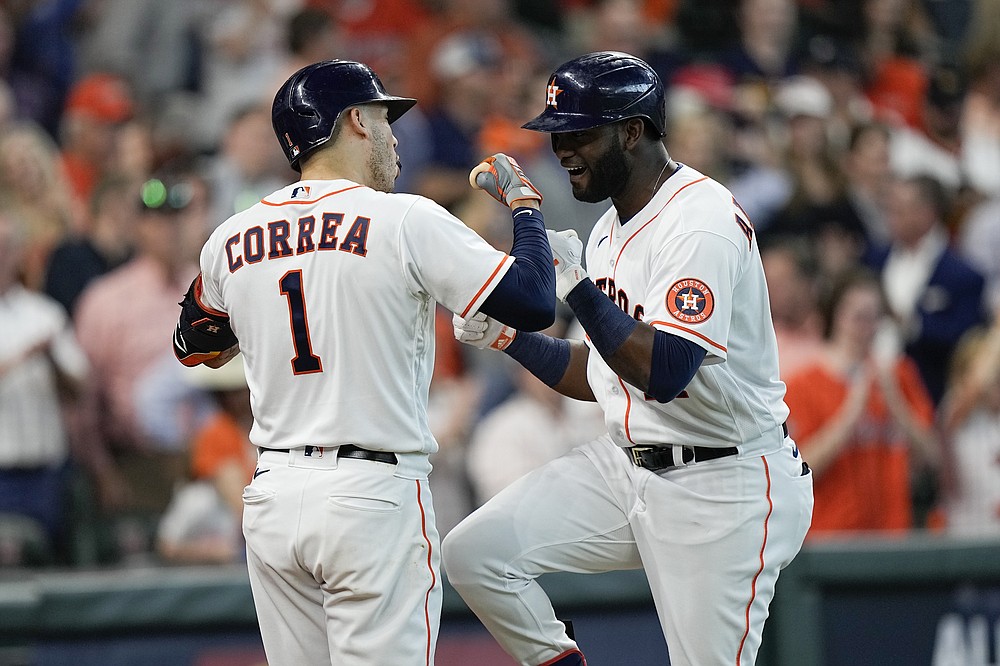