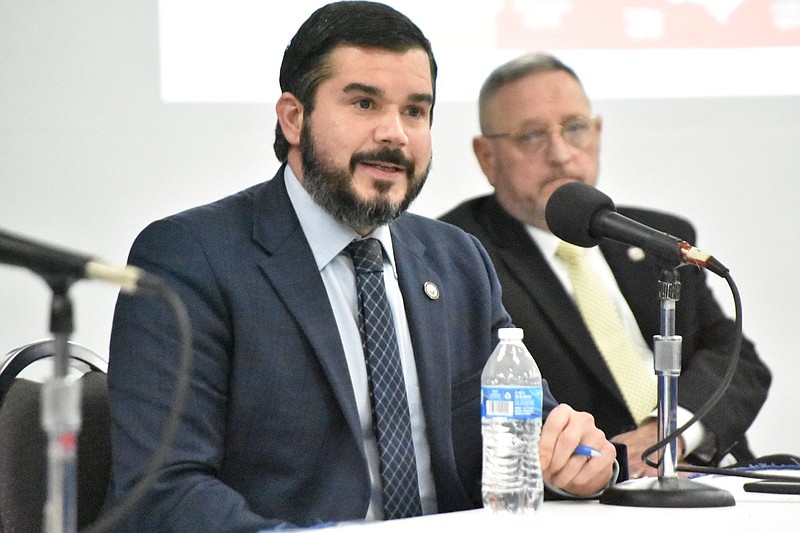 The recent drop in Jefferson County's population left state legislators from the area concerned about whether the county will face a loss of representation following the next round of redistricting.

At an open forum focused more on the state legislative redrawing process than the hot-button federal redistricting talk Thursday, state Sen. Stephanie Flowers, D-Pine Bluff, explained how Jefferson County lost a seat in her part of the legislature following the 2010 census.

"Right now, my senate district covers parts of six counties," Flowers said at the Pine Bluff Convention Center. "I looked at the last reapportionment. We lost a representative seat that was a part of Jefferson County. I don't remember the number, but I remember it came out of Pine Bluff and went across the river, into Altheimer, Wabbaseka and Sherrill, in that district. I know the name of that representative, Mr. Efrem Elliott, but that was a district that represented a portion of Pine Bluff."

Arkansas' state House will continue to have 100 representatives and its senate 35 members, each one serving a legislative district. But one issue at hand is how many of those districts will cover Jefferson County, which has lost 10,175 residents since 2010, according to the 2020 census.

The more dense a population is in an area, the smaller a legislative district is.

Representatives from the offices of state Attorney General Leslie Rutledge and Secretary of State John Thurston explained Thursday that each house district will have at least a population of 30,000 each and each senate district 85,000 each in an effort to draw the districts as equally as possible with regard to population.

With the rapid growth taking place in northwest Arkansas as well as the greater Jonesboro and Little Rock areas, rural communities with smaller populations could see wider districts. That has been a cause for concern among state representatives and senators representing Pine Bluff and its surrounding areas.

Brad Nye, a legislative director in Rutledge's office, explained the process as a chain pulling one area to another.

"We also have, again, those folks who have told us they are not coming back or running for a different office, so that they don't have to protect those incumbents," Nye told Washington. "So, for those districts, for lack of a better word, we could cannibalize those and use them in upper areas where we need them and in surrounding areas. I can't guarantee you won't see any loss in east Arkansas or southeast Arkansas, but the draft maps I have seen of Jefferson County, the representation will remain the same."

Flowers explained that Senate District 25, which she represents, lost more than 16,000 in population from 2010.

"If you look at the senate district maps, you see how much red is in south Arkansas and that orange in the southwest corner," Flowers said, referring to the red- and orange-shaded counties that have lost thousands of residents during the past decade. "All of this red is going to have to go somewhere. You all will still have to have 35 [senate] seats. I'm anxiously waiting to see how these maps are going to be drawn."

The Arkansas Board of Apportionment -- which consists of Gov. Asa Hutchinson, Rutledge and Thurston -- uses population data to determine whether the state legislature district boundaries should change. Thursday's open forum allowed citizens to give public comment that would be sent to the board.

The meeting did not focus on the proposed federal representative district changes. State legislators are responsible for redrawing those boundaries.

Members of city councils, county quorum courts and school boards could see their representative boundaries shift based on population changes, according to the University of Arkansas System Division of Agriculture Public Policy Center.

County election commissions are responsible for redrawing justice of the peace districts every 10 years. City councils in which members are elected by ward -- as is the case in Pine Bluff -- are responsible for drawing their own wards, with the exception of communities that have city managers. School board members create their zones based on the district's total population.

"We do have our work laid out for us," Washington said, adding that she would like for the council to rely on professional assistance to redraw the city's wards. 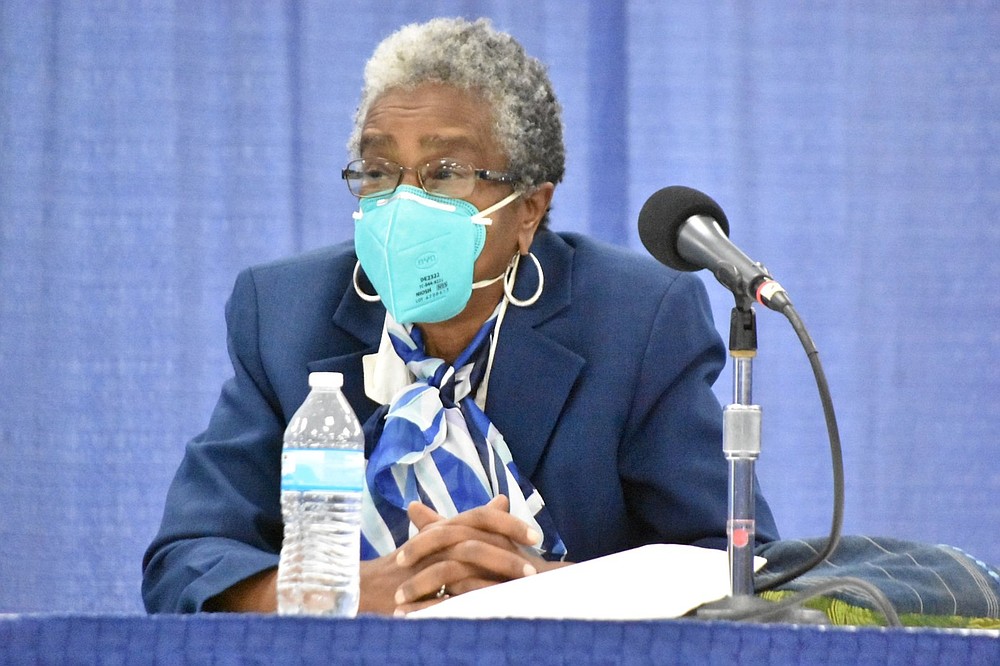