Pulaski Academy bolts by White Hall in second half 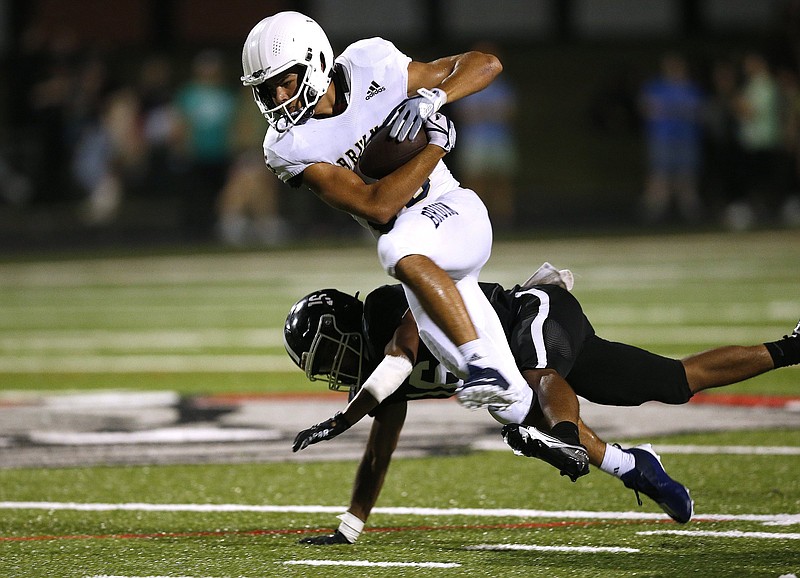 Anthony Lucas was worried all week.

The Pulaski Academy coach had reason to be. His Bruins were going up against a White Hall team Friday night that had the top scoring defense in the state, allowing an average of 3.8 points per game through its first six contests.

The Bruins, with their top scoring offense in the state, were set for a notable test that had 5A-Central standings implications, and after a half of back-and-forth football, they broke through and passed.

"I'm so proud of them the way they responded," Lucas said.

Pulaski Academy (5-1, 3-0) finished with 590 yards of total offense and 9 touchdowns. Quarterback Charlie Fiser was 21-of-38 passing for 366 yards, 3 touchdowns and 2 interceptions. Running back Joseph Himon led the way on the ground, rushing for 182 yards and 4 scores. He also caught 8 passes for 91 yards and a touchdown.

The Bulldogs came out on the first kickoff of the game and gave PA a taste of its own medicine, recovering a squib kick. Despite ending its opening drive with a turnover on downs, White Hall started four of its seven first-half drives in Bruins territory.

White Hall also kept PA down by holding it on two-point conversions in the first half, as the Bruins were 0 for 3 on two-point attempts.

Fiser threw two interceptions in the first half, both to White Hall defensive back Steven Weston.

"Charlie didn't have his best game," Lucas said. "I was worried about him."

Lucas said one of the biggest second-half adjustments the Bruins made was focusing on finding open receivers underneath as opposed to going for bigger plays, in large part because the Bulldogs had as many as eight defenders in coverage at time. He also said he also challenged his offensive line at halftime.

The Bruins' run game did come out with a burst Himon went 35 yards for a touchdown on the first play after halftime. Himon, a Northwestern commit, averaged 9.1 yards per carry, including 18.5 per attempt after halftime.

White Hall forced two turnovers in the second half, but Coach Bobby Bolding chalked up a lot to the Bulldogs' offense.

"We were inept offensively all night," Bolding said. "We just make too many dumb mistakes, and as long as we're doing that, we're going to struggle."

Bolding also noted the opening kickoff of the second half as a big momentum swing, as the Bruins recovered the onside kick and Himon followed it up with his 35-yard score.

"We were just fried," Bolding said. "We didn't have nothing left." 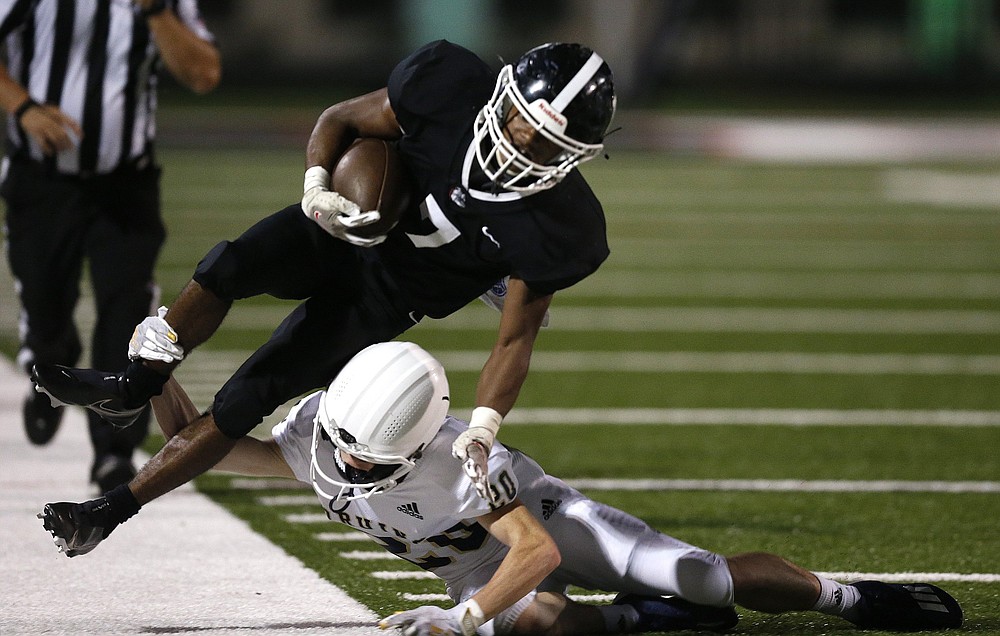