Artifacts from one of the oldest Baptist Churches for enslaved people piece together a long-buried story by MICHAEL E. RUANE THE WASHINGTON POST | October 9, 2021 at 3:41 a.m. 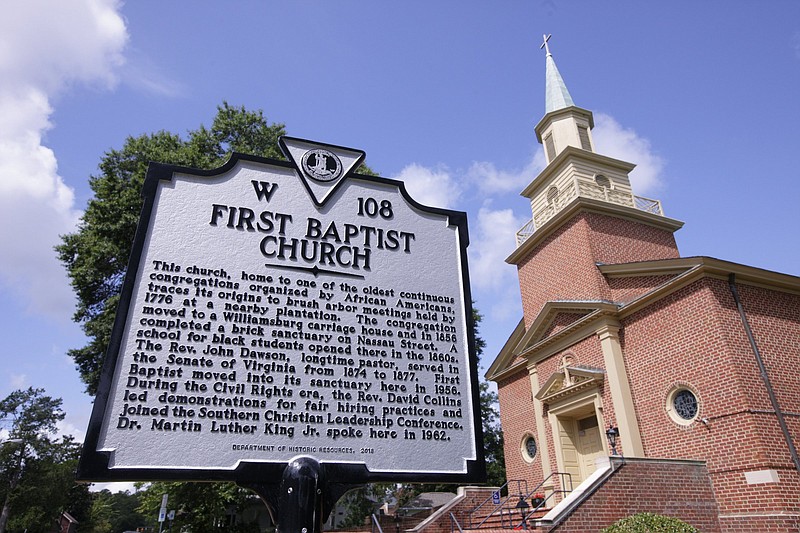 In the early 1800s when enslaved and free Black Americans wore their Sunday best to the Baptist Meeting House in Williamsburg, Va., the straight pins used to fasten women's clothing would sometimes come loose and fall to the floor.

Later, when the church was cleaned, the pins would be swept outside, and over time they would accumulate in the dirt by the entrance.

Archaeologists have now found 50 of them outside a probable doorway to the long-vanished church on Nassau Street, and they believe the pins are clues to the lives of the Black people who worshipped there 200 years ago.

Colonial Williamsburg announced Thursday that its experts have also found an 1817 penny at the site, as well as another grave. (Twenty-five graves have been found so far.)

The discovery of the penny helped confirm that an old brick foundation unearthed at the spot is very likely that of the congregation's original church building, said Jack Gary, Colonial Williamsburg's director of archaeology.

Imprinted with the word "Liberty," the penny was found in July beneath a section of brick paving near the foundation. "It was either dropped, lost or placed," Gary said. "We're not sure which."

"It's a great set of evidence that we can point to, to say that this is the church's first building," he said.

'ONE OF THE OLDEST'

The church is one of the oldest Black American congregations in the country, and since the dig began a year ago, it has been telling more of its story. The discovery of the pins was especially revealing, Gary said.

"If you're standing around at church worshipping, what are you going to leave behind?" he said. "You have people who are in their Sunday clothing ... and I don't think it's too surprising that we're finding these clothing objects ... That's what's going to get left."

"It's possible that these pins were swept out of the building ... and they're laying on the ground," he said. "We've been asking the question from the very beginning: What's the archaeological signal of a church. What do people leave behind ... in the building. And this may be it."

Such pins, which Gary said are too small for use with burial shrouds, were widely used in women's clothing.

"Enslaved people -- we often think they dressed in rags, [which] is not entirely true" he said. "Most enslaved people would have a Sunday set of clothing ... specifically for going to worship. And to see that in material form here in the ground is really pretty powerful."

"The building's one thing," he said. "But here's what's left behind by the people who are actually worshipping. These are great objects."

As for the grave, it is just the latest to be spotted. And there could be many more. "We now have to consider just about every inch of the historic lot as a place where people may be buried," Gary said.

Colonial Williamsburg, located roughly 50 miles southeast of Richmond, Va., describes itself as "the world's largest living-history museum" and contains scores of original buildings that date to the 1700s.

The church seems to have had a presence on Nassau Street in Williamsburg from about 1818 to 1834, when its building was destroyed in a storm, and again from 1856 to 1955.

It was then sold to Colonial Williamsburg and torn down to make way for the sprawling colonial tourist attraction there now. The site was then covered by a parking lot -- erasing a rich chapter of the Black American story in Williamsburg.

Part of that chapter is now being restored.

"I will be able to tell the descendants who are still living ... that there was a building standing here in 1818," said Connie Matthews Harshaw, president of the First Baptist Church of Williamsburg's Let Freedom Ring Foundation.

"I get to share that news with them," she said. "This is an emotional time for them ... I can't tell you the amount of healing that's going on now."

Black Americans "have been a huge part of this community for so long, and then to be given the impression that they're forgotten or that they didn't matter," she said.

"Now it's coming full circle, and ... people are now recognizing that not only did we work there, but we lived there, we worshipped there, we were a part of this community," she said. "I cannot tell you how excited I am about this."

Williamsburg was the capital of Virginia from 1699 to 1780, and by 1775 more than half of its 1,880 residents were Black, most of them enslaved, according to the late historian Linda Rowe.

What would become First Baptist Church was organized in 1776, and members met in the woods to worship, according to church tradition.

And the tradition holds that a local white businessman, Jesse Cole, while walking his lands one day, came upon the congregation meeting and singing in an outdoor shelter made of tree limbs and underbrush.

He offered them a carriage house he owned on Nassau Street, according to Rowe.

In 1818, there is a reference to a "Baptist meeting house" on the spot, according to a church history research report. "It is unclear what this building looked like or how long it had been standing on the lot by 1818," researchers wrote.

Further mention came in 1834, when a tornado tore through Williamsburg, and a newspaper reported that the "colored people's meeting house" was blown down.

The site may have been unoccupied for years after that, said Gary, the archaeologist. But in 1855, a new brick church with a steeple was built on the site.

The church housed a school for Black students in the 1860s. It survived a Civil War battle in 1862 that killed and wounded thousands of men and filled the town with injured soldiers.

It served its members through the end of slavery, the eras of Reconstruction, Jim Crow racial oppression, segregation and the dawn of the civil rights movement.

In 1955, the old building was torn down because it didn't fit the colonial image. The site was paved over in 1965. A new church funded by the sale to Colonial Williamsburg was built about eight blocks away in 1956 and is the current First Baptist Church.

Further excavation is anticipated at the site. Matthews Harshaw said the church's descendant community will be asked this month how they want the project to proceed.

"What [the archaeologists] have been doing is they have been digging horizontally," in the shallow layers of earth, she said. "We now want [the church community's] permission to dig vertically, to go in to a sampling of the burials" to search for remains.

The aim would first be to confirm that the dead were of African descent, she said.

Then, "we may not necessarily be able to identify the people, but at least maybe we can make some familial ties," she said. 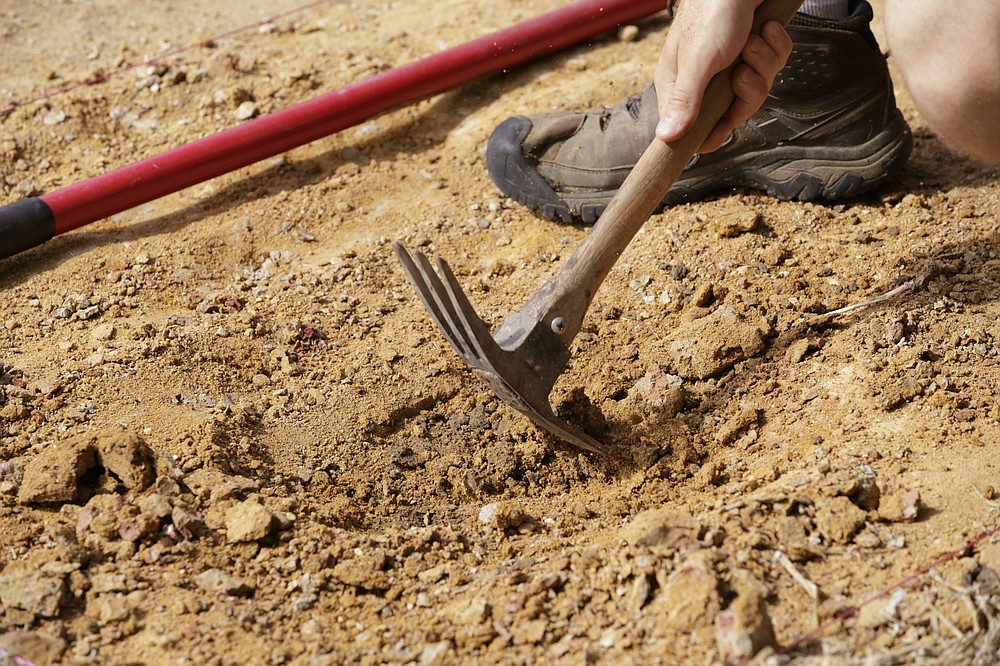 Researchers have discovered straight pins, an 1817 penny and 25 graves in the vicinity of the original site of First Baptist Church of Williamsburg, Va. (The Washington Post/Timothy C. Wright)