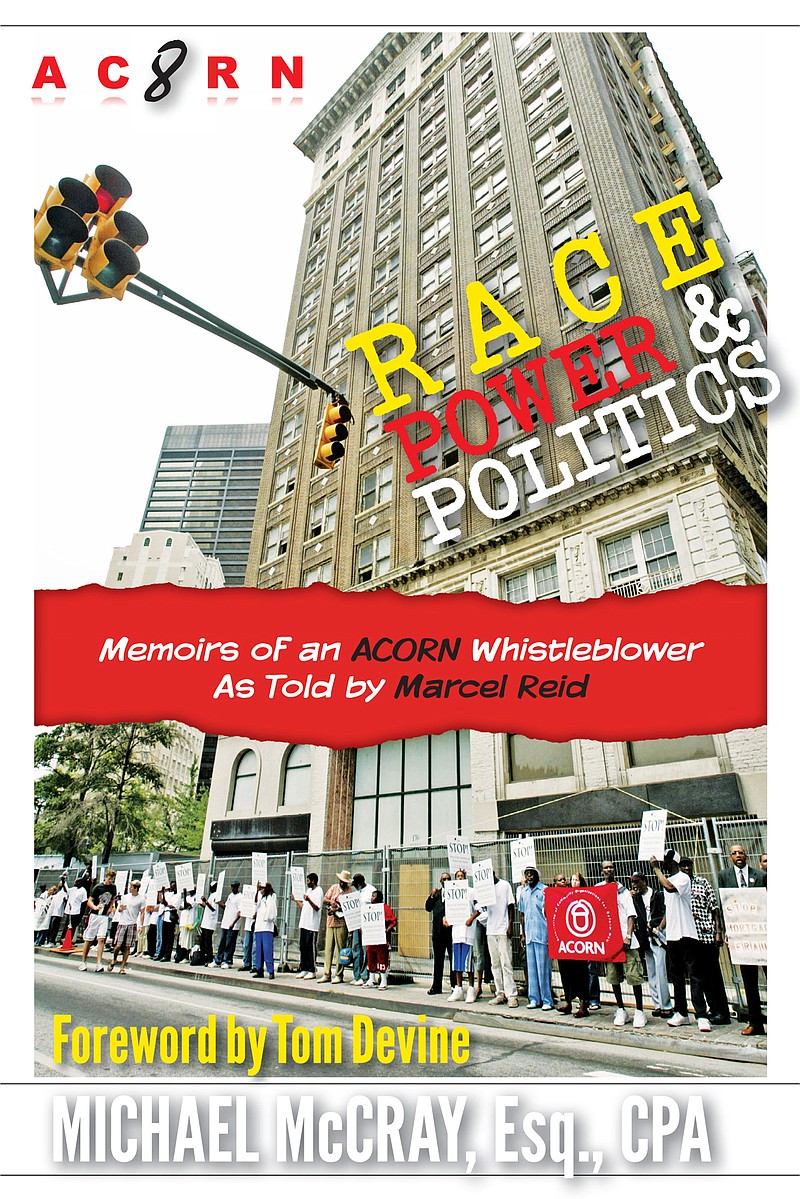 Michael McCray wrote a book about Marcel Reid who blew the whistle on ACORN. He and Reid cofounded the Whistleblower Summit & Film Festival. (Special to The Commercial)

For her role as an early "whistleblower," Martha Mitchell is annually honored at the National Whistleblower's Summit, normally held in Washington D.C, but that has been forced to go virtual for the past two years due to covid.

Another Pine Bluff native, Michael McCray, is an active part of the whistleblower group.

"July 30 is National Whistleblower's Appreciation Day to commemorate a law passed by the early Continental Congress on that date in 1778," he said. "The bill was enacted to address the abuses of a general aboard one of our U.S. ships who was stealing food and wages from his Marines. When he was reported to Congress, it led to a law that states it is the civic duty of all citizens to report abuses of governmental power and authority."

McCray, who is co-founder and managing director of the Whistleblower's Summit and Film Festival, came to the fore while working in the Clinton Administration. He jovially stated, "A funny thing happened on my way to Wall Street and I ended up in the White House."

McCray said he worked with the Federal Empowerment Zones Program.

"We were administering distribution of some $2 billion in federal money through the largest community development program enacted up to that time since LBJ's Great Society," he said. "The organization was chaired by Vice President Al Gore. The urban side was overseen by Housing and Urban Development while the rural side came under jurisdiction of United States Department of Agriculture. I worked with USDA and was in charge of funds ranging from $3 million to $120 million. I reported a grant going to the Mississippi Empowerment Zone due to political pressure for a $40 million abuse. As a result, I became ostracized which left me feeling alienated and at loose ends."

McCray said his life changed when he attended a whistleblower conference in 2007.

"Our's is the largest gathering in the country if not the entire world for whistleblowers," he said. "One of our primary goals is to demonstrate how whistleblowers include people from all races and genders. We present several awards to various facets of whistleblowing, including the Martha Mitchell Award."

In reference to local businessman Bob Abbott, who is the current owner of Martha Mitchell's birthplace and childhood home, McCray said, "I find it interesting that two people from different generations and backgrounds are both focused on drawing attention to the vital moment in American history that Mitchell played such a crucial role in and both of us are trying to pass the baton on to future generations." 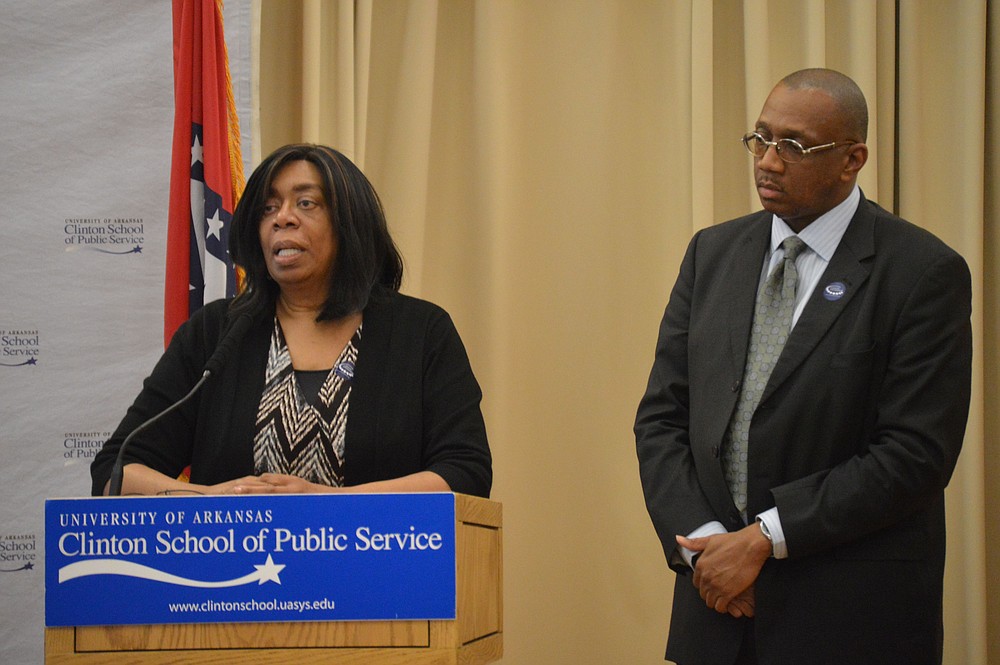 Co-founder and festival director Marcel Reid, left, along with co-founder and managing director of the National Whistleblower’s Summit and Film Festival, Michael McCray, prepare to give the Pillar Award to state Rep. Vivian Flowers, D-Pine Bluff. She was honored for passing a resolution recognizing National Whistleblower Appreciation Day in 2016. (Special to The Commercial)