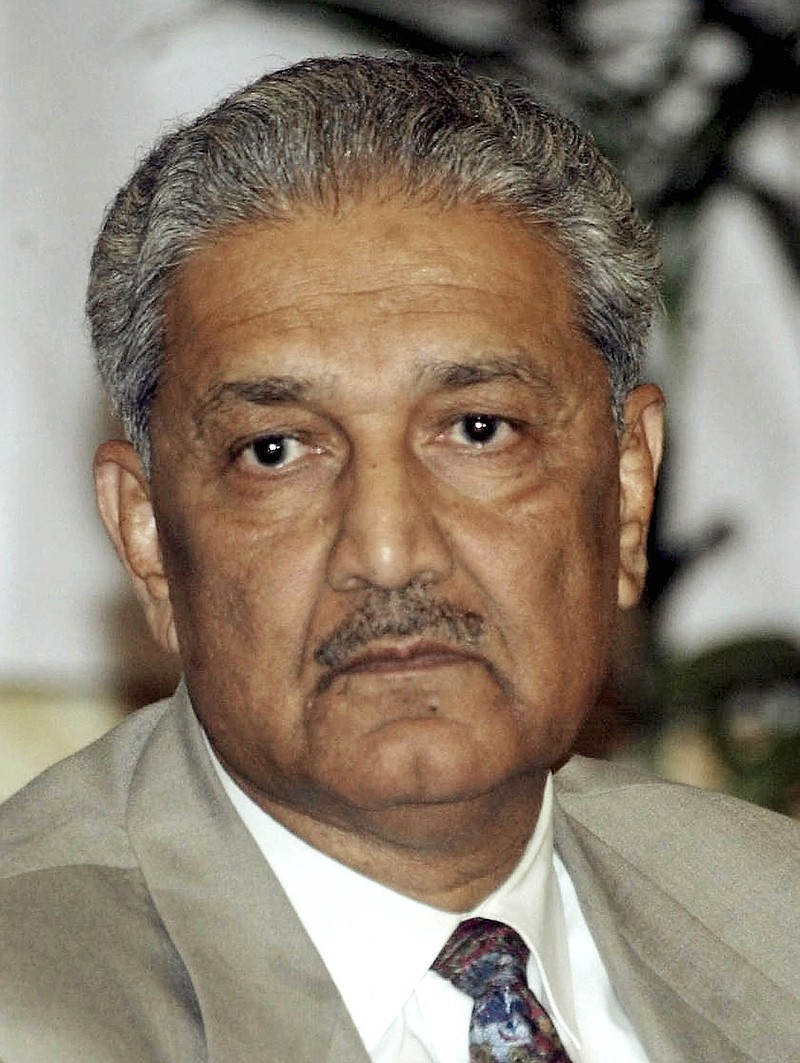 Abdul Qadeer Khan, a metallurgist who became known to Western intelligence services as the father of Pakistan's nuclear bomb and a worldwide dealer in weapons technology, died Sunday at a hospital in Islamabad, Pakistan. He was believed to be 85.

Khan's death was reported by Pakistan's interior minister, Sheikh Rasheed Ahmad. The apparent cause was complications from covid-19, he said.

Khan was the man who made Pakistan a nuclear power. For at least 25 years, starting from scratch in 1976, he built, bought, bartered and stole the makings of weapons of mass destruction.

Pakistan's prime minister, Imran Khan, on Sunday said he was "deeply saddened" by Khan's death, praising him for "his critical contribution in making us a nuclear-weapon state."

An international effort led by British and U.S. intelligence agencies uncovered parts of the Khan network at the start of the 2000s.

In 2004, the government of Pakistan dismissed Khan. Shortly thereafter it announced that he had admitted helping the nuclear-weapons programs of Iran, North Korea and Libya. He confessed on national television four days later, saying his work was that of a rogue scientist and that his government never approved the sales or transfers of weapons technologies. The explanation was not widely accepted outside Pakistan.

President Pervez Musharraf of Pakistan pardoned Khan, but he said the nation's leading nuclear scientist would spend the rest of his days under house arrest. In a 2010 television interview, Khan denied involvement in nuclear proliferation.

Abdul Qadeer Khan was born in Bhopal, India, in 1935 or '36. After the partition of India in 1947, he was raised in Pakistan. He studied the science and technology of metals, and did graduate work in Germany.

In 1974, he was working in Amsterdam at a company that enriched uranium for a European consortium of nuclear-engineering firms. That same year, India tested its first nuclear weapon.

"When India conducted its nuclear explosions in 1974 and I felt that Pakistan's security is in danger, I left everything and came back here," Khan said.

He returned to Pakistan with two sets of blueprints for building centrifuges to enrich uranium. According to a later investigation by the Dutch government, those were the first of a series of nuclear-weapons designs and technologies that Khan purloined from abroad.

Pakistan exploded its first nuclear device May 28, 1998, in response to an Indian nuclear test. By that time, Khan had become an international pariah.