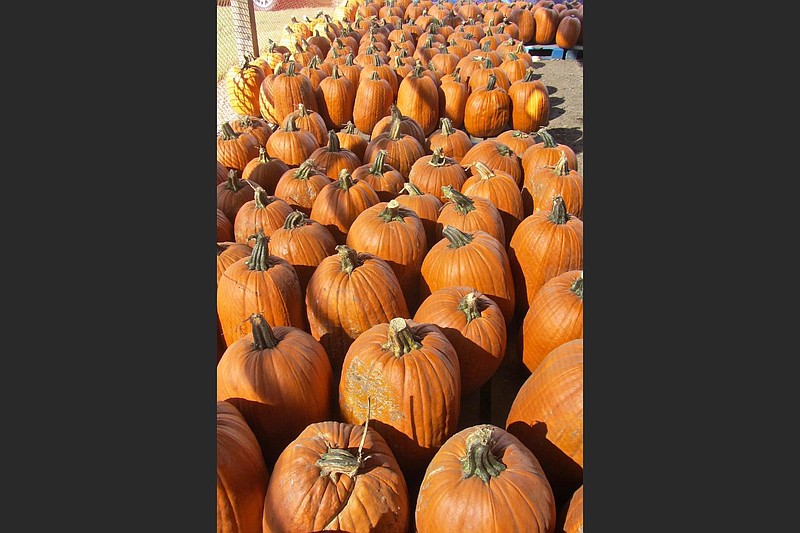 As droves of Arkansans visit their favorite pumpkin patch this month, once upon a time they could have been heading instead for a turnip patch seeking the raw material for Halloween face carving.

Turnips became an ancestor of today's jack-o'-lanterns, the carved pumpkin faces that are a Halloween icon. The connection, with its Irish roots, is described on the Encyclopedia Britannica website:

"Their origin comes from an Irish myth about Stingy Jack, who tricked the Devil for his own monetary gain. When Jack died, God didn't allow him into heaven. And the Devil didn't let him into hell. So Jack was sentenced to roam the earth for eternity. He hollowed out a turnip to carry a burning ember for light. 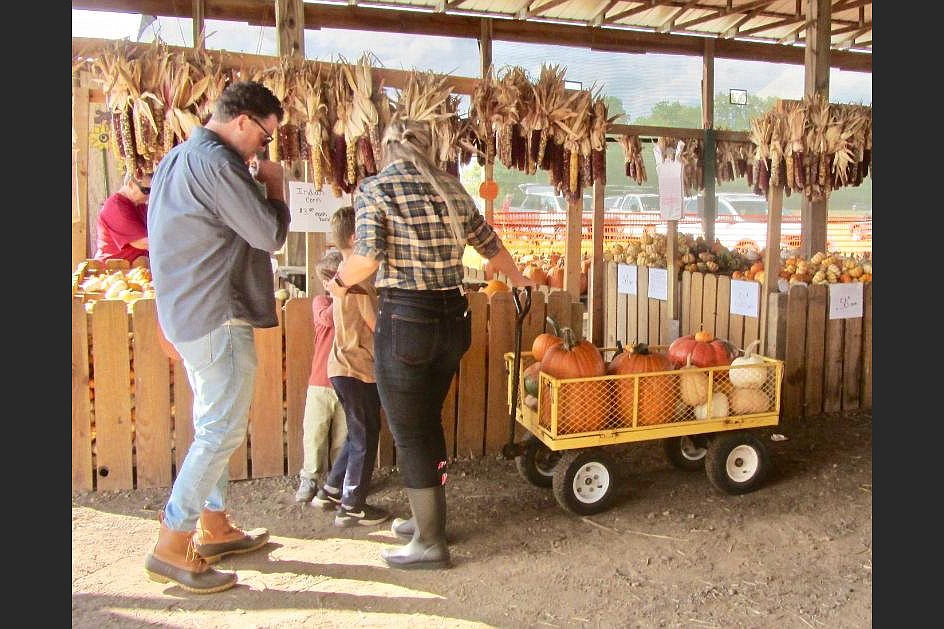 A family has a wagon full of pumpkins at Schaefers Pumpkin Patch. (Special to the Democrat-Gazette/Marcia Schnedler)

"In Ireland, people started to carve demonic faces out of turnips to frighten away Jack's wandering soul. When Irish immigrants moved to America, they began carving jack-o'-lanterns from pumpkins, as these were more readily available. Eventually candles replaced the embers."

That's the cultural link to today's popular pumpkin patches. After many lay dormant in pandemic-plagued 2020, the attractions are mostly back in business this month across the Natural State. For youngsters, some provide the fun of a miniature theme park. For grown-ups, all offer a fresh harvested venue to buy the makings of a jack-o'-lantern.

The patches are generally open on Saturdays and Sundays during October, with some also operating on weekdays. It's wise to call ahead and check opening hours before setting off. Entry is sometimes free, while other farms collect a fee at the gate. There may be charges for certain onsite activities. Prices of pumpkins usually vary by size. Some operations also have a next-door corn maze. Several offer food for sale. 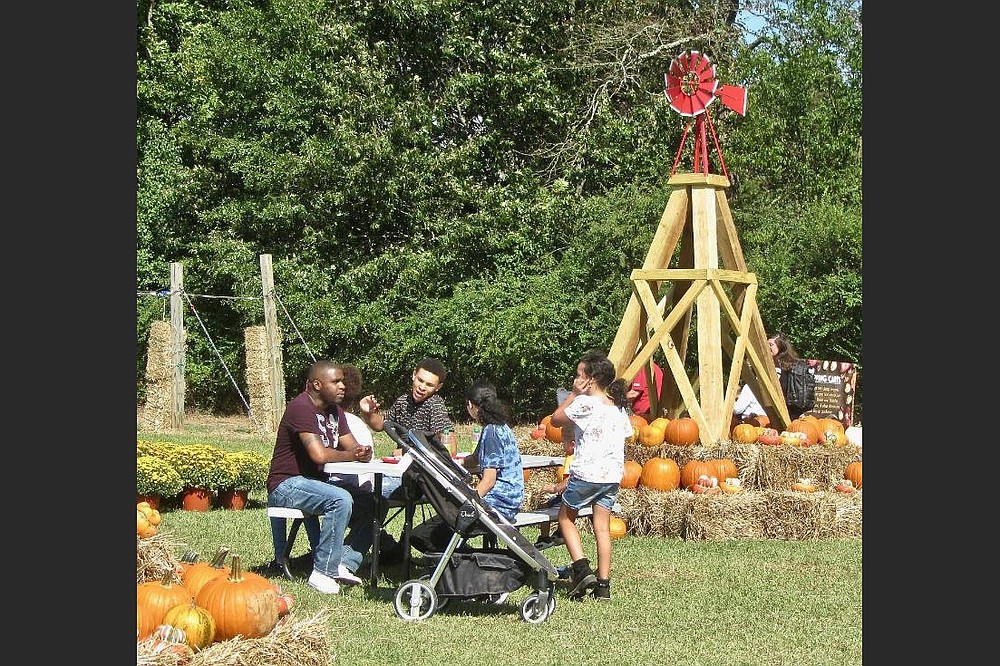 Pumpkin farms throughout the state are listed at pumpkinpatches.com/arkansas. The following three are examples in Central Arkansas:

◼️ Hicks Family Farms, 184 Lasiter Road between Lonoke and Cabot. Kids can ride a zip line at Hicks Family Farms. They can make melodic noise on a set of percussion pipes and pans. They can ride a pony. Along with a 7-acre family maze, there's a much smaller straw-bale maze for youngsters. Hicks' website asserts: "There's more going on out here than a chicken has feathers." Visit hicksfamilyfarms.com or call (501) 941-2703.

◼️ Schaefers and Collins Pumpkin Patch, 864 Lollie Road, Mayflower. Tractor-pulled hayrides are among the most popular attractions in the 22nd season at Schaefers and Collins Pumpkin Patch. Visitors curious about the many varieties of pumpkins and their kin can peruse displays with signs explaining some of them. The peanut pumpkin, for example, was developed in France and is named for its covering of large peanut-shaped warts. Visit schaeferspumpkinpatch.com or call (501) 470-3127.

◼️ BoBrook Farms Pumpkin Patch, 13810 Combee Road, Roland. Pig racing by young porkers is a lively event at BoBrook Farms. Along with hayrides, there is a hay pyramid for kids to climb. BoBrook also operates a winery near the entrance to its pumpkin patch. Wine can be tasted or bought as a relaxing prelude or aftermath to picking the ideal pumpkin. Visit bobrookfarms.com or call (501) 519-5666.

Pumpkin patches in the 21st century provide family fun along with seasonal commerce. Back in the day, people believed that pumpkins could be used to remove freckles and heal snake bites. It was likewise thought that they could cure digestive problems in dogs and cats.

But pumpkins still play a starring Halloween role as jack-o'-lanterns, before taking a Thanksgiving Day curtain call as pumpkin pie.

Print Headline: Ripe for the carving