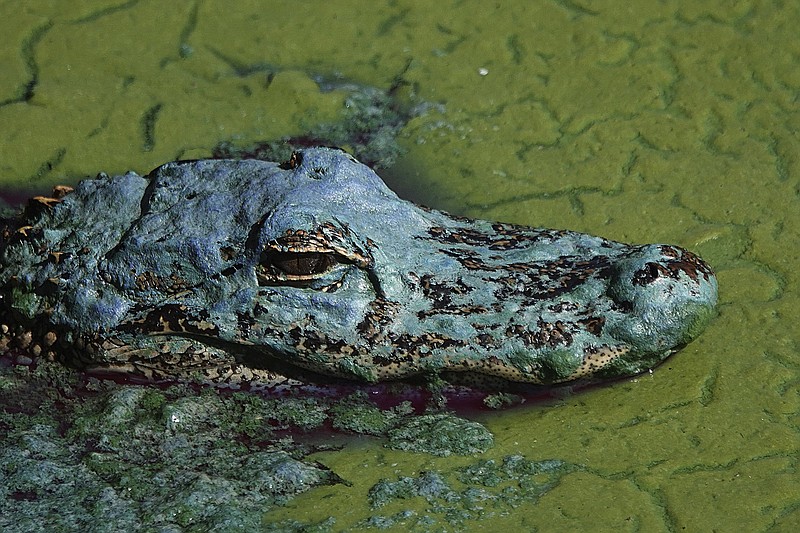 An alligator floats in an algae bloom in Lake Okeechobee near the Pahokee Marina, Monday, April 26, 2021. Similar algae blooms in the lake in 2016 and 2018 led to red tides on both Florida coasts when water is released from the lake in anticipation of hurricane season. (Joe Cavaretta/South Florida Sun-Sentinel via AP)

The take falls short of last year's 174-alligator record, but that was primarily by design. This year's quota on private land was reduced to continue managing the alligator population with an eye on conserving the species as well as controlling nuisance issues and providing hunting opportunities.

"This was the second year of the new private land quota system, and it was the second time in a row that the private land zones reached their quota by the end of the opening weekend," Barbee said. "I imagine quite a few of the 'gators taken on private land are landowners wanting to remove an alligator for nuisance purposes. They're ready that first weekend and have the animal pretty well patterned by the time the hunt begins."

Public land zones did see a few tags go unfilled by the end of the hunt, but Barbee said nearly everyone he's talked to had good opportunities for an alligator.