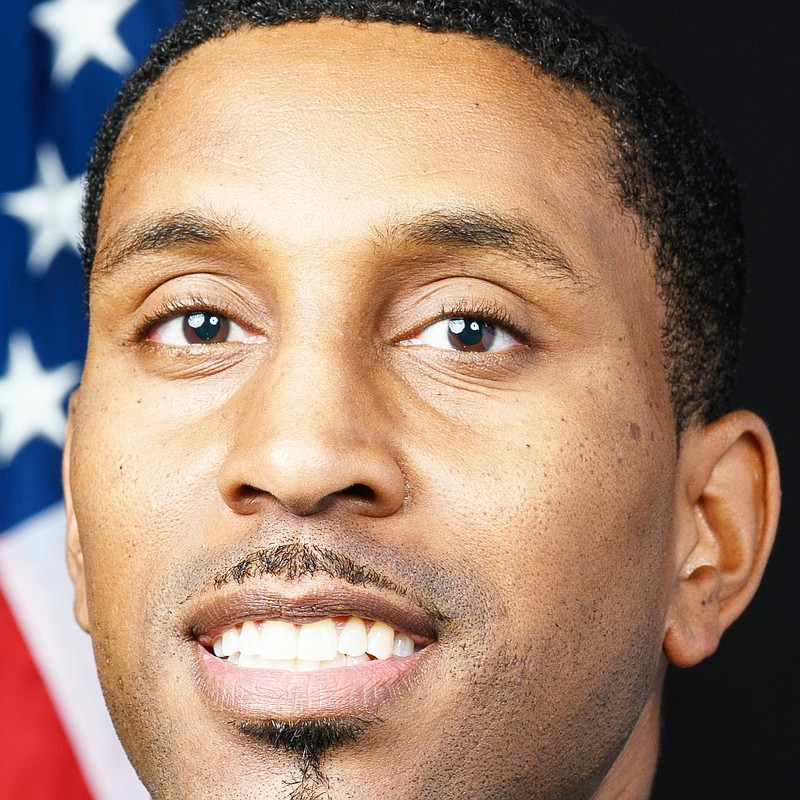 In his role as legislative aide, Christopher A. Etienne has been contributing to legislation that ensures funding for scholarships at the nation's 19 historically black land-grant universities – the 1890s -- including the University of Arkansas at Pine Bluff.

Etienne is a 2010 alumnus of political science at UAPB. He wants students, faculty and administrators at his alma mater to know there are members of Congress who are tirelessly fighting for resources for HBCUs.

Etienne works for the office of Rep. Jahana Hayes (Connecticut's fifth congressional district), who was one of the original co-sponsors of H.R. 4252. That bill seeks to make the 1890 Land-grant African American Colleges and Universities' Student Scholarship program permanent with a $100 million increase. Rep. David Scott (Georgia's 13th congressional district) is the lead sponsor for the bill.

The scholarships were authorized by the 2018 Farm Bill and are intended to encourage outstanding students at 1890 institutions to pursue and complete baccalaureate degrees in the food and agricultural sciences and related fields.

"I am glad that UAPB and the other eighteen 1890 land-grant HBCUs will be able to continue to grow and develop the next generation of leaders," Etienne said. "Currently, there are nine co-sponsors on this bill."

Etienne said he was very proud that Hayes was an original co-sponsor of the bill.

"Congresswoman Hayes is the chairwoman of the House Agriculture Subcommittee on Nutrition and sits on the House Committees on Education and Labor and Agriculture," he said. "She was a public-school teacher in Connecticut for more than 15 years and was recognized in 2016 as the National Teacher of the Year."

"In my profession, I most enjoy the process of inspiring service in the public interest and that I am able to play a part in helping the constituents in my hometown of New Orleans, Louisiana," he said. "I want to continue in the public service fight to create equal justice under the law while building a stronger, safer and more secure society."

He says the greatest challenge of his career working in the legislative branch is dealing with the "noise" caused by those who try to divide voters for their own gain.

"Political games from the cynics, critics and spin masters can create a divide among the voters," Etienne said. "When it comes to the unfinished goals in the country, such as civil and voting rights, health care, and economic and environmental justice, large majorities agree on the ends. That is the reason why people with power and influence will keep trying to divide the voters over the means."

Etienne said his hometown has played a part in building his character and instilling a desire to unite people for a common good.

"I learned my politics in New Orleans, a place not known for producing pushovers," he said. "If somebody is acting in an injustice manner, we will respond justly. And because of my background and circumstances, I have the ability to bring together different cultures, communities and classes to achieve a common goal. In my profession, I am fully committed to inspiring service in the public interest."

Prior to working in Hayes' office, Etienne worked for two former members of Congress – Louisiana Sen. Mary L. Landrieu and Rep. Cedric L. Richmond (Louisiana's 2nd congressional district), who went on to be appointed senior advisor to President Joseph Biden and director of the White House Office of Public Engagement.

"As a public servant, I have spent the early part of my public service career working in the legislative branch space for three passionate members of Congress," Etienne said. "Rep. Richmond is a great mentor to me."

After earning his degree at UAPB, Etienne went on to obtain a graduate degree in political science at Howard University at Washington, D.C. He said his decision to major in political science stemmed from his desire to help grow underserved communities and learn more about the innerworkings of the local, state and federal levels of government. He credits his parents for helping kindle his passion for civil rights and social justice.

Etienne says his professional, personal and academic experiences have always been centered around improving diversity, equity and inclusion in society.

"If you want to be able to lead, you have to be able to listen," he said. "You must be predisposed to empowering other people. Diversity, equity and inclusion is about getting people involved, using their talents and helping them feel connected to something larger than themselves."

He advises current UAPB students to keep faith in God and cultivate the quality of empathy.

"There are a lot of arguments in Congress about the federal deficit," he said. "However, I believe we should talk more about our empathy deficit – the ability to see the world through somebody else's eyes. Therefore, continue to expand your moral imaginations, build bridges and grow your allies in the process of bringing about a stronger, safer and more secure society."

-- Will Hehemann is a writer/editor at the UAPB School of Agriculture, Fisheries and Human Sciences.