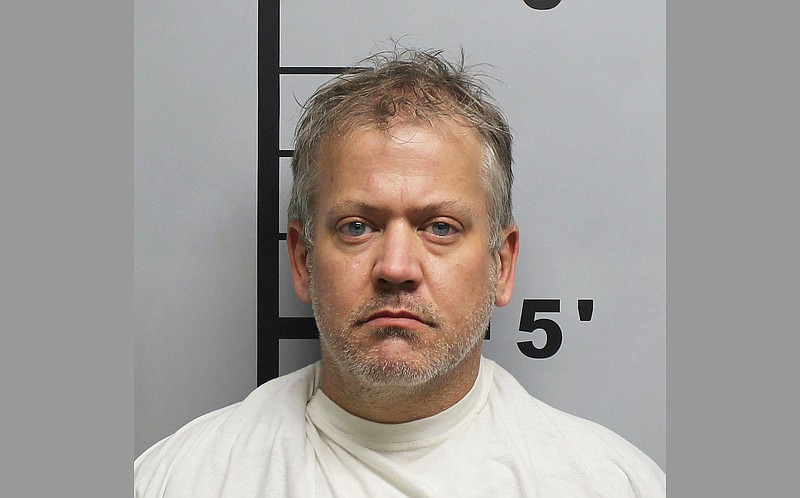 Judge Robin Green made the ruling at a hearing in Glenn Thatcher's criminal cases.

Thatcher, 44, is charged with capital murder and two counts regarding distributing, possessing or viewing matter depicting sexually explicit conduct involving a child. He previously pleaded innocent to the charges.

Thatcher is accused of killing Robert Blau, whose body was found Feb. 1 in a building in Gateway.

Police obtained a search warrant for Thatcher's cellphone after his arrest in the murder case, and suspected child pornography was found on the phone, according to a probable cause affidavit.

Benton County sheriff's office detectives obtained the warrant to examine the phone to corroborate Thatcher's statements regarding the blackmail and extortion he claimed he experienced from Blau leading up to the slaying, according to court documents.

The examination of the phone found suspected images of child pornography involving children from 6 to 9 years old as well as images of teens, according to court documents.

Abigail Taylor, a forensic examiner at the Arkansas State Hospital, testified at Monday's hearing that she evaluated Thatcher and found he didn't have a mental disease or defect and was able to assist his attorney with his defense.

She also determined that Thatcher had the capacity to understand criminal conduct.

Taylor told Joshua Robinson, deputy prosecutor, that Thatcher's explanation of his conduct was rational, and that he was more fearful of the alleged victim than of incarceration. Taylor said she watched Thatcher's interrogation and there was no indication he was suffering from a mental disease or defect.

Taylor testified Thatcher years ago was diagnosed with a depressive disorder and had a history of drug use, but she didn't believe those issues would prevent him from assisting with his defense.

Bill James, Thatcher's attorney, withdrew his objection to the finding after Taylor's testimony. James told the judge he will maintain the defense of mental disease or defect.

Green asked Robinson if the death penalty was still on the table.

"I'm not prepared to waive the death penalty at this time," Robinson said.

Bentonville police provided the information to Benton County sheriff's deputies, who went to 20147 U.S. 62 in Gateway and found Blau's body. Medics found a small bullet wound in Blau's chest, according to the affidavit.

Thatcher is being held without bond in the Benton County Jail.