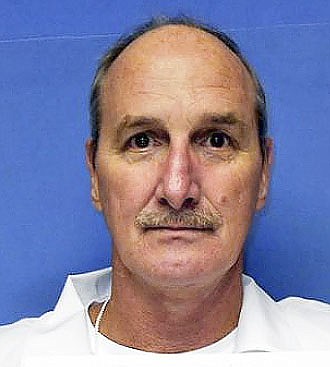 FAYETTEVILLE -- Testimony from an FBI crime lab analyst that has since been repudiated wouldn't have changed the outcome of a 1989 rape trial, Washington County Circuit Judge Mark Lindsay ruled Monday in denying a motion that could have resulted in a new trial.

Lonnie Dolphus Strawhacker, 66, was accused in 1989 of raping and beating a woman in Fayetteville. He was found guilty and sentenced to life in prison in 1990.

The attack happened at night. The woman was unable to visually identify her attacker because of the darkness and injuries to her face from being beaten.

She identified Strawhacker by his voice during a police lineup.

Michael Malone, who was a microscopic hair analyst with the FBI, testified that hair from the crime scene matched Strawhacker's. The prosecutor emphasized Malone's testimony in his final remarks to jurors during Strawhacker's trial.

Testimony from Malone and others has since been discredited, and the discipline of comparing microscopic characteristics of hair without analyzing DNA has been relegated to "junk science," according to Jeff Rosenzweig, an attorney representing Strawhacker.

Lindsay said Malone would probably never have testified, given what is known now. But Lindsay ruled that even without Malone's testimony, there appeared to have been sufficient evidence for a jury to convict Strawhacker.

The judge noted that in rape cases, a jury believing the victim is sufficient to convict. Lindsay also said Malone testified that he couldn't be certain the hair he examined belonged to Strawhacker.

DNA testing was not available at the time of the trial, but the hair in question was located in recent years and submitted for testing at the Arkansas State Crime Lab. It didn't yield enough DNA for a comparison.

Witnesses put Strawhacker, wearing clean clothes, outside the bar where the victim was abducted around midnight and near the victim's home early the next day, wearing muddy, bloody clothes and having scratches on him.

Lindsay also ruled prosecutors didn't intentionally or inadvertently withhold evidence from the defense because the issue with Malone's testimony didn't come to light until 24 years after the trial and they couldn't have foreseen that happening.

Malone was the sole witness called by the defense at the trial as well.

A National Academy of Sciences report in 2009 found fault in the analysis methods used in convictions such as Strawhacker's.

The U.S. Department of Justice began reviewing cases where such testimony was offered after DNA analysis was used to reverse convictions in several high-profile cases. Federal officials in 2015 said 26 of their 28 experts, including Malone, gave "erroneous" testimony.

Evidence is material if there is a reasonable probability that, had the evidence been disclosed to the defense, the outcome would have been different, according to the opinion.

"We steadfastly adhere to the principle of finality," justices wrote. "But we will not place finality over justice and due process when the government admits that it's agent gave invalid expert scientific advice at a criminal jury trial."

Justices conceded the legal move, known as a petition for writ of error corum nobis, is an extraordinary remedy but said the case was unique.

Strawhacker is housed at the Arkansas Department of Corrections Cummins Unit in Grady.