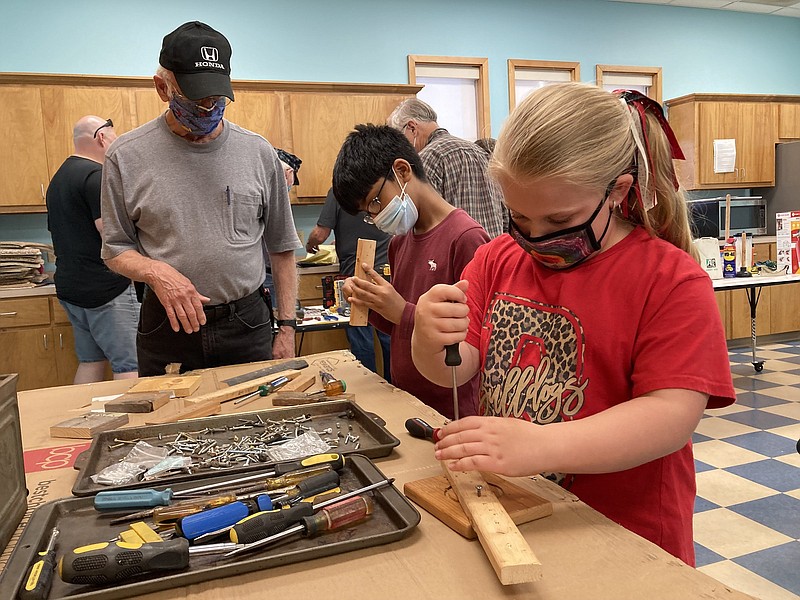 It's been a slow comeback, but patrons, planned activities and organizations are gradually returning to White Hall Library.

The 41-year-old library, at 300 Anderson Ave., reopened in November after nearly a yearlong shutdown due to a $270,000 renovation followed by the covid-19 statewide shutdown.

This library is part of the Pine Bluff Jefferson County Library System and it's director, Ricky Williams, said although the main library and the system's four branches opened in late 2020, limited programming wasn't restarted until early March 2021.

Pre-covid, weekly activities were a big draw. But during the height of the pandemic, attendance was poor, no matter the branch or the activity, he added.

Williams said a large portion of the system's patrons are seniors and children who come through local daycares.

Seniors were a vulnerable population, with many taking the threat seriously and staying isolated at home, and all daycares closed in early March 2020.

There's no guidebook to a reopening after a pandemic, but the staff is brainstorming in order to come up with fresh, new activity ideas, as well as reintroducing old favorites, Williams said.

Adult activities, like the quilting bee and book clubs, are making a comeback, too.

It isn't only patron involvement that's lagged, but organizations weren't able to host classes or workshops at the library during the shutdown.

For example, Friends of the Library offered a first post-covid workshop in July with 15 attending.

Williams said he was pleased with that number, "It's great," he said, even for pre-covid times.

This month, the Extension Homemakers Clubs of Jefferson County is planning a series of craft classes at the library branches, including the White Hall Library on Monday, Oct. 18 at 6 p.m.

Williams said he feels confident about growing the attendance and participation numbers. For example, he said, the library system signed up about 200 new library cardholders in September.

Also, online services saw a jump during the shutdown and it continues to be a convenient option, Williams said.

Patrons have been slow to return to the White Hall branch, but they're seeing a rise in participation whether in programming or in-person library book checkouts.

This isn't just a White Hall phenomena but at the system's new main library on Main Street, as well as at its other three branches.

The branches are located at Watson Chapel, Redfield and Altheimer.

Williams said participation numbers at Redfield and Watson Chapel are much lower than he would like.

These locations also underwent major renovations and were closed for an extended period of time due to the pandemic.

Michelle Washington is one of the library system's program specialists, and she's responsible for putting programs together for the main library and the branches.

"At the main library, we haven't seen as much participation as we would like but the number is growing steadily," Washington said.

The number that signs up often depends on the activity and youngsters' interest, and October's programming seems to be attracting larger numbers.

For example, Washington said, "At last week's Spooky Painting (workshop), we had great participation at all the branches," including White Hall.

Library officials have high hopes for the S.T.E.A.M - Zombie Dolls Workshop, along with a Saturday, Oct. 30 Fall Fest slated for the main library in Pine Bluff.

It is open to all ages and will host food truck vendors, Trunk or Treat, face painting, sack racing and corn hole gaming and other activities.

"Everyone is welcome," Washington said.

Williams said, "It's one of our largest events and it's designed to bring more people to the library and get the community involved."

AT WHITE HALL ONLY

This month, the White Hall Library is catering to the 5 to 17 age group with fun, fall and Halloween-related Thursday afternoon activities, including: constructing a Monster-Theme Air-Dry Clay Planter on Oct. 14; a Fall Scavenger Hunt on Oct. 21; and a S.T.E.A.M - Zombie Dolls Workshop on Oct. 28.

There will be a Halloween Scavenger Hunt for ages 5 through 10 on Saturday, Oct. 30 at the White Hall Library, from noon until 1:30 p.m.

All the programs at the Pine Bluff Jefferson County Library System's libraries are open to the public. 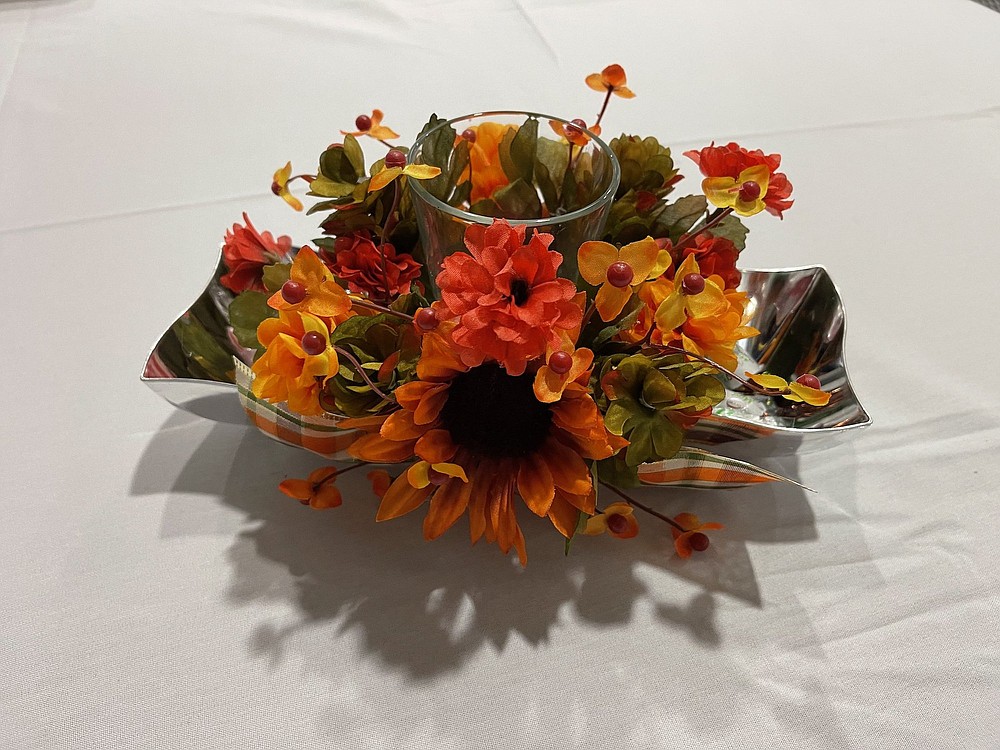 The Extension Homemakers Clubs of Jefferson County is offering a craft class at the White Hall Library, 300 Anderson Ave., on Monday, Oct. 18 at 6 p.m. This floral arrangement is a sample of their work. (Special to The Commercial)