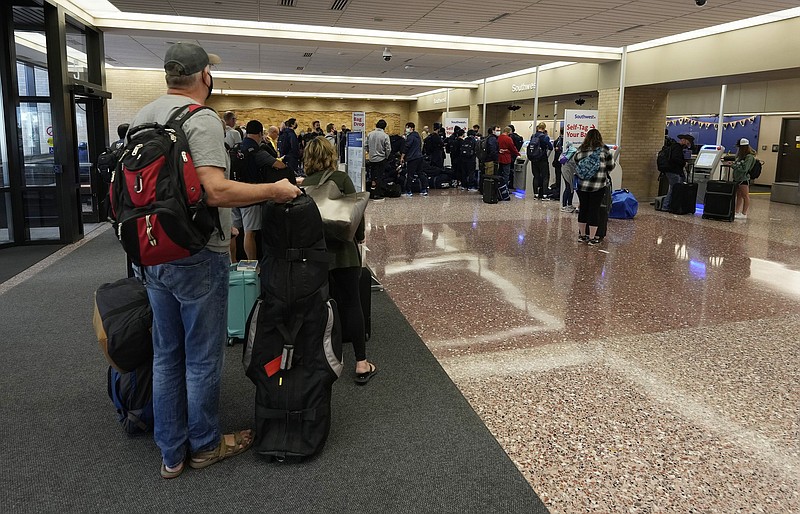 Southwest Airlines Chief Executive Officer Gary Kelly said the carrier's operations were "much improved" Tuesday, as it canceled only a few flights for the day after suffering disruptions over the weekend into Monday.

Data from aviation tracking firm FlightAware showed 89 canceled Southwest flights as of Tuesday morning, about 2% of its schedule. Another 242 flights were delayed. The total was far smaller than Monday, when the airline canceled more than 10% of flights and saw more than 40% delayed.

"I want to apologize to all of our customers," Kelly said in an interview with ABC's "Good Morning America."

[Video not showing up above? Click here to watch » https://www.youtube.com/watch?v=JreWpRF4ecg]

The problems showed how small disruptions can snowball as airlines seek to recover from the pandemic. Southwest said the disruptions began with bad weather and air-traffic-control issues in Florida early in the weekend. But then they continued, ultimately leading to more than 2,000 canceled flights that left passengers stranded and desperately seeking help.

Kelly said the problems in Florida hit Southwest particularly hard because about half its planes go through the state.

"It just put the airline way behind on Friday," Kelly said. "I think any industry expert knows that it takes several days if you have that large of an impact on the operation to get the airplanes where they need to be and then to match the crews up with that."

The airline is still churning through complaints from passengers on Twitter, offering apologies and aid to those who need it.

"We're confident more favorable circumstances will prevail the next time we welcome you onboard," customer service agents wrote.

The disruptions at Southwest are similar to problems the carrier and some of its competitors faced over the summer. Analysts say airlines cut staff during the pandemic, leaving them vulnerable as they seek to welcome travelers back. Kelly said Southwest had "moderated" its schedule and was planning to hire more employees, but was continuing to face higher rates of absenteeism because of the ongoing pandemic.

Some leading conservatives claimed the disruptions were caused by pilots protesting against Southwest imposing a coronavirus vaccine mandate. There was no evidence that was the case, and the airline, the pilots union and the government all pushed back against the claims.

"To be clear: None of the information from Southwest, its pilots union, or the FAA indicates that this weekend's cancellations were related to vaccine mandates," the Federal Aviation Administration wrote in a tweet Monday evening.

Kelly announced in June that he plans to retire as Southwest's chief executive early next year but will continue as executive chairman of its board. He will be replaced by Robert Jordan, a longtime executive at the airline.