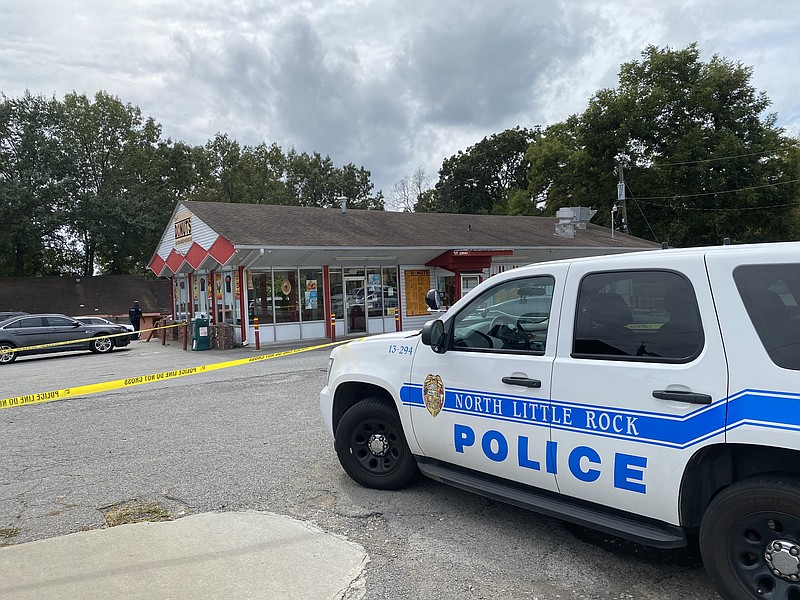 Police arrested a 15-year-old in the Thursday shooting of a North Little Rock High School student at a donut shop near the school's campus.

Raymond Hudson, who is being charged as an adult, faces charges of aggravated robbery, battery 1st degree, and possession of firearm by a minor, police said late Thursday.

In their investigation, officers "quickly located several persons of interest, inside a residence, a few blocks from the scene of the shooting," police said, leading to the arrest of Hudson.

Hudson will be held in the Pulaski County Jail, with no bond, until a court appearance scheduled for 9 a.m. Oct. 26.

Helton said that, as of Thursday afternoon, she was not aware of the suspects’ ages or what connection, if any, they had to the victim.

North Little Rock School District Superintendent Gregory Pilewski said that the victim was a 10th grader who had left campus for an unknown reason.

There are legitimate reasons for students to leave the campus during the day, Pilewski said, such as concurrent college courses, but school officials were still looking into why this student was off campus.

Pilewski commended the response of school officials and added that there was no damage to the school’s facilities from the shots.

As part of a four-day training regimen at the start of the school year, the district’s teachers train with police for one day to help prepare for incidents like this, Pilewski said.

The student, a male, was transported to a local hospital with injuries that weren't considered life-threatening, Helton said.

His age was not immediately known, police said.

North Little Rock High School was placed on a brief lockdown Thursday as a precaution, according to police.

In a statement, the district said all students and staff were safe and that there was no active threat.

The district was working with the police department and would provide updates when available, according to the statement.

Authorities didn't immediately provide information about any suspects in the shooting.

This story has been updated. It was originally published at 1:45 p.m.