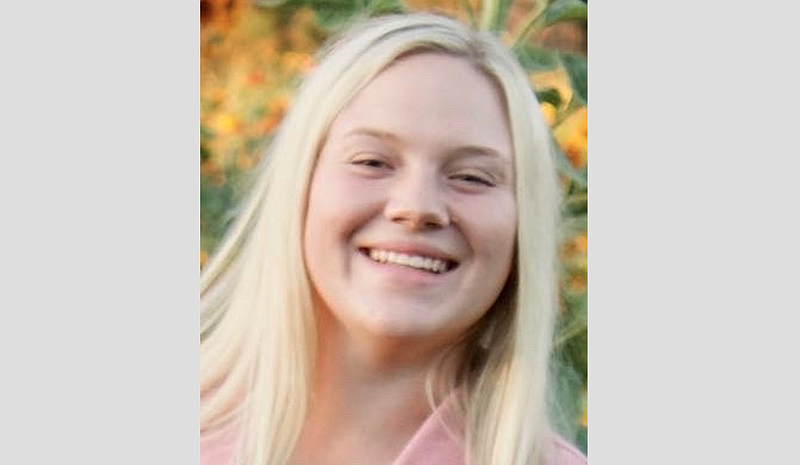 When Kendra Harness decided to forego participating in other sports and focus strictly on golf after her freshman season at West Side Greers Ferry, she had several goals in mind that she wanted to achieve before graduating.

But there was one objective that really caught the attention of her head coach.

"She told me before that year started ... that her goal was to win state three years in a row as a team, and three years in a row individually," said West Side Greers Ferry Coach Shane Davis. "I was like, 'Man, I don't know about that.' I hate for kids to have unrealistic expectations or unrealistic goals. But when she told me that, there was no hesitation in her voice.

"She fully intended on doing just what she told me she wanted to do."

Not only did Harness accomplish what she initially set out to do three years ago, she did it in such a way that'll leave a lasting impression on the school's program after she's gone.

The Williams Baptist University commit led West Side Greers Ferry to a third consecutive Class 1A girls state golf title on Sept. 29 while winning tournament medalist honors for the third time in as many years. Now, Harness has her eyes locked on the one thing that's eluded her in her career, and that's an Overall championship. She'll try to cross that goal off her list today when she tees off at 9:50 a.m. at Pleasant Valley Country Club in Little Rock.

"I feel like I'm way better than I was last year, and I've got a better chance this time," said Harness, who finished ninth at last year's event. "I hope I can kind of come in this time and take people by surprise."

There were certainly no surprises this season for Harness because her reputation as the best in Class 1A preceded her.

She shot the lowest score of anyone in all 10 of her team's events, not to mention having the top totals in both the Cougar Invitational and the Fairfield Bay Classic.

"And then she went out and won state," Davis said. "That was actually her senior year goal, to win everything, and she did. We even played a match with Brookland, and of course, they just won Class 4A for the third straight year and had a girl shoot in the 60s. So she ran the table, and did it pretty convincingly."

Harness lit up the Mountain Ranch Golf Course at Fairfield Bay during the state tournament and shot a 79 to win by a whopping 16 shots. That type of domination, according to Davis, came because of the work she puts in.

For example, Harness managed to win her first individual title as a sophomore by shooting a 98. Even that didn't happen until she won in a playoff against her classmate Kortnee Finch. Then as a junior, she improved by 16 shots and fired an 82 to win by seven strokes before dominating the field this year.

"Sometimes you just never know how things will play out before a tournament," Harness said. "For me, there's always nerves going in. But you've got to have the right mindset.

"Like this year, I knew there was a girl that had a chance to get close to me. So I knew I had to go out there and do my thing. I knew if I just did that, it'd all be OK."

A similar mentality may be needed today for Harness against a who's who of entrants that includes defending overall champion Grace Kilcrease of Springdale Har-Ber and last year's dual runner-up, Anna Kate Nichols of Pulaski Academy. The 96 that she shot a year ago was 18 shots off Kilcrease's winning score of 78 and 17 shy of Nichols, but Harness isn't ruling anything out this time around.

"That course was a lot longer than the course we'd been playing," she explained, referring to last year's tournament. "The greens were way faster, and it was completely different than anything we'd seen. It was definitely a challenge, that's for sure.

"But I expect to do well this time, at least that what I'm hoping. I think I've gotten a lot better since then."

Davis, too, feels that his ace golfer should do a lot better in her third and final time at Overall.

"Anytime a kid works hard, good things happen," he said. "She has put in the work. We played one of the longest courses of all the state tournaments, yardage wise, and I think that's going to help her because we know the bigger schools play a little more yardage than we do. So we'll see.

"But either way, she'll go down as the most decorated golfer in West Side history. We've won five state titles since 2014, and we've had a bunch of good girls come through here. And to be able to say that about her, that sets her apart."