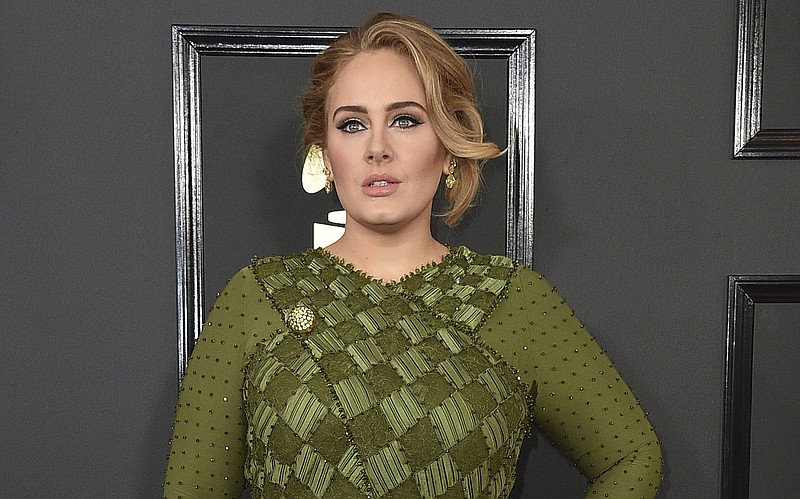 FILE - Adele arrives at the 59th annual Grammy Awards on Feb. 12, 2017, in Los Angeles. The singer will share custody of her 8-year-old son and won’t be paying child support to her now-ex-husband Simon Konecki. The couple separated in August of 2019, and Adele filed for divorce the following month. A Los Angeles judge finalized the divorce last week. (Photo by Jordan Strauss/Invision/AP, File)

• Almost six years to the day since the release of her previous blockbuster album, Adele will make her long-awaited return to the music industry with a new album on Nov. 19, she announced Wednesday on social media. Titled "30," in line with her previous albums "19," "21" and "25" -- for the ages that Adele was while writing them -- the singer, now 33, said in a statement that the album came out of "the most turbulent period of my life." In 2019, Adele filed for divorce from her husband of two years, the charity executive Simon Konecki. The couple have a young son. "I've learned a lot of blistering home truths about myself along the way," Adele wrote in her announcement. She compared the music to "that friend who, no matter what, checked in on me even though I'd stopped checking in with them because I'd become so consumed by my own grief," adding: "I've painstakingly rebuilt my house and my heart since then and this album narrates it." "30" will be preceded by Friday's release of a single, "Easy on Me." It's produced by Greg Kurstin, who collaborated with the singer on "Hello," the chart-topping lead song from "25," in 2015. According to reports, the new album will feature collaborations with the producers and songwriters Max Martin and Shellback, who worked on the previous Adele single "Send My Love (to Your New Lover)"; the singer-songwriter Tobias Jesso Jr. ("When We Were Young," from 2015); the producer Inflo; and the composer and producer Ludwig Goransson, known for his work with Childish Gambino and on films such as "Black Panther." "I was so fragile when I was writing it that I wanted to work only with a few people," Adele said in a Vogue interview, citing Marvin Gaye's "What's Going On" as a "very big reference."

• Rapper Tyga was arrested in a felony domestic violence investigation, authorities said. Tyga, 31, whose legal name is Michael Stevenson, was booked after a Tuesday incident in Hollywood, Los Angeles police said. He was released after posting $50,000 bond, jail records showed. The arrest came after 22-year-old fashion designer Camaryn Swanson, his ex-girlfriend, posted images online of her face with a black eye. "I've been emotionally, mentally and physically abused and I'm not hiding it," Swanson said in an Instagram story. An email seeking comment from a representative for Tyga was not immediately returned.

CORRECTION: An earlier version of this story contained an incorrect photo. The top photo is of of the Grammy-winning singer Adele, who announced Wednesday on social media that she is releasing a new album, titled “30,” on Nov. 19. 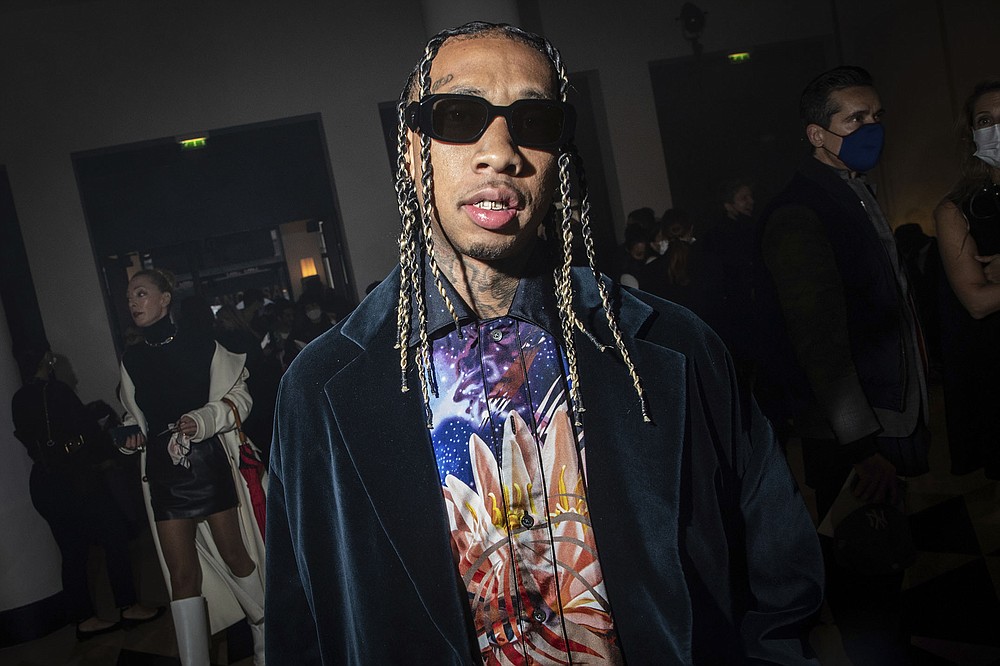