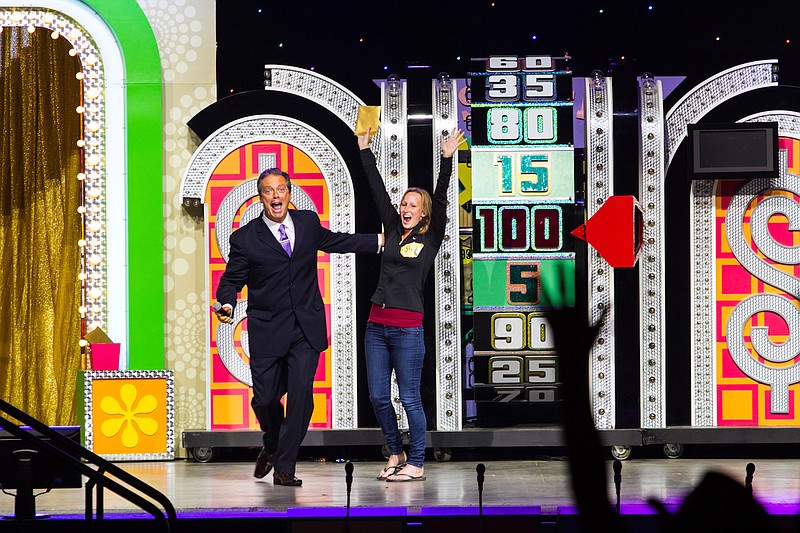 Todd Newton, who hosted “The Price is Right Live!” when it hit the stage at Little Rock's Robinson Center in 2017, is back as host as the show returns to Robinson on Sunday. (Democrat-Gazette file photo)

Entertainment options in Arkansas this weekend:

"The Price Is Right Live" will be on stage 7 p.m. Sunday at Robinson Center Performance Hall, 426 W. Markham St. at Broadway, Little Rock. The live version of the TV game show offers prizes ranging from appliances and vacations to a new car to contestants who answer the call to "Come On Down" and play various games. Todd Newton once again will be the host. Tickets — $33-$53 — are on sale at Ticketmaster.com.

Rules and regs: A ticket is not necessary to sign up to be a contestant nor will being a ticket-holder increase your chances of being selected; the registration area will be at or near the box office three hours before showtime. Call (501) 244-8800 for all the rules, regulations, eligibility requirements and more information on ticketing.

The festival, while focusing on the the ancient sport of hurling, also includes performances from traditional Irish musicians and Irish dance from students of the O'Donovan School of Irish Dance and the McCafferty Academy of Irish Dance. The Dead Celts Society Band will perform for a 6 p.m. after-party. Hurling contestants from Tulsa, Memphis and Nashville, Tenn., battle for the Higgins Cup. Food trucks and Diamond Bear Brewing will supply food and drink. Visit the Facebook events page — facebook.com/events/311270184091854 — or email littlerockgac@gmail.com. 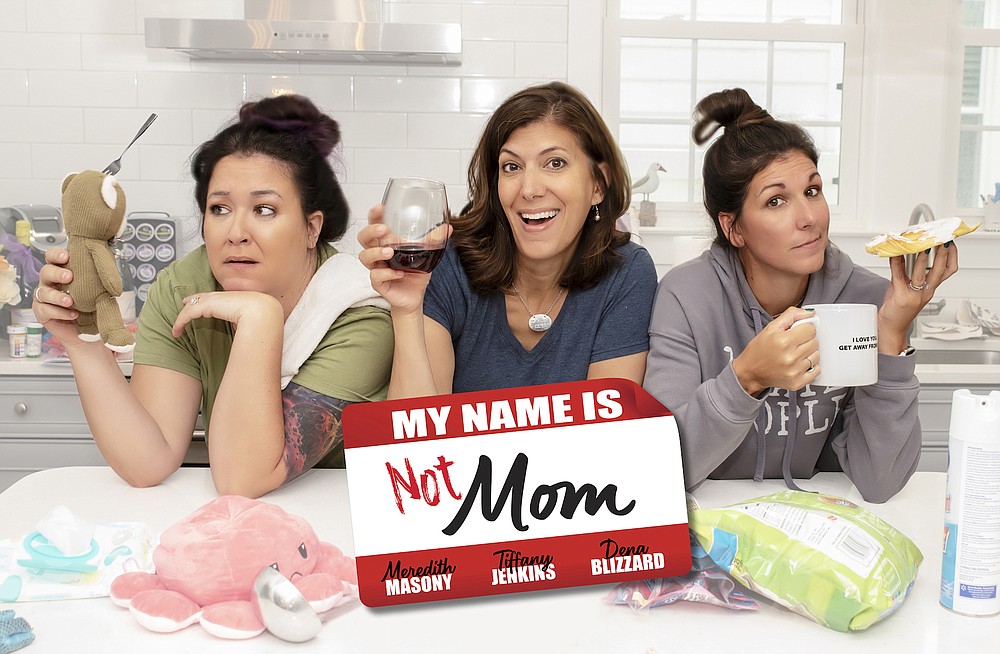 Comedians, mothers and online presences (from left) Meredith Masony, Tiffany Jenkins and Dena Blizzard bring their “My Name Is NOT Mom” comedy tour Saturday to the Hot Springs Convention Center. (Special to the Democrat-Gazette)

The Delta Symphony Orchestra and the Link Theatre Company are staging a concert version of the musical "Ragtime" (music by Stephen Flaherty, lyrics by Lynn Ahrens, book by Terrence McNally, based on the 1975 novel by E.L. Doctorow), 7:30 p.m. Saturday and 2 p.m. Sunday at Arkansas State University's Fowler Center, 201 Olympic Drive, Jonesboro.

Robert Petkoff, who originated the role of Tateh in the 2009 Broadway revival, plays the role here, with Jenny Powers, who played Rizzo in "Grease" and Meg in "Little Women" on Broadway, as Mother and Ezekiel Andrew as Coalhouse Walker.

Tickets are $35 general admission, $45 reserved seating, $30 for senior citizens, $25 for students and military, $150 for VIP (includes priority seating, a photo opportunity with the cast and a signed poster). All prices are plus fees.

The Studio Theatre, 320 W. Seventh St., Little Rock, stages "Clue" (adapted by Sandy Rustin from the screenplay for the 1985 Paramount film by Jonathan Lynn and from the Hasbro Inc. board game, with additional material by Hunter Foster and Eric Price), 7:30 p.m. Thursday-Saturday and Oct. 21-23, 2:30 p.m. Sunday and Oct. 24.

The Studio Theatre is currently operating at a capacity of 85 seats per performance. Audience members must be masked when not actively eating or drinking. Social distancing is recommended. Tickets are $25 in advance (visit centralarkansastickets.com/organizations/the-studio-theatre), $30 at the door. For more information, call (501) 374-2615 or visit studiotheatrelr.com.

The Little Rock Winds and conductor Israel Getzov give their first live concert since March 2020, opening their 2021-22 season, 7:30 p.m. today at Second Presbyterian Church, 600 Pleasant Valley Drive, Little Rock. The program includes the "Bonds of Unity" march by Karl L. King; "Of Sailors and Whales," the late Arkansas Composer Laureate W. Francis McBeth's tone poem based on Herman Melville's "Moby-Dick"; McBeth's "Kaddish"; "Variations on a theme of R. Schumann" by Robert Jager; music from the score for the movie "Silverado" by Bruce Boughton; and "The Pines of the Appian Way" from "The Pines of Rome" by Ottorino Respighi. Tickets are $15, free for students. Visit lrwinds.org.

The Natural State Brass Band will perform at 3 p.m. Sunday at Immanuel Baptist Church, 501 N. Shackleford Road, Little Rock. Rico Belotti conducts a program he calls "A Brass Band Sampler," including "A Moorside Suite" by Gustav Holst; the Cancer Blows anthem "Song of Hope" by Peter Meechan, featuring trumpet soloist Richard Bailey; Earth, Wind and Fire's "In the Stone"; and Barry Gott's "Gospel Train," based on the spiritual "Get On Board," featuring Steve Greer on trombone. Admission is free. Call (501) 758-2576 or visit nsbb.org.

As part of the park's covid-19 protocols, the theater will be at one-third of its 1,000-seat capacity. Tickets — $25 Friday, $35 Saturday, $50 for both days — include the price of admission to the park's 20 artisan shops, gardens and music shows at the Ozark Highlands Theater. Visit OzarkFolkCenter.Ticketleap.com.

Outdoor acoustic music shows, programs and artisan demonstrations will take place in the Craft Village, 10 a.m.-7 p.m. each day. The park's Skillet Restaurant will serve breakfast, lunch and dinner buffets each day. Cost is $10 for breakfast, $11 for lunch, $12 for dinner.