Social Security raise due in '22

Benefits to increase 5.9% in cost-of-living adjustment by Compiled Democrat-Gazette Staff From Wire Reports | October 14, 2021 at 7:14 a.m. 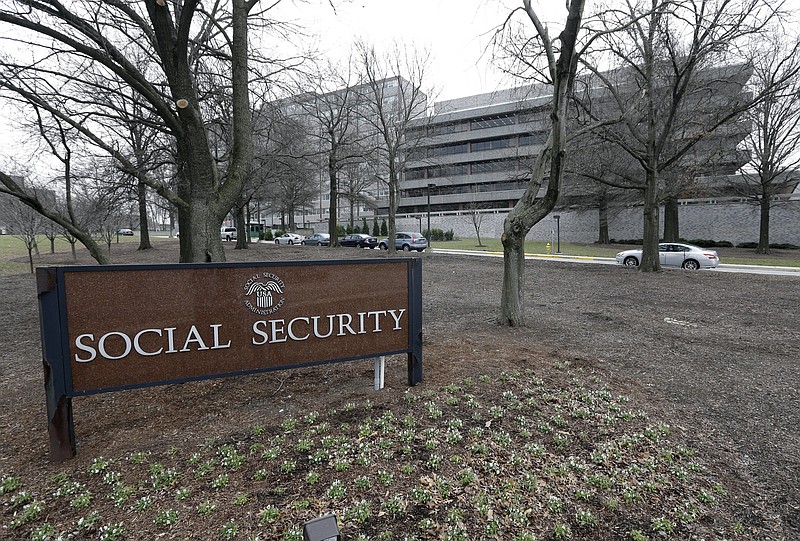 Benefits from Social Security, which tens of millions of retired Americans rely on to pay their bills, will increase by 5.9% in 2022, the Social Security Administration said Wednesday. It is the biggest boost in 40 years as prices for food, cars and rent keep climbing.

The adjustment is a response to consumer prices in the United States that have jumped at their fastest pace in years. It is tied to the Labor Department's Consumer Price Index, which rose 5.4% in September from a year earlier. Policymakers say the adjustment is a safeguard to protect Social Security benefits against the loss of purchasing power, and not a pay bump for retirees.

Inflation has accelerated this year as the global economy recovers from pandemic-driven lockdowns. Early on, the price gains were fueled by rebounding airfares, restaurant meals and other items whose demand collapsed in 2020. More recently, shortages of products and supply chain challenges have added to the gains.

[Video not showing up above? Click here to watch » https://www.youtube.com/watch?v=YW5MK1cujP8]

The maximum amount of a worker's earnings subject to the Social Security tax will also increase, to $147,000 from $142,800, the administration said.

Older Americans, people with disabilities, and children and spouses of deceased recipients depend on the benefits to afford essentials including food, housing and utility bills. Although some said they welcomed the increased benefit, they also worried that it might not be enough to offset inflation and the rising cost of Medicare. Premiums for Medicare Part B, which covers doctors visits and outpatient care, are deducted from Social Security checks.

Nearly nine out of 10 people age 65 and older were receiving a benefit as of the end of last year.

Jo Ann Jenkins, CEO of AARP, said the increase was necessary for families and beneficiaries to keep up.

"The guaranteed benefits provided by Social Security and the COLA increase are more crucial than ever as millions of Americans continue to face the health and economic impacts of the pandemic," Jenkins said in a statement Wednesday.

Nancy Altman, president of Social Security Works, an advocacy group, said she welcomed the increase but that it was not enough for senior citizens to cover the rising costs of health care and prescription drugs.

"You're glad that you get a 5.9% increase, but it doesn't feel like you're getting 5.9% when all of your other costs are going up much higher," Altman said.

Cecilia Dominguez, who is 68 and lives in Los Angeles, said the increased benefits would help her pay for her mortgage, groceries and gas expenses. The benefits make up about 75% of her monthly income, she said. Although she retired from her job as a procurement manager in 2009, she now works three part-time jobs to keep up with her bills.

Dominguez said she has noticed a spike in prices since the pandemic's start. It now costs about $95 to fill up her car's gas tank; six months ago, she said, she paid $60. Gas there is about $4.50 a gallon, and California prices tend to be a dollar higher than the national average. At the grocery store, meat and produce have become more expensive, she said.

"I can't even look at a steak," Dominguez said. "Eggs are a fortune."

Martin Feuer, 71, a retired senior compliance professional in New York, said he welcomed the increased benefits, especially after years of adjustment increases hovering around 1% to 2%.

He worries, however, that his Medicare Part B monthly premium will increase, eating into his Social Security benefits.

In an August report, Medicare's trustees said the monthly standard premium for Part B could increase to $158.50, up $10 from this year's premium.

The pandemic recession altered the projections for Social Security's outlook. A recent analysis said the program's combined trust fund reserves are expected to be depleted as soon as 2034. It would then pay 78% of scheduled benefits, unless Congress takes action.

An analysis from the Center for Retirement Research at Boston College estimated that the cost-of-living adjustment increase could deplete the combined trust fund reserves at an even more rapid clip if lawmakers don't move to bolster the program's finances.

"We're already late to the game," said Alicia H. Munnell, director of the center. "Congress needs to make an adjustment so people who rely on this program are not fearful their benefits are going to be cut."

This year's Social Security trustees report amplified warnings about the long-range financial stability of the program. But there's little talk about fixes in Congress, with lawmakers consumed by President Joe Biden's major domestic legislation and partisan machinations over the national debt. Social Security cannot be addressed through the budget reconciliation process Democrats are attempting to use to deliver Biden's promises.

Social Security's turn will come, said Rep. John Larson, D-Conn., chairman of the House Social Security subcommittee and author of legislation to tackle shortfalls that would leave the program unable to pay full benefits in less than 15 years. His bill would raise payroll taxes while also changing the COLA formula to give more weight to health care expenses and other costs that weigh more heavily on the elderly. Larson said he intends to press ahead next year.

Economist Marilyn Moon, who also served as public trustee for Social Security and Medicare, said she believes the current spurt of inflation will be temporary, due to highly unusual economic circumstances.

"I would think there is going to be an increase this year that you won't see reproduced in the future," Moon said.

But policymakers should not delay getting to work on retirement programs, she said.

"We're at a point in time where people don't react to policy needs until there is a sense of desperation, and both Social Security and Medicare are programs that benefit from long-range planning rather that short-range machinations," she said.

Information for this article was contributed by Ricardo Alonso-Zaldivar and Christopher Rugaber of The Associated Press and by Madline Ngo of The New York Times.