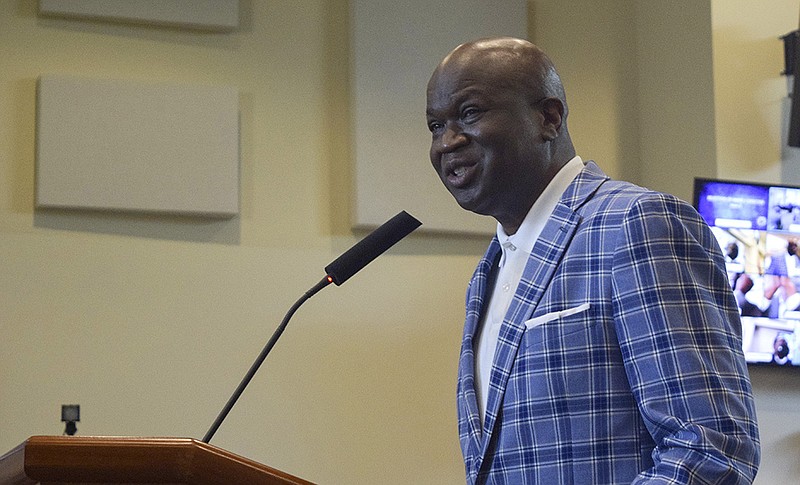 The Little Rock Board of Directors at a special called meeting Wednesday appointed Virgil L. Miller Jr., a local community-development banker, to serve out the remaining term of the late Ward 1 City Director Erma Hendrix, who died last month at age 91.

Since December 2013, Miller has worked as the group Community Reinvestment Act director for Arvest Bank in Little Rock, according to his resume. He previously worked for Metropolitan National Bank in the city for 13 years.

Miller, 68, will represent Ward 1 until the end of December 2022. He is eligible to campaign for a full four-year term during the November 2022 election if he chooses to run.

Mayor Frank Scott Jr. on Wednesday announced the board's choice after members returned from a closed executive session. Members then took a voice vote in public to appoint Miller.

At-large City Director Joan Adcock made the motion. It was seconded by Vice Mayor Lance Hines.

Affirmation of the appointment came from all city directors except Ward 2 City Director Ken Richardson, who voted "present."

In brief remarks to the board afterward, Miller thanked the board and the other candidates who applied.

"I think it's an honorable thing to do," Miller said of public service. "I admire all of you, and now that I'm a public servant, I guess I admire myself."

One day earlier, the board heard from the eight finalists for the Ward 1 seat. Finalists were selected from the field of 20 people who applied. Each had the opportunity to address the board for 10 minutes during Tuesday's meeting.

Under its present boundaries, Ward 1 encompasses the downtown Little Rock core and surrounding communities, including neighborhoods south of Interstate 630, and the eastern edge of the city along the Arkansas River.

City directors are poised to redraw ward boundaries in the coming months based on new population data obtained from the 2020 census.

In a letter to the board included with his application, Miller wrote that he has worked in Ward 1 during his entire 45-year career and has lived in the ward for more than 30 years.

"Just last year, when my wife and I were deciding where to build our home, we couldn't pass up the opportunity to return to the downtown area," Miller wrote. "I am very familiar with Ward One and have worked as a volunteer on numerous community projects."

Miller on Wednesday told board members that he was ready to "roll up my sleeves and get started." He added, "Like everyone has said, I'm not Erma Hendrix. No one can be Erma Hendrix. I'm going to be Virgil Miller, and that's going to have to be good enough."

Scott told him the city manager would work with him on the swearing-in.

By securing the board's appointment, Miller beat out a diverse group of contenders who had applied for the seat.