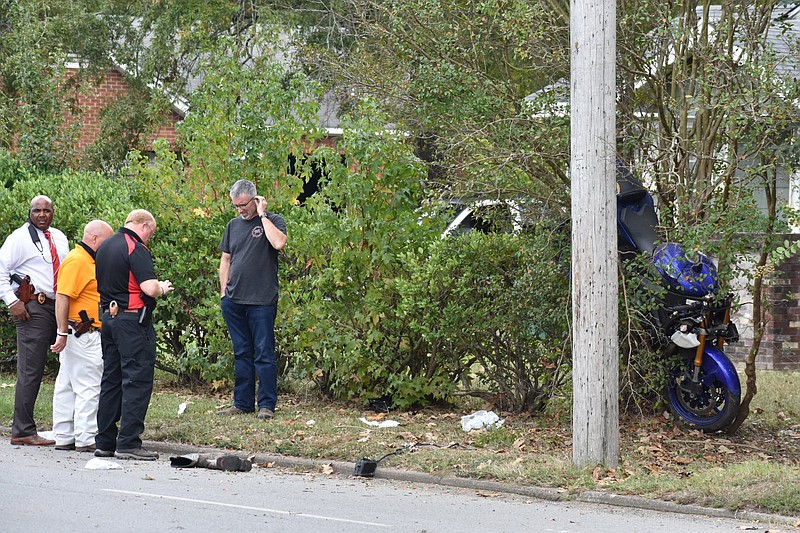 Pine Bluff Police investigators talk with a man about a motorcycle ending up in a bush at 4118 W. 28th Ave., across from the south side of Super 1 Foods on Camden Road, on Thursday, Oct. 14, 2021. (Pine Bluff Commercial/I.C. Murrell)

A motorcyclist was killed in a two-vehicle collision at 28th Avenue and Apple Street near Super 1 Foods on Thursday afternoon.

A blue motorcycle could be seen resting in a bush at a residence at 4118 W. 28th Ave., with the bike's rear tire hiked up into the air and the front wheel on the ground. Onlookers stood in the south parking lot of a grocery store as Pine Bluff police blocked off a section of 28th Avenue just off Camden Road. The rider's motorcycle helmet lay in the middle of 28th Avenue.

According to a news release, Pine Bluff police officers responded to the crash involving a sport utility vehicle and the motorcycle shortly after 3 p.m. The preliminary investigation, police said, indicated that the SUV was traveling west on 28th Avenue when it made a left turn onto Apple Street. The motorcycle was traveling east on 28th when the collision occurred, reports say.

Police are withholding the names of those involved until the next of kin are identified. The driver of the SUV remained at the scene and was cooperating with the investigation, according to the release. The driver has been issued a citation for failing to yield on a left turn, but no criminal charges have been filed, stated the release. 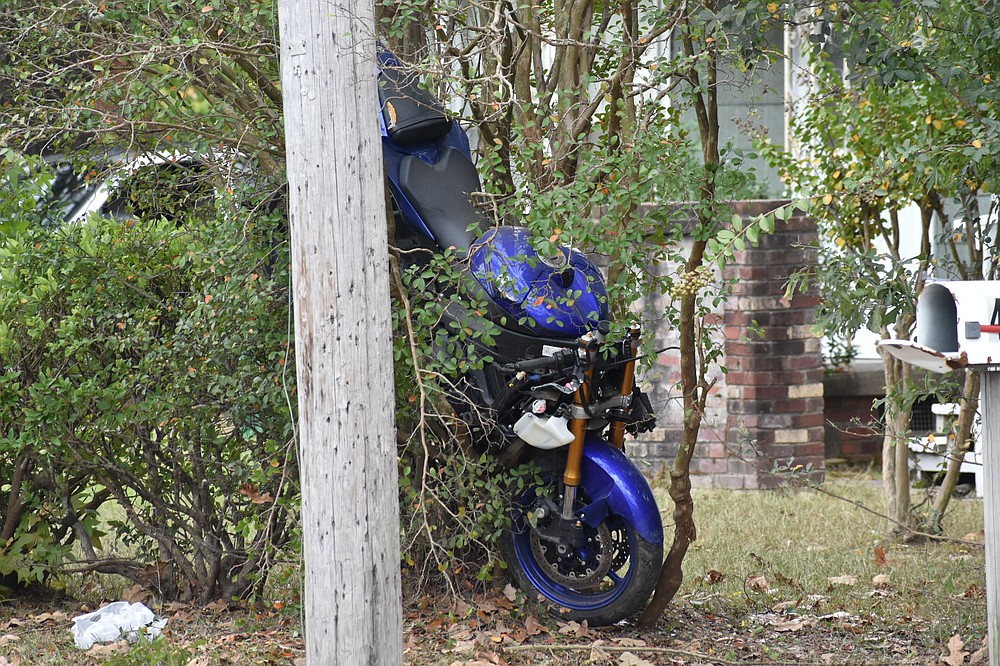 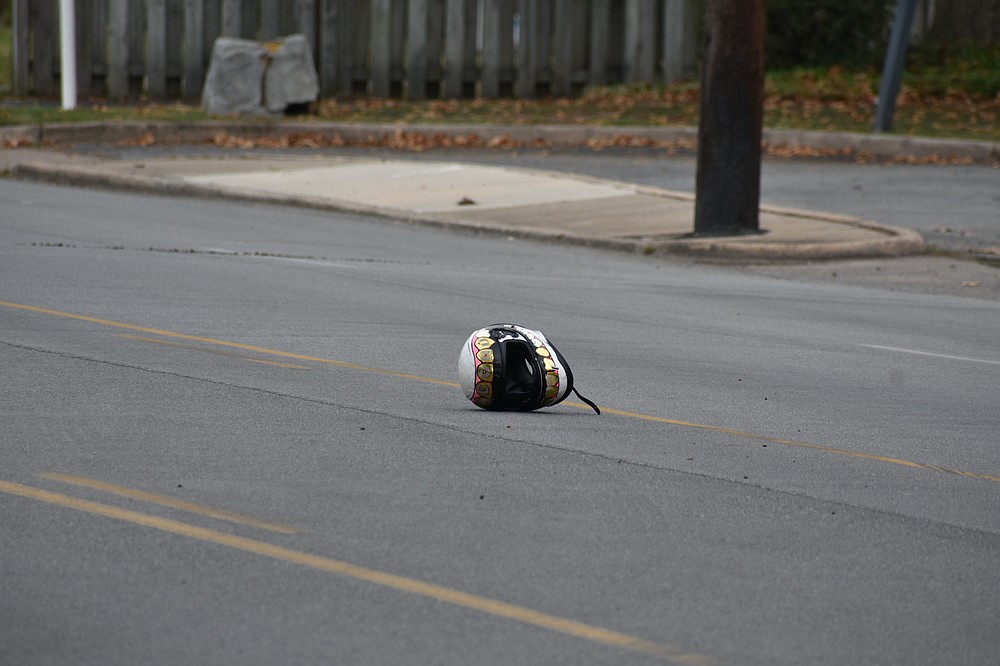 A motorcycle helmet lies in the middle of West 28th Avenue, near the south side of Super 1 Foods on Camden Road, Thursday, Oct. 14, 2021. (Pine Bluff Commercial/I.C. Murrell)