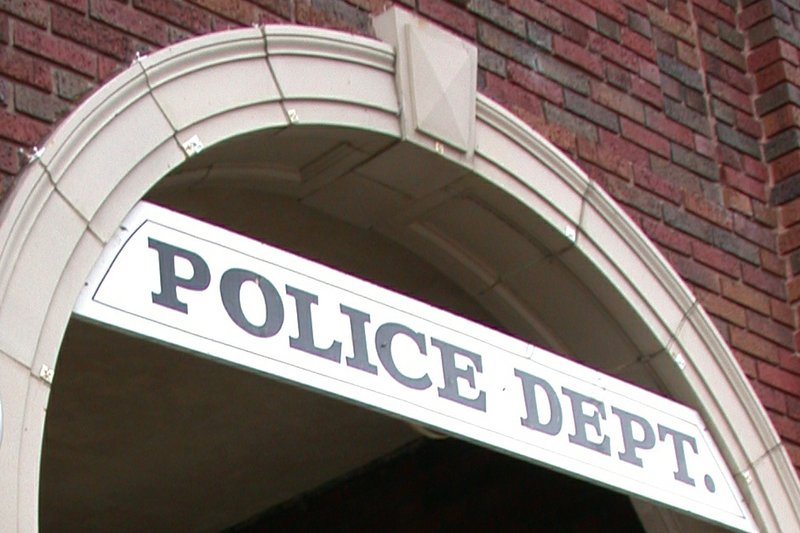 FILE — The Blytheville Police Department headquarters is shown in this 2003 file photo.

A Blytheville police officer has been arrested and fired from his job after holding his ex-girlfriend and her grandfather at gunpoint, according to the Police Department and Mississippi County sheriff's office.

Zachary Purrington, 36, of Blytheville was being held Thursday in the Greene County jail near Paragould on preliminary charges of aggravated assault, aggravated burglary, kidnapping and terroristic threatening. His bond was set at $250,000.

"One of our officers was involved in a domestic assault ... at his girlfriend's house in the county," said Blytheville Police Chief Ross Thompson. "I'm told that after breaking up, he threatened his girlfriend and a family member of hers, with a firearm."

"I'm told the firearm involved was the officer's personal property," said Thompson. "It was not discharged, and nobody was injured."

Capt. Preston Williams, a criminal investigator with the Mississippi County sheriff's office, said his office received a 911 call Oct. 7 from a woman who said Purrington was holding her grandfather at gunpoint.

"The caller told deputies that she had ended a relationship with Purrington earlier in the day and left town," Williams said in a news release. "The caller stated when she returned home she found that Purrington had forced entry into her home. The caller stated Purrington came out of her bathroom with a gun and held her at gunpoint, telling her he was going to kill her.

Purrington was arrested in Jonesboro.

Thompson said the sheriff's office is investigating the criminal incident while the Blytheville Police Department conducts an internal investigation.

On Monday, Maranda Smith filed a petition for an order of protection against Purrington.

The petition, filed in Mississippi County Circuit Court, cited several incidents, dating back to July, in which Smith indicated Purrington was violent or threatening.

Purrington said people were out to kill him, according to the petition.

On Aug. 16, "Zach claimed he went to Alabama to do something for the Army," according to the petition. "He got back and told me he went there to kill 125 people with several members of his old sniper team. ... He told me he got shot in the chest eight times but that his bullet-proof vest stopped it."

"I felt like Zach was ... lying about everything he claimed has been happening," Smith wrote in her petition.

Smith made attempts to break up with Purrington, and he repeatedly threatened her life, according to the petition.

Then, on Oct. 7, Smith had her locks changed and took Purrington's things to his house.

"I told him never to talk to me again, that I was done being afraid of him and he needed to move on," she wrote. "I blocked him on all social media."

Smith went to a parade and returned home to find the dead bolt broken on her back door, according to the petition.

"Zach came from in the bathroom and attacked me," she wrote. "I screamed and I ran to the living room and I tripped and I fell, and Zach got on top of me and held me down with his gun to my head telling me I was going to die tonight because he loved me. That I knew too much so I had to die anyway. ... He held me down with his knees and tried choking me out but let go before I actually blacked out."

Purrington let Smith up and told her to call someone and explain that her screams were because of a wasp, according to the petition. Instead, she called her grandfather, who lived next door.

"The female caller stated that her ex-boyfriend, Zachary Purrington, was holding her grandfather at gunpoint," according to Williams' news release, which didn't name Smith as the caller.

By the time deputies arrived, Purrington had fled.

A temporary protection order was issued Monday. Purrington was served with the order Tuesday at the Greene County jail.