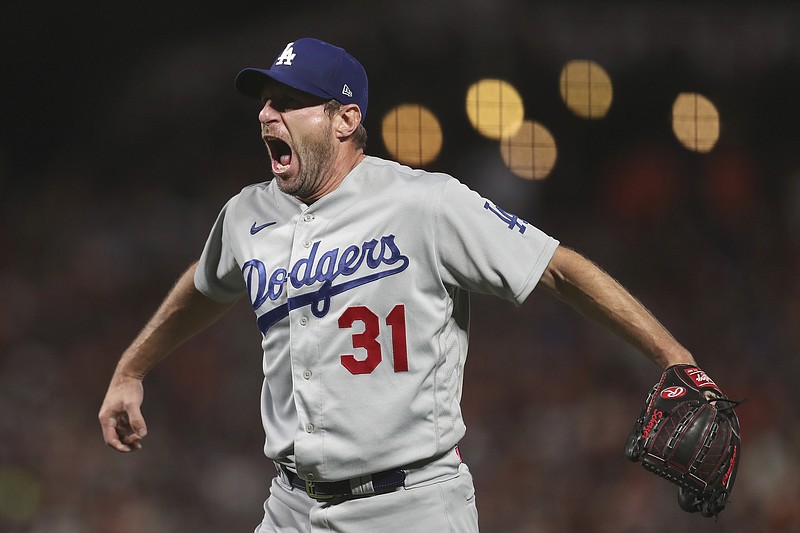 ATLANTA -- Max Scherzer is expected to throw the Los Angeles Dodgers' first pitch in the NL Championship Series only two days after delivering the final pitch in their NL division series-clinching win.

Unusual? Yes. And yet no one is surprised.

"That is Scherzer being Scherzer," teammate Cody Bellinger said.

Scherzer is expected to face Braves left-hander Max Fried in Game 1 tonight in an NLCS rematch. The Dodgers beat the Braves in seven games in last year's NLCS before winning the World Series.

Dodgers Manager Dave Roberts said he plans to start Scherzer even after the NL Cy Young Award contender earned his first career save in a 2-1 victory over San Francisco on Thursday night in Game 5 of the NLDS.

Following the game, Robert said he understood "there might be a cost" in using Scherzer in the closing role as the Dodgers faced the quick turnaround before opening the NLCS.

Whatever that cost, the plan is for Scherzer to start the opener.

Snitker said Scherzer's 13-pitch ninth inning was like an off-day session in the bullpen.

"That's kind of like a side for him right there," Snitker said. "The guy is just a different animal. I mean, he's a Hall of Famer and those guys, man they're cut from a different cloth than normal guys so it won't surprise me at all if he shows up and is on the mound."

Scherzer was 15-4 with a 2.46 ERA for Washington and Los Angeles this season, including 7-0 with a 1.98 ERA in 11 starts for the Dodgers. He has pitched 121/3 innings over three appearances in the playoffs, allowing 2 runs and 6 hits with 16 strikeouts.

Braves first baseman Freddie Freeman said he was wondering who would pitch the ninth inning for Los Angeles on Thursday night as he watched the game on TV.

"And then they showed Max [warming] up and I said, 'That's the guy,' " Freeman said. "I don't think anybody else would want anybody else other than Max in that game. He's a bulldog, facing him for years."

Freeman said he never doubted Scherzer would want the ball in the NLCS opener even after the relief appearance.

"He's going to come back, I bet, tomorrow, and pitch against us and he's going to be Max Scherzer," Freeman said.

Roberts planned to confirm his rotation plans with Scherzer after the team's arrival in Atlanta and workout Friday night to "just kind of see where he's at. But as of now that's kind of where we're at."

Fried moves up as Atlanta's Game 1 starter after Charlie Morton pitched on short rest in the Braves' 5-4 clinching win over Milwaukee in the NL division series on Tuesday night.

Fried joins Morton and Ian Anderson to give Snitker a reliable three-man rotation. Snitker plans to have a bullpen game that could include Huascar Ynoa and Drew Smyly (Little Rock Central, Arkansas Razorbacks).

When the Braves lost to the Dodgers in last year's NLCS, Fried was joined by three rookies -- Anderson, Kyle Wright and Bryse Wilson -- in the rotation.

Led by Morton, Fried and Anderson, the Braves recorded two shutouts in the division series against Milwaukee. Atlanta limited the Brewers to six runs in four games.

"I feel really good about all three of the guys we're going to be featuring," Snitker said. "I'd say it's a significant difference than a year ago when we started this tournament."

Bellinger hit a tiebreaking single in the ninth and Mookie Betts set a postseason career high with four hits in the decisive win over the Giants.

The Braves are preparing to be without outfielder Jorge Soler in the series as they await his clearance following his positive covid-19 test.

Dansby Swanson replaced Soler as the leadoff hitter Tuesday against the Brewers. Snitker said Friday he was still considering Swanson and other options for his leadoff hitter tonight. 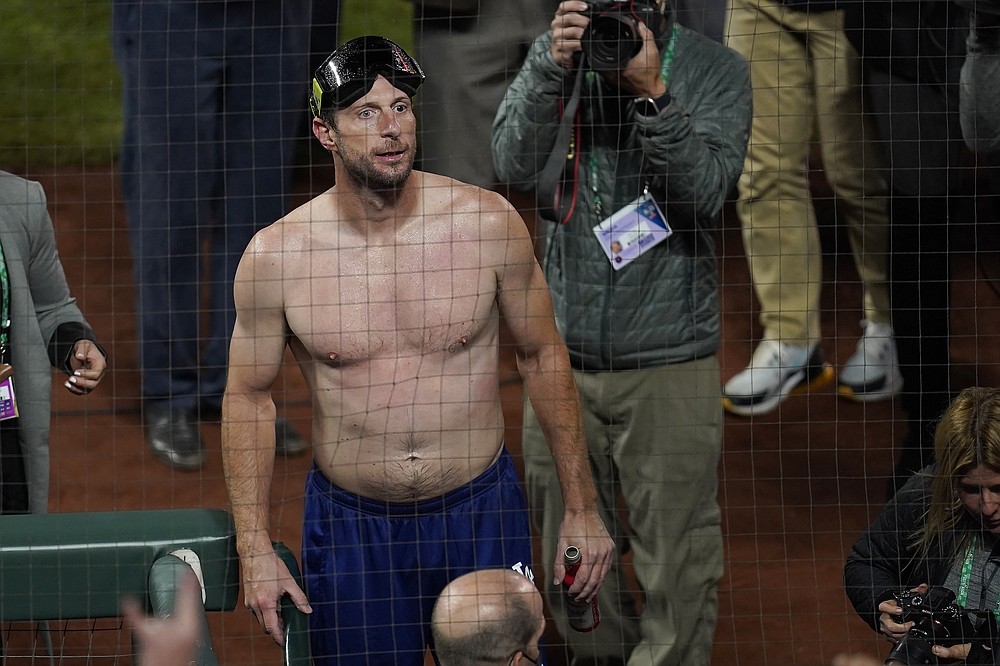 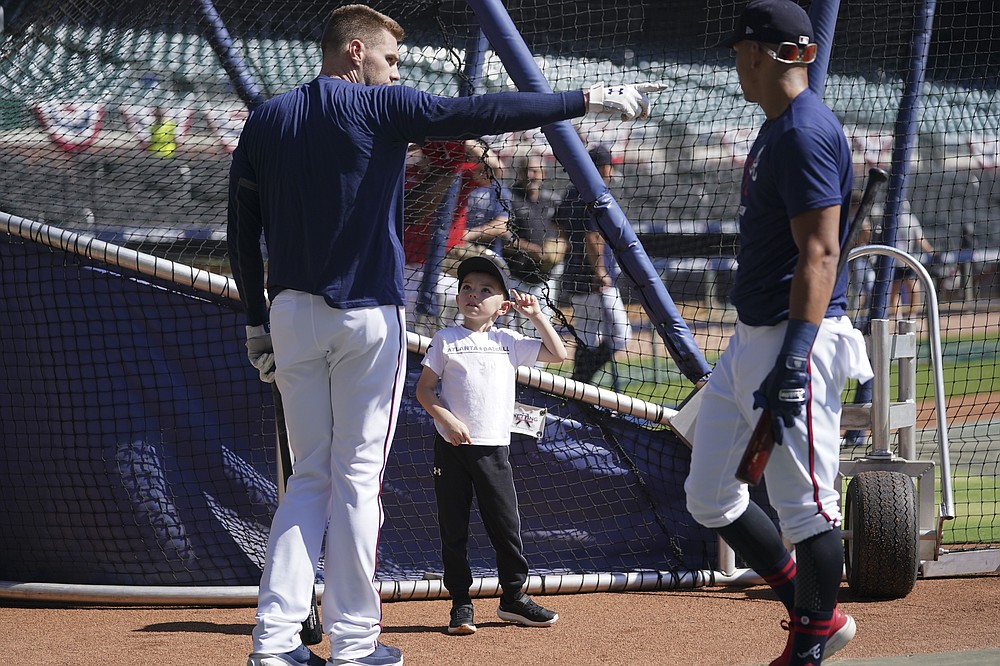 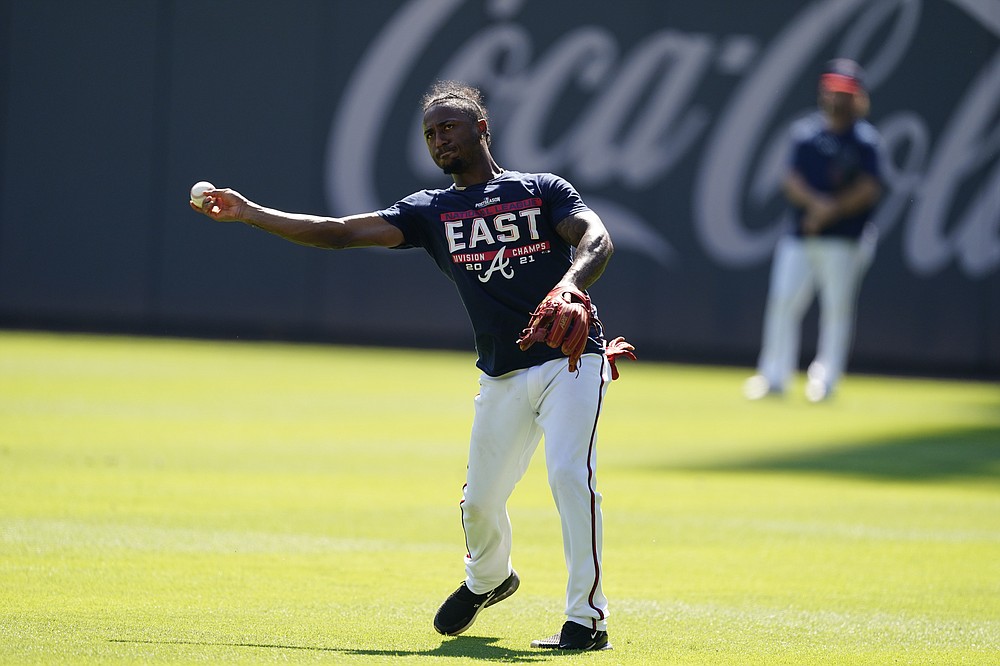 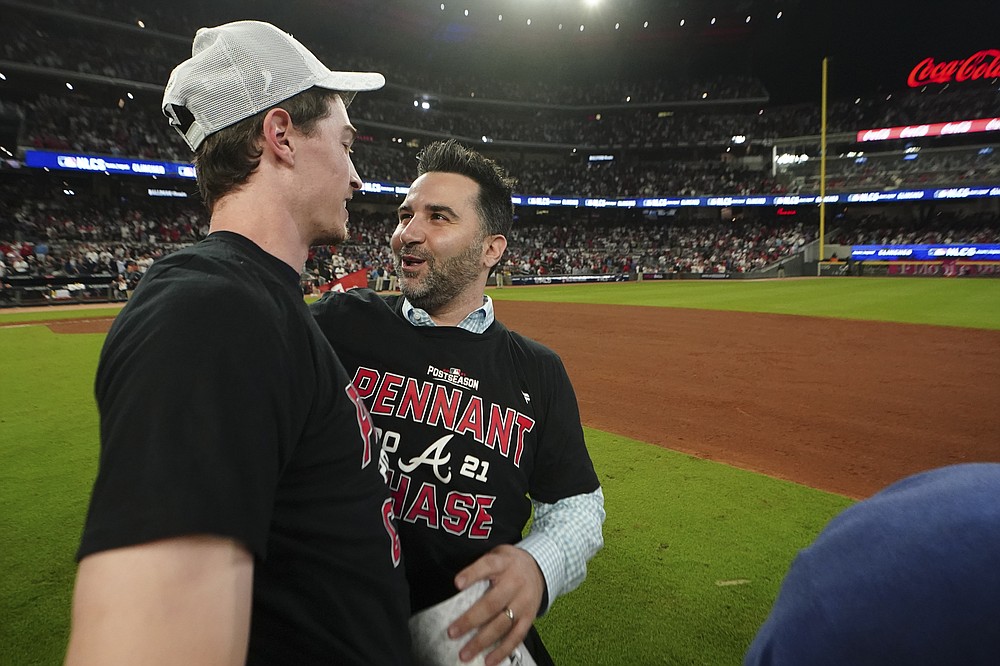 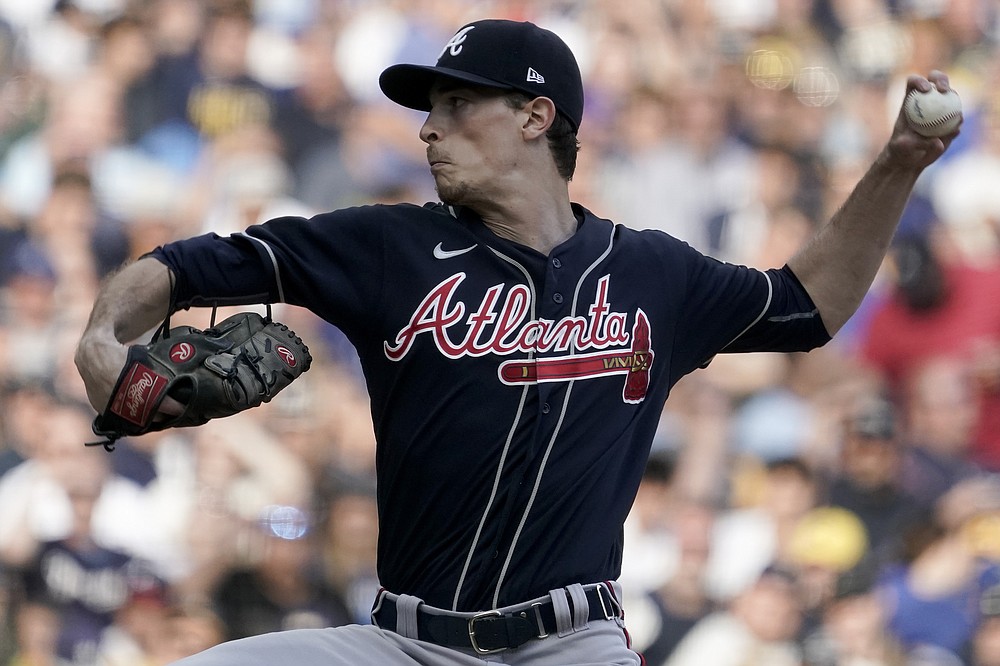 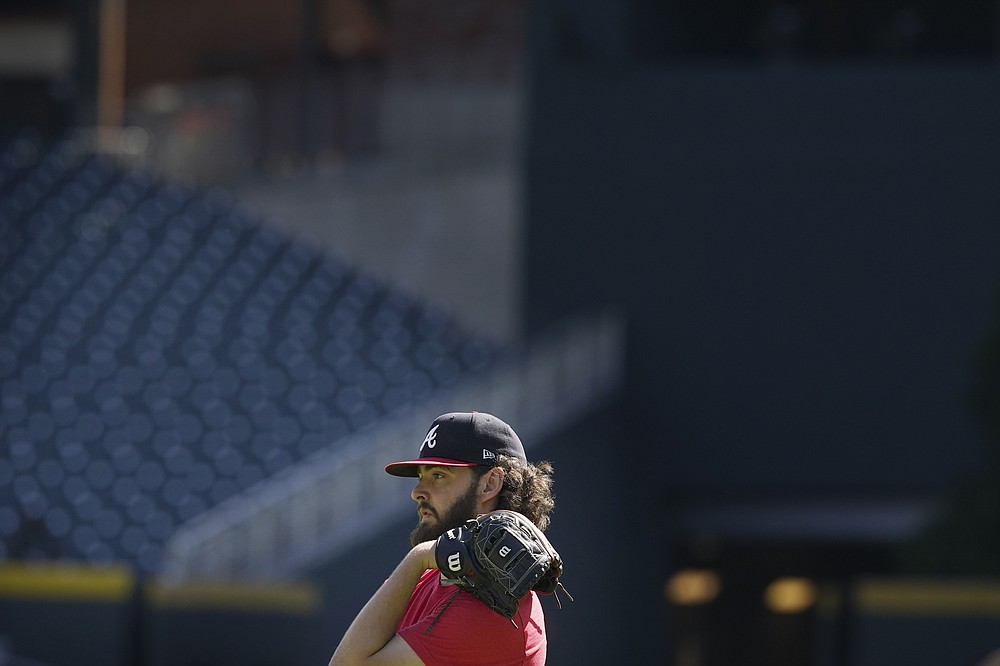 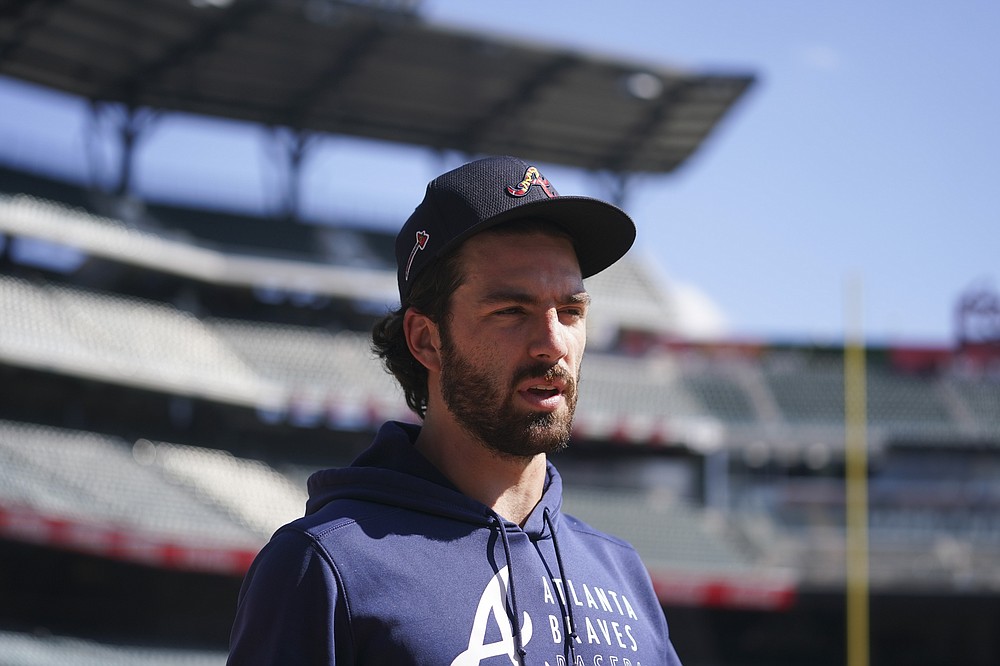 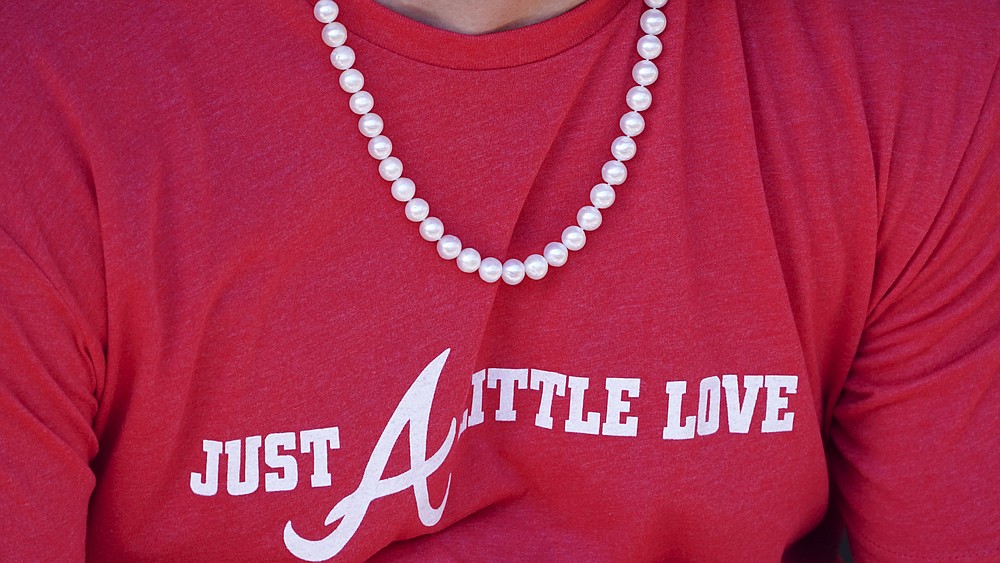